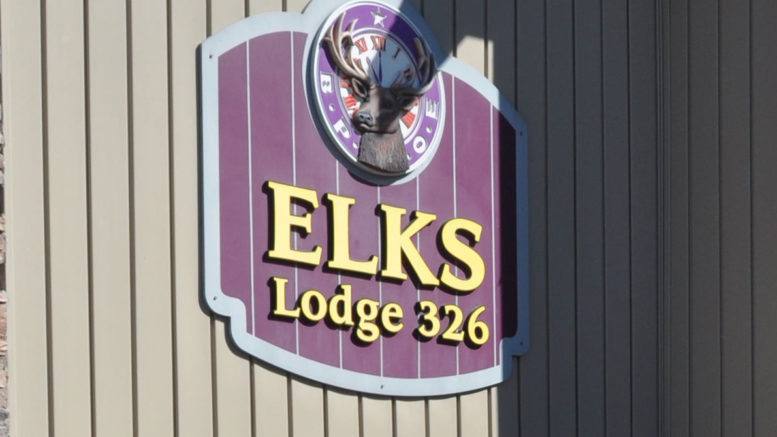 Developer Michael Hymus took an unexpected course of action early this week to attempt to convince councillors and the public that Picton Town Hall is not needed as a public meeting space.

Hymns, who was proposing to purchase the heritage building for $525,000 to develop low-cost accommodations in the form of a 50-unit pod style hotel and a possible food and beverage operation, took issue with comments made by Picton councillor Phil St. Jean at the Feb. 28 committee-of-the-whole meeting.

St. Jean was discussing a lack of public meeting space available. He noted the arena is not necessarily the most functional space for groups, the Lipson Room above Books & Company was lost to other uses, and the library space currently available and proposed is not a definite. He also described the Picton Elks hall as “absolutely overwhelmed” and said groups need to book three months in advance for space.

Hymus jumped on the latter comment, which he characterized as untrue and giving more credence to the Save Picton Town Hall Working Group’s plan to keep the hall in the public realm.

“It was very false and that statement was so detrimental to my cause,” Hymus said. “To have a councillor make such a bold statement was deflating to say the least.”

After hearing those remarks, Hymus was considering whether he had underestimated the lack of rental space available. He called the Picton Elks Hall and found 18 dates in March where there was availability from 4-9 p.m. Subsequently, he rented those nights and offered on social media to give them as free use.

Contacted by the Gazette, St. Jean stood by his comments and said he felt that Hymus’ position wasn’t helping his cause and, in his view, doesn’t mesh the contributions Hymus has made to the community.

“I have never, nor would I ever intentionally mislead council in an effort to sway others’ opinions. Michael’s assaults on my character and integrity are uncalled for, ill-informed and inappropriate.”

Hymus said he was his actions were driven by a genuine interest in finding solutions.

“When I see groups in despair, it really does hit a soft spot,” Hymus told the newspaper. “I started to investigate. The community centre is for all intents and purposes empty, the Elks Hall has vacancies and it’s already carrying activities like bridge clubs… It feels like people don’t want to play in the same sandbox.”

Hymus has demonstrated his interest in community building through major support for ventures like the Picton splash pad and the Wellington outdoor rink and he’s also built business by opening Angry Bird’s and the Midtown Brewery, renovating the building at the corner of Paul and Main streets to open the arts store Chord and Canvas, and developing branded accommodations under the Cribs moniker. He is also involved in projects to renovate the former Becker’s plaza on the town hill and the old Picton Manor building. He says he’s frustrated that people have accused him of being “money driven.”

“I put a lot more work into developing the community than I receive profit,” he said. “My gratification is in employing people and creating opportunities.”
Hymus told the Gazette he felt “100-per-cent justified” in pursuing the building to ease burden on the tax base while creating employment and accommodations. His proposed investment of $250,000 in the Picton library expansion was seen as a way to create alternative space. Hymus also said he’d like to see the County find ways to better utilize its community centre for local groups. Revenue from a sale could do that, he mused.

“One thought I had was to install a dividing wall to cut (Rotary Hall) into smaller sections, then you could cut the cost of the hall in half. It could be reduced greater by using it at off times between 9-5 at a reduced rate or a membership rate as opposed to a one-time fee.”

Hymus reiterated his position during an impassioned delegation Tuesday night. Though a majority of council didn’t agree, Hymus announced on social media he’d look for another way to be involved in the hall’s future. Hymus noted he’d e-mailed council with a request to be chosen as the anchor tenant for the main floor of the hall under the board of management structure. Working with Trevor Stenning, an experienced restaurant manager in the East Side Mario’s chain, he proposed to open a restaurant called the Fire Hall Grill.

“The restaurant itself would feature county inspired dishes served in a dining area which gives tribute to the county itself as well as the firefighters who occupied the building for over 100 years,” he said. “Great care would be given to restoring the front of the hall to its original splendour.”

He concluded by saying that he and Stenning would be thrilled to find out whatever opportunity may exist and “can’t wait to start injecting money into the fire hall.”

As for that space at the Elks Hall, Hymus said he was happy to support an organization doing good in the community. Those with sincere interest in taking him up on his offer can message him through Facebook or call him at 613-242-0008.