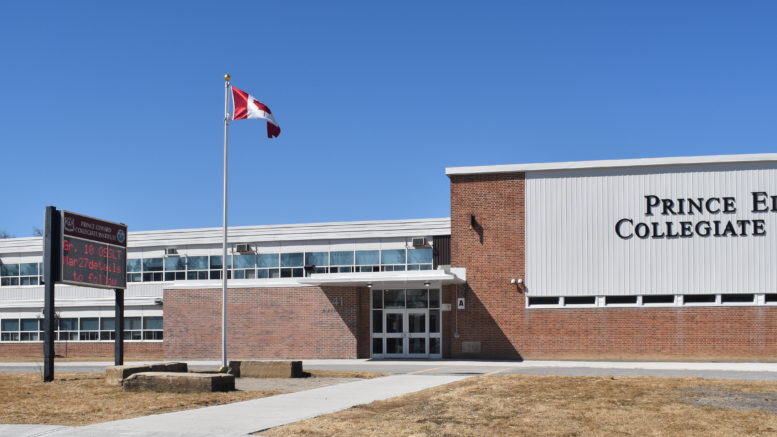 Sabre rattling and virtual hand wringing seem to be the most common response locally to a major restructuring to education in the province of Ontario.

Last week, Minister of Education Lisa Thompson announced her government was overhauling the way schools operate in Ontario, alerting parents, school administrators and educators that everything from curriculum to class sizes to learning methods would be changing when students return in September.

Among the education revelations revealed by the Ford government March 15 were increased intermediate and secondary school class sizes, new elementary math and sex-ed curriculum and a province-wide ban on cellphones in the classroom.

“Our plan will modernize the classroom, protect the future of the education system and ensure that Ontario students will acquire the skills they need to build successful lives, families and businesses right here in Ontario,” said Thompson.

It’s expected that the average class size requirement for Grades 9 to 12 will be adjusted to 28, up from the current average of 22 and the increase would align Ontario “more closely to other jurisdictions across Canada,” according to the provincial news release.

Ontario secondary schools currently have one of the lowest student-to-teacher ratios in Canada, Thompson added, and the change will be phased in over four years.

And while the Ministry of Education is claiming that no teachers will lose their jobs as a result of the restructuring, it’s expected increased class size levels will be achieved through attrition-primarily those educators going on leave and retiring will not be replaced by school boards.

Hastings and Prince Edward District School Board leaders seem to have concerns over the province’s cuts to education but administrators are waiting for more information from the province before commenting further.

“(HPEDSB) remains focused on student achievement and well-being. The proposed increase in average class sizes by the Ministry of Education is of significant concern. It is clear that teaching positions will be affected and that there will be an impact on the range of programming at secondary schools,” Board Chair Shannon Binder told the Gazette. “We hope to soon have details from the Ministry of Education about how its plan will support school boards to provide programs and services to help each student achieve success. We are pleased to see that the government continues to invite consultation and hope it considers input from school boards, as well.”

“We are awaiting more information from the Ministry of Education in order to check the new requirements against the collective agreement wording,” the Director said.

As to what the cuts will mean to specialized (university preparation and optional) courses and extra curricular activities such as clubs and sports, the Director was non-committal at this stage.

“We anticipate receiving more information from the Ministry of Education in the coming days about implementing its plan and how school boards will be able to maintain programming for students at appropriate staff levels in order to support inclusive educational experiences,” Savery-Whiteway told the Gazette via email.

But it’s clear both school boards and their employee groups are looking ahead to unsettled times in education next school year.

After the province announced it was back tracking on autism support cutbacks, the President of the Ontario School Public Board Associations Cathy Abraham publicly called on the province to have a sober second look increasing class sizes “during the consultation process that has been established.”

“Raising class size averages from 22 to 28 will have a dramatic and harmful effect on both students and staff in secondary schools across Ontario. We will continue to seek every opportunity to consult with the government on the impacts of any proposed changes to public education,” Abraham said in a statement.

Meanwhile, labour groups have been far more blunt about the education cuts.

The president said local students will see larger class sizes for compulsory subjects, the loss of smaller programs and these cuts will leave the most vulnerable students without the supports that they deserve.

“This government’s corresponding announcements about cell phones and sex education are an intentional distraction from the real issue which is the announcement of devastating cuts that are an attack on students and the quality of public education in Ontario. Cutting nearly 25 per cent of the teaching staff will destroy the ability of schools to meet the diverse learning and program needs of students. Our local area MPPs Todd Smith and Daryl Kramp have let our students and communities down,” Marshall said. “Their government is attacking one of the pillars of strong communities, which is a fully funded public education system with opportunities for all students.” said Scott Marshall President of the Local OSSTF District 29. “Students in Bancroft, Madoc, Trenton, Bayside, Belleville, and Picton will not have the same opportunities, nor have access to a strong, publicly funded education system as those before them if these announced cuts are not opposed. This government announcement is, at best, a recipe for inadequate schools and unmanageable classrooms. At worst, it is a recipe for chaos.”

Marshall will be at the Picton Town Hall on Thurs., Apr. 4 to meet with parents of school aged children in a presentation  entitled “Putting Students First” to discuss the proposed cuts to education and the effects on secondary students and the local community.

A question and answer period will follow the presentation which gets underway at 7 p.m.

Families, students and community members are invited to attend and parents of elementary-aged children are also encouraged to attend to learn about what their child’s education could look like in the very near future.