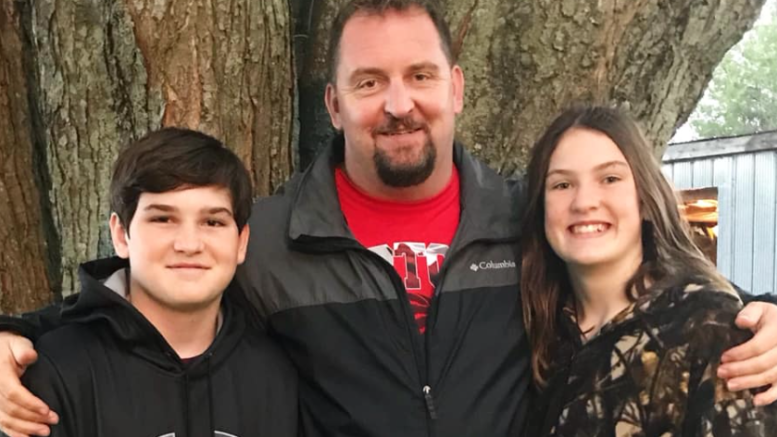 (Centre) Shane Wilkinson with his son Jakob and his daughter Tally. (Submitted Photo)

If there’s one universal truth about the closeness of our island community, it’s this axiom: Take any number of Prince Edward County people that aren’t well known to one another, put them in the same location away from home off the island and watch them become fast friends.

That’s how it came to be that Shane Wilkinson and Abigail Heffernan got to know one another, both of spending great amounts of time at Kingston General Hospital in the spring of 2016

Wilkinson was recovering after a horrific work injury and Heffernan, a PECI student undergoing chemotherapy treatments for Acute Lymphoblastic Leukaemia. 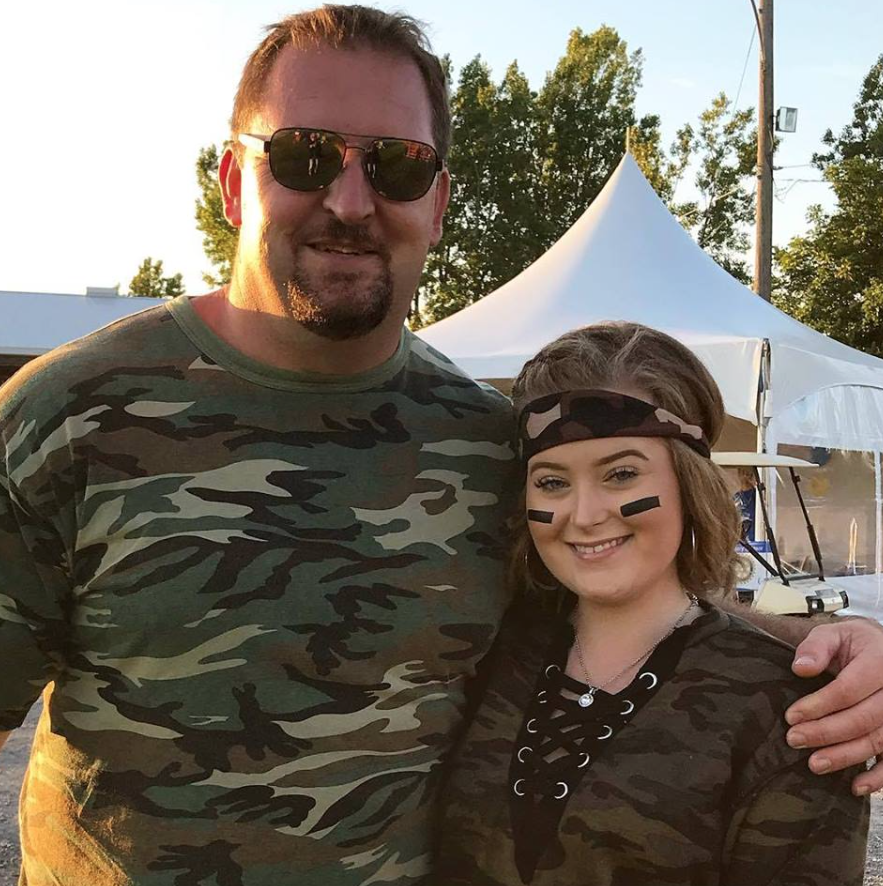 Shane Wilkinson and Abigail Heffernan at a recent Relay for Life event in Picton. (Submitted photo)

“I didn’t know her personally,” Wilkinson said. “I kind of knew her parents Garry and Lisa and had heard a little bit that that Abby was undergoing treatments.”

The accident nearly cost Wilkinson his life, his right leg and left him with months of recovery at KGH.

The prospects that Wilkinson would ever even walk again were grim at best but father of two has dedicated himself to his own rehab efforts and has regained a significant amount of independence and mobility.

In the days following the accident, Abby and her mom Lisa who would drop by from time to time to check on a fellow Prince Edward County native.

“A few times they dropped by to visit me and it completely blew my mind that she, with everything she was going through, would stop by to visit me,” Wilkinson said. “That’s really stuck with me.”

So much so that Wilkinson celebrated in Abigail Heffernan’s completion of treatment and the news she was in remission and felt the deep sorrow many of her supporters and well wishers did when it was found last month the cancer had returned.

“I felt I needed to do something to support her and her family,” Wilkinson told the Gazette. “I thought back to the recent Relay for Life event and I was only able to walk a lap or two but I thought if I could train and drive myself to get better, I could do something more.”

This Saturday, Wilkinson will be taking to the track at Lehigh Arena in Wellington for a 10 km walk which works out to about 50 laps and the North Marysburgh native will be collecting money to support the Heffernan family as their daughter battles cancer again.

“Physically it’s a challenge no question but mentally it’s hard as well because coming out of the accident there were a lot of questions as to whether I could every even try anything like this,” Wilkinson said. “But Abby has been such a inspiration and a motivator for me while I go down my path that I have to try.”
Wilkinson has been training for the walk and completed 36 laps on Tuesday.

With Saturday serving as the Prince Edward County Minor Hockey Association Championship day and summer minor sports sign up day at Lehigh Arena, there should be plenty of people at the rink to cheer Wilkinson on and donate money as Abigail Heffernan starts another cycle of treatments in Kingston.

“We will be accepting donations at the rink and I think it’s going to be good for me because there will be a lot of foot traffic and people in the stands. It’s better than just an empty arena,” Wilkinson said.

Wilkinson will be at Lehigh with his supporters at 9 a.m. To meet with anyone and will start his walk at 10 a.m.

Email donations are accepted at shanewilki19@hotmail.com and for more information call 613-403-7937.