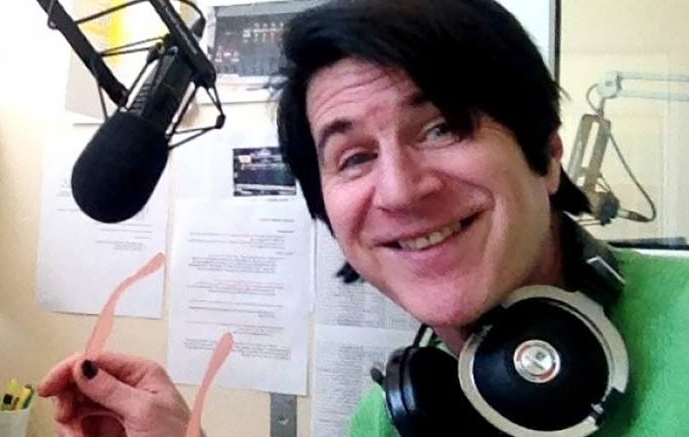 Listeners to the community radio station County 99.3 FM were shocked and saddened to learn a long time host of a popular program passed away tragically this weekend.

Bobby Gale, host of the ‘Sunday Glide’ program was returning from a concert in Montreal early Saturday morning.

According to Frontenac OPP, at at approximately 3:50 a.m. April 13 officers responded to a report of a pedestrian being struck by a tractor trailer on Highway 401 westbound about one km east of Highway 15 in the City of Kingston.

Gale, 62, was pronounced deceased at the scene.

The OPP Technical Collision Investigators (TCI) were called to assist with the investigation and, as a result, OPP do not anticipate any charges against the transport driver.

Gale was involved in the radio industry for decades and his smooth announcing voice stuck with listeners during this professional stops at stations in his hometown of Windsor, Ann Arbor MI, Winnipeg, Montreal and Toronto.

Johnson hosted a tribute show on Sunday which included a 2014 interview with Lynn Pickering where Gale spoke of how his mother influenced and encouraged his love of music and how the internet had changed his business.

Always candid and outspoken, Gale also revealed the performer he most admired and the one he disliked.

In a heartfelt post on the County 99.3 FM facebook page, Johnson told 99.3 FM listeners the radio and music industry “lost a good one.”

Johnson labeled Gale a “Legend” and a “friend of thousands and a personal friend for 45 years.”

“He was a passionate champion of music and many artists domestically and internationally have benefited from his management, friendship and guidance,” Johnson said. “In the last few years (Gale), among all the things he had on the go, he returned to his radio roots on County-FM in Prince Edward County where as a great volunteer he performed his very popular and unique ‘Sunday Glide’ show. We are forever grateful Bobby for all that you have done for all of us.”

The program, described as “Left of Centre” by one dedicated fan, introduced Prince Edward County to a great number of bands and genres of music that aren’t normally channeled through commercial airwaves but are enjoyable, rich and deep nonetheless.

Gale took pride in offering factoids about the music and musicians to help provide a better listening experience.

New County FM General Manager Craig Mills said Gale had visited the station just days prior to the accident to drop off gifts for the station’s upcoming radiothon.

Mills said Gale was upbeat and positive as always and it was difficult to digest this tragic news.

“My deepest condolences to Bobby’s family, friends, and his fans,” offered Mills on the County FM facebook page. “He brought great enjoyment to listeners introducing us to emerging artists from around the world.”