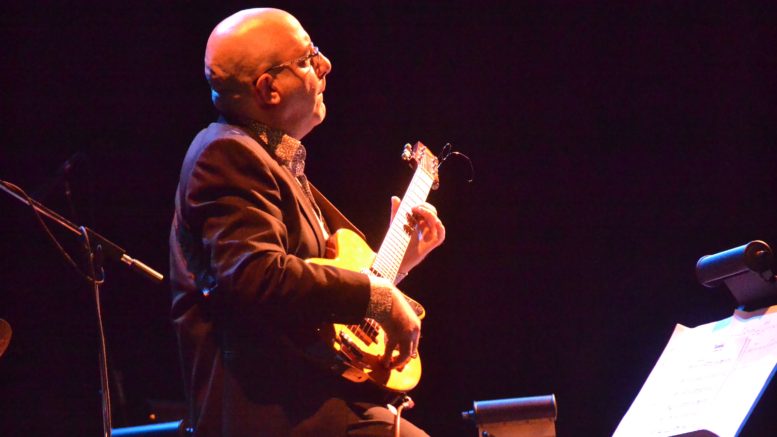 It’s nearing that time of year to break out the saxophones and wet your reeds because the world class Prince Edward County Jazz Festival is almost here.

Friday at Huff Estate Winery was filled with excitement and joy as the 19th annual PEC Jazz Festival lineup was announced.

“This is our 19th year which amazes me, so next year will be a big celebration but there are some pretty wonderful things this year. I always get excited about it each year but this year is different for us,” said Brian Barlow, Creative Director of PEC Jazz festival.

This season’s lineup features a number of nationally and internationally renowned artists flocking to Prince Edward County in mid-August.

“When we chose the rising young star, we try and make sure they come back,” Barlow said. “We don’t just say congratulations you won the award, here’s the money, see you later, we have an on-going relationship with all of our young stars going back about a decade.”

The music moves to the Regent Theatre on Thurs. Aug 15 when Colleen Allen, a Toronto-based saxophone player celebrates the year 1959.

“The year 1959 won’t mean a lot to people until they start seeing what happened that year. Critics have called that year, the year that changed jazz,” said Barlow. “Miles Davis’ Kind of Blue came out that year, Dave Brubeck’s Time Out came out that year, John Coltrain’s Giant Steps, the list goes on and on. So Allen put together this great concert celebrating those classic albums, which is really cool.”

On Fri, Aug. 16 Jane Bunnett and Maqueque will be at the Regent Theatre. Bunnett is a multi Juno award winner and Grammy nominee and fell in love with Cuban music many years ago.

Now the all-female group tours all over the world.

Proznick is a bassist from Vancouver and was nominated for a Juno award this year with her album called Sun Songs. 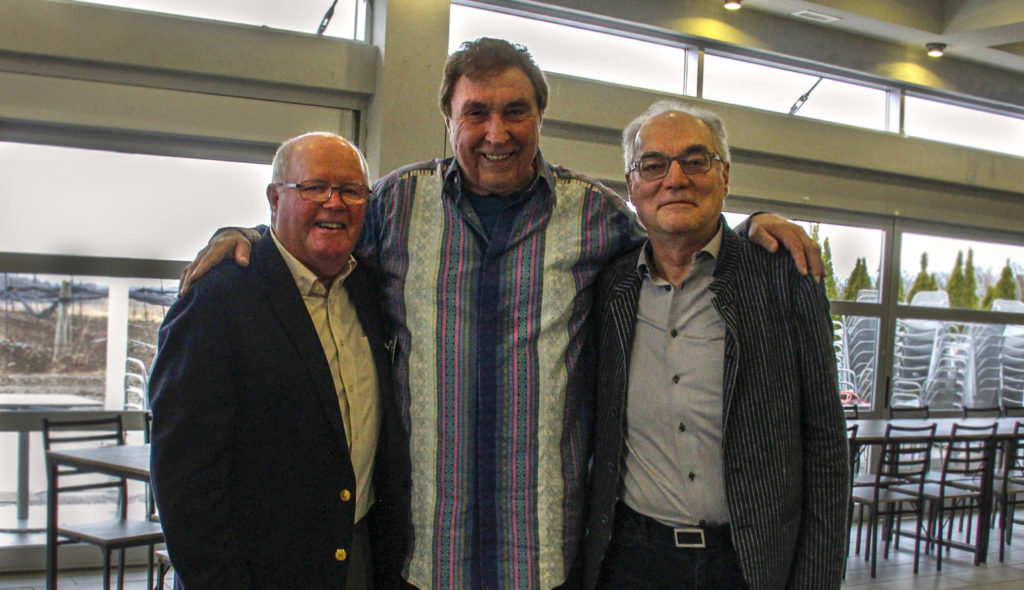 “Way before the Juno was handed out I said ‘I want you to come up and do this,’ so she’s (Proznick) is performing that whole album in the first half of the show,” Barlow said.

In the second half, the Mike Murley Trio will take the stage.

On Sun. Aug 18, The Brian Barlow Big Band closes out the festival at the Regent Theatre as they will be shining a new spotlight on Oscar Peterson’s beloved Canadiana Suite, as well as music that defined Duke Ellington at the 1956 Newport Jazz Festival.

“We are going to perform something that’s not performed often,” said Barlow. “Oscar Peterson wrote something called Canadiana Suite in the 60’s and it was for the Oscar Peterson Trio. A gentleman named Ron Collier orchestrated it for big band in the 1990’s and It’s never been recorded and it’s only been performed a handful of times. I like to celebrate Canadian music and it’s not often you have that with the big bands who can do the Oscar Peterson Canadiana Suite, so I’m excited about it.”

Barlow said historically the jazz world has always been predominately male but the PEC Jazz Festival student programs are typically the opposite, with far more female artists and performers.

Barlow said that was encouraging to see, but it takes along time to get a gender balance into the professional jazz world and it hasn’t quite reached the university levels yet in terms of music education.

“So that’s something that’s on our mind when we’re thinking about our lineup yet it’s not something I really wanted to mandate so we just made a decision this year about who we wanted,” Barlow explained. “Everybody on the committee submits a list and primarily, most of our main stage artists ended up being female, not because of any mandate or feeling we should do it, just that it happened, which I think is a better way for it to happen because I don’t think I would want anyone to hire me because of something other than my ability, so that’s kind of cool.”

The festival has been very fortunate for several years to have a dedicated sponsorship group.

Janet and Ken Harnden of Pinnacle music, Yamaha Canada, Libby Crombie and Mark Rashotte from Royal Lepage, Celia and Peter Sage of Sage Design and Construction and Jason Sharpe and Lanny and Catherine Huff of Huff Estates are this season’s main stage sponsors.

“Without the assistance of all of the aforementioned sponsors, our ticket purchasers and our program advertisers, we would not be able to execute the festival as we do not receive funding from any government agencies,” Puddy said. “I would be remiss if I did not mention Nora and Chris Rodgers who host some of our performers at the Waring House and host our overture dinner and concert in the Waring House conference centre.”

Roli Tipper and Ken Harnden have been instrumental in gaining new support for their jazz-ed program and are also sponsors of the festival.

“We sponsor this because high-quality jazz needs to be promoted and made easily available in our own backyard,” said Tipper of Tipper Financial Services

Barlow, a county native, is in his 16th season helping organize the festival and the work with students is what has become a very important part of the festival and will ultimately be the PEC Jazz Festival’s enduring legacy.

As Prince Edward County becomes more known and a lot of other things become world class like the wineries and restaurants, it becomes less unusual to have a big jazz festival.

“It’s something I continue to set the bar high for myself to make sure were keeping that level up. We present artists here. I know one year we had an artist at the Regent and the tickets were $38 back then, there $42 now I think. Two nights later that same artist was in Toronto performing for $100. It made me kind of happy that we can present that kind of artist here and still keep the price reasonable,” Barlow declared. “It’s part of, to me, what living here is all about, I don’t miss anything and I don’t feel like I’m in a cultural wasteland here. It’s quite the opposite. There’s theatre, there’s restaurants and anything you want, so the idea of that for my own selfish pleasure to hear great jazz. Every night at the Regent Theatre I stand up there watching and think, wow this is pretty good. So there’s another reason why I do this.”

Barlow likes to think the festival played a role in putting Prince Edward County on the map and a lot of people who came out here didn’t know about it at first.