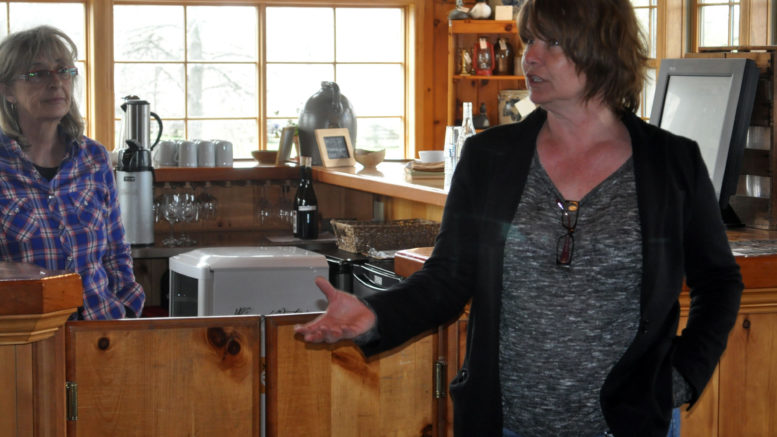 Included in Minister of Finance Vic Fedeli’s presentation last week were provisions that would allow licenced businesses to open at 9 a.m. and offer more flexibility than the by-glass portion limits imposed on farm gate sales at wineries, breweries, and cideries. The government also scrapped implementation of a planned one-per-cent tax increase on sales through the LCBO.

“Yes, leaving Prohibitionist-era policies behind is a positive step that will be popular with some voters. But to spur job creation and small-business growth, we need real, decisive action and relief from a punitive tax structure,” he said. “The benefit to the craft wine industry of many of the current changes is limited — longer serving hours, more venues to consume alcohol, and larger serving sizes would middle benefit larger wineries with a significant hospitality business, and we have a few meters like that, but I don’t see it helping small wineries sell more wine or expand their vineyards.”

Kuepfer said a delay in bumping up the LCBO markup will be beneficial, but it’s not a growth strategy.

“That’s just deciding not to further suppress our industry’s viability,” he said.

The Grange of Prince Edward’s Caroline Granger, a member of Ontario Craft Wineries, agrees with Kuepfer’s assessment. She is hoping that through a consultation process the government has started with over 33,000 consumers and businesses, further change will come.

“They’ve been talking about ideas for distribution for a while. As I’ve said before the devil’s in the details. It might be great, but it’s really hard to know in the absence of a plan. What’s missing in this budget is any kind of answer to our request for real tax reform.”

Granger said there are two taxes local winery operators are concerned about. The first, which she said dates back to the early 1990s, is a surtax to place a bottle of wine on an LCBO shelf worth 35 per cent of the retail value. It’s equivalent to the taxes paid on imported wines. While the budget prevented an increase in that tax, it still cuts into a producer’s costs as they try to absorb that loss to keep shelf prices similar to those charged at the winery itself.

“It’s been a barrier to small wineries engaging in the only retail option there was in their province,” Granger said.

Previously, the government introduced a rebate program that would allow wineries to receive some of that tax back, making it easier for them to access that market. The money flowed through the Ministry of Agriculture, Food and Rural Affairs. Granger was hopeful that program wouldn’t be affected by austerity measures. 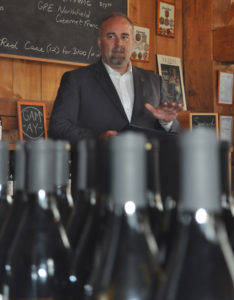 “Currently, our program is one that does, at least in a small way, address inequality about taxation and it helps us, particularly the very small wineries. It levels the playing field a little bit around import tax relief,” she said. “For wineries in Prince Edward County, it is a very, very anxious time right now.”

The tax also appears counter productive to allowing the local industry to grow and flourish. Ontario wines hold only an eight-per-cent share of LCBO shelf space, compared to other countries that allow their producers a significant majority of their shelf space and offer them subsidies to export into other markets.

The other, a direct 6.1-per-cent tax on wine regardless of sale location, is one Granger said seems excessive given the economic impact the sector offers. She mentioned that tax isn’t one a customer sees on his or her bill, so to be competitive, wineries are making less profit margin than most would think.

Granger said further discussions on the subject will be crucial to the industry’s future.

“Getting it right will be critically important for small wineries across the province and particularly important for Prince Edward County’s wine industry. It’s still so new. We are, arguably, in our infancy,” she said. “We know this industry in the county has been driving an lot of growth and creating a lot of jobs. I don’t know if it will continue.”

Granger said, however, she still believes Bay of Quinte MPP Todd Smith can be a champion for the industry at the cabinet table at Queen’s Park. He has a history of working for it, introducing a private member’s bill to improve access to distribution systems while in opposition.

“I believe Todd wants the wineries in his back yard — I’m sure he wants wineries everywhere in Ontario — to flourish. He’s well aware of the small wine industry in Prince Edward County and I believe he believes in its potential. I’m very hopeful he will be a strong advocate for our industry at Queen’s Park.”

Granger said she’ll take a wait-and-see attitude to some of the distribution changes the government has talked about. While she said wineries would welcome more opportunities to sell to the public, she’s concerned that corner store and grocery store sales could favour big brands with low prices based on scale.

“That isn’t where small Ontario wineries, particularly in Prince Edward County compete well. If there’s a component for small private retailers— and it looks like they’re considering that — I believe that would be helpful.”

She said she doesn’t feel a lot there would be a lot of demand for 9 a.m. wine tasting, but said easing restrictions to allow for bottle sales or large glass sales at a winery has merit.

“It’s a bit of red tape improvement that is certainly helpful, but I don’t believe it’s the answer to all our problems — but any red-tape reduction we can get in an industry that is so heavy with red tape is an advantage.”

During the consultation process, PECWA made six recommendations to the Province on the issue. In addition to scrapping the LCBO import tax permanently and eliminating the 6.1-per-cent wine tax, they’re also calling in the government to expand direct delivery for 100-per-cent Ontario wines to all new retail outlets, allowing private wine shops or liquor stores to open and be licensed without discrimination based on size. A rule to prevent oligopolies was also suggested, limiting private retailers to a maximum of 7.5 per cent of licences. Lastly, it suggested wineries be able to open additional retail locations without having an operating winery at each site.