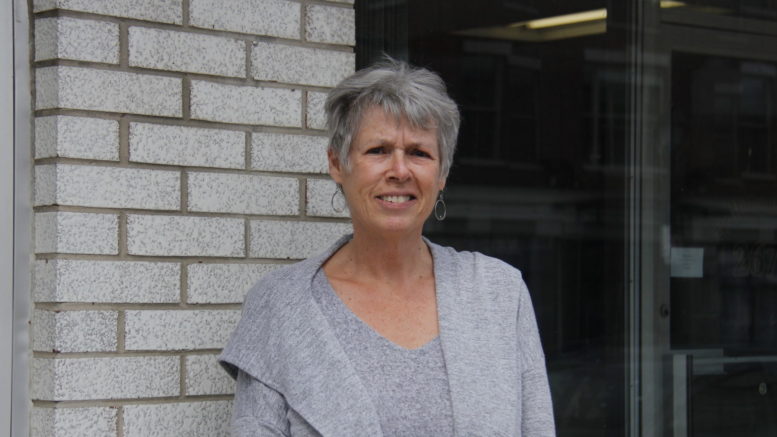 The Derrick Murdoch Award is a special achievement award for contributions to the crime genre handed out by the Crime Writers of Canada (CWC) and this years winner is Prince Edward County-based writer Vicki Delany.

Delany is beyond ecstatic winning the award and being recognized for not only her writing but contributions to the Canadian crime writing community.

“I was really thrilled winning the Derrick Murdoch Award,” Delany told the Gazette. “It’s like one of those lifetime achievement awards so it’s not just about my books or my writing, but it’s also for things that I’ve done for the crime writing community and I’m really pleased that they honoured me that way.”

Delany is a successful and prolific Canadian writer/author of 34 published books…so far.

“It impacts me not so much as a benefit,” Delany said. “It’s nice to be able to meet readers and people that are beginning authors and I can see what people are doing and what’s happening out there.”

Delany is also one of the organizers of the Women Killing it Festival here in Prince Edward County.

The annual later summer festival brings together some of the best female crime and mystery writers in Canada for a weekend session of book discussions, presentations and workshops.

“I believe in promoting Canadian crime writing,” said Delany. “I believe Canadian fiction doesn’t get the recognition it deserves in Canada or abroad and I think we all need to try and do what we can to increase the profile of ourselves as writers and of the genre that we write in.”

In addition to her award, Delany’s novella Blue Water Hues, has been nominated for an Arthur Ellis Award for best novella, and her novel A Scandal in Scarlet is on the 2019 short list for the Bony Blithe Award for best light mystery novel by a Canadian.

“What I’ve written for adult literacy has been nominated for an Arthur Ellis award. The award is a Canadian crime writing award. The book that’s being nominated is called Blue Water Hues, about a young Canadian paramedic working in the Caribbean, it was written for adult literacy, it can be enjoyed by other people but its mainly an adult literacy book.” stated Delany. “One of my other novels, A Scandal in Scarlet, one of my Sherlock Holmes bookshop novels has been nominated for the Bony Blithe award this year, which is an award for a light mystery written by a Canadian.”

Delany started out taking four years to write her first book but she now writes three a year and says its a full time job.

“It’s what I do,” Delany said. “I’m a fairly prolific writer, there’s no particular reason I know of that I write quite quickly, I just do.”

Delany, with much appreciation mentioned the organization and her peers who recognized her efforts with the Murdoch award.

“I really am very pleased that they honoured me with the Derrick Murdoch Award and I would like to thank them very much,” Delany added. “It’s an award given by my peers who appreciate what I’ve done and not only in writing, but in promoting other peoples writing.”

Delany isn’t 100 per cent sure where her inspiration comes from, but she knows she has the drive to continue to publish page turning crime tales.

“I guess at this stage in my writing I’m just doing it because it’s what I do,”  added Delany. “My inspiration is I just like to write. I mean I wouldn’t write if I didn’t like to, I don’t ever do anything I don’t want to do anymore. I’m at that stage now where I can do that, it’s not what I depend on for my living so I just write because I like to do it and I want to do it.”