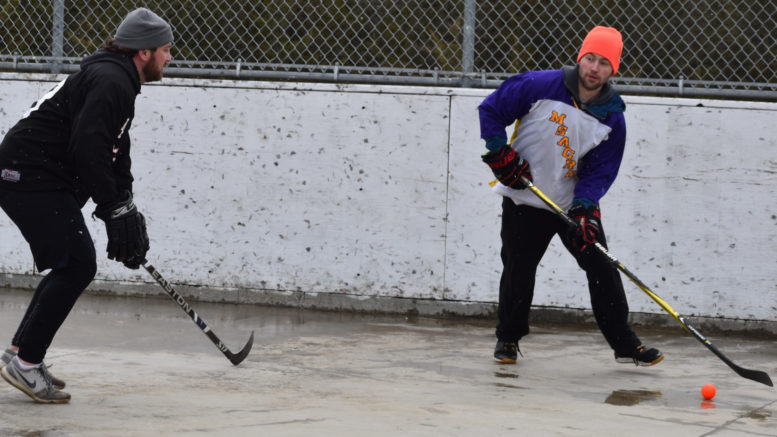 Amid the snowflakes and flying street hockey balls at the Demorestville rink on Saturday, a good cause was being supported and tradition was being continued.

To that, one could also add friends were being made and acquaintances were being renewed. 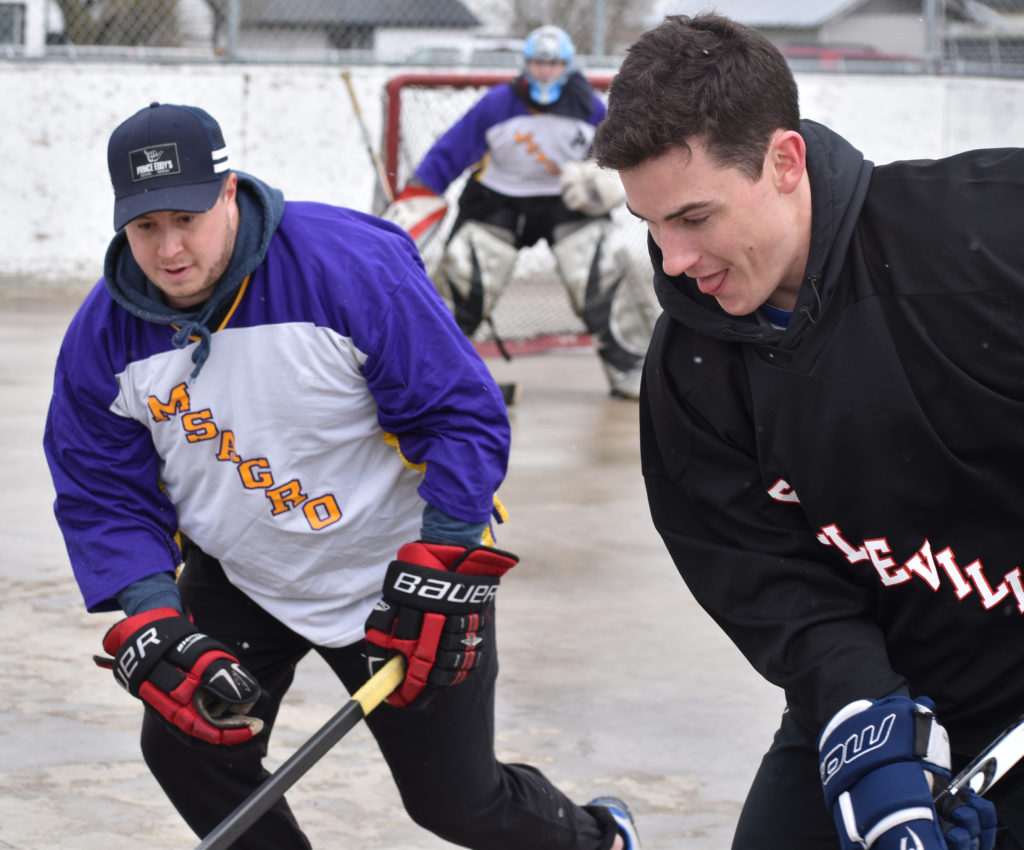 To many, the term Heritage Classic might have to do with the annual outdoor National Hockey League game staged in Canada in the late fall or early winter.

But locally, the Heritage Classic is a road hockey tournament that got its start in Ottawa by some Prince Edward County transplants and has made its way back home, held annually for a good cause and good fun.

Organizer Eric Hayes said he was thrilled with this year’s edition of the tournament which featured entries from all over the Quinte region as well as a team from Ottawa.

In total, over $500 was raised for the local Canadian Tire Jumpstart program.

The program is administered by the ROC and helps local families offset the cost of youth sports registration.

“All of us grew up playing minor sports of some kind and while you don’t think of it when your a kid, the costs can be pretty high for families so to give back in this way feels pretty good,” Hayes told the Gazette.

If you’re a follower of the Wellington Dukes and the Picton Pirates, the event is as close to a informal alumnus gathering as one could get.

Past Wellington players including Cam Yuill, Zach Blake, Mitch Rosborough and Will Healey took part as did former Jr. A standout and current Dukes Marketing and Sales Director Joey Davies.

“It’s a great way for us to connect with each other and to meet the current players as well,” Hayes added. 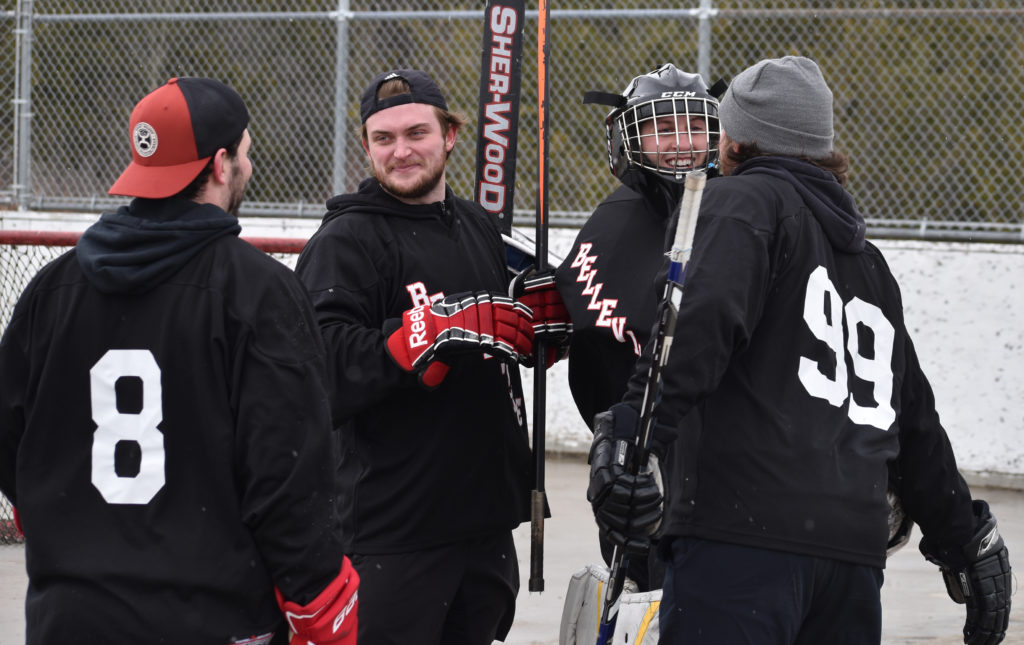 The player that won Game 1 of the 2013 Schmalz Cup for Picton with a double overtime winner admitted he pulled rank when it came to the naming of the teams.

“The current Picton Pirates wanted to call their team the Rats but that’s our nickname,” Hayes said with a laugh. “We called them the Mice and it seemed to work out ok for them.”

Even some of the more, ahem, experienced members of the junior hockey fraternity got involved on Saturday as a McDougall-Stanton Insurance sponsored entry featuring the likes of Darren Yuill, Don Stanton and Mike Davies got in on the act.

In the end, it was the Tye Eaton-led Mice that included current Pirates Nate Boomhower, Cole St. Pierre, Connor Kennedy and Justin Arnold that made it to the finals but they were unable to down the Heritage Classic Cup Champion Slippery Bandits.

The Bandits were led by tournament MVP George Goddard and Bryce Timm who each scored goals.

Dylan Lockyer, organizer of the original Heritage Classic that was held in 2004 and who turned over the tournament to Hayes three years ago was impressed with the charity element.

Last year’s event in the aftermath of the Humboldt Broncos bus tragedy raised over $2,000 for the Bronco Gofundme intiative.

“Hats off to Eric for picking up the ball, carrying on the tradition and finding a way to support a great initiative like Jumpstart,” Lockyer told the Gazette Saturday. “What started out as a few road hockey games between friends from the County in Ottawa has sure turned into something really awesome and it’s great to see it in such good hands.”