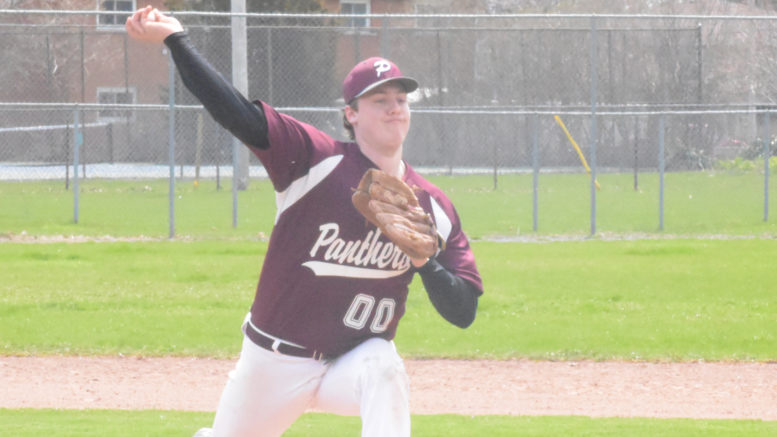 BRINGING HEAT- PECI's Brodie Byford was perfect in his three innings of work in the Panther's 9-2 win over visiting Bayside Tuesday as he struck out all nine batters he faced. (Jason Parks/Gazette staff)

If there was any diamond rust on the PECI Panthers it was quickly shed in a pair of decisive wins at Wellington’s Field of Dreams Tuesday.

On the strength of their arms and some thunder it their bats, the Panthers swept a morning-afternoon double header against the visiting Eastside Secondary School Ravens and the Bayside Red Devils.

In the early game on Tuesday, the Panthers got four no-hit innings from starter Will Ronan and then freshman infielder Aiden Reddick had a strike out and a walk to cap off a shortened five inning 10-0 romp.

In the afternoon game against the Red Devils, starter Brodie Byford was throwing smoke from the start of the game and had nine strikeouts over his first three innings of work as the PECI hammered Bayside 9-2. 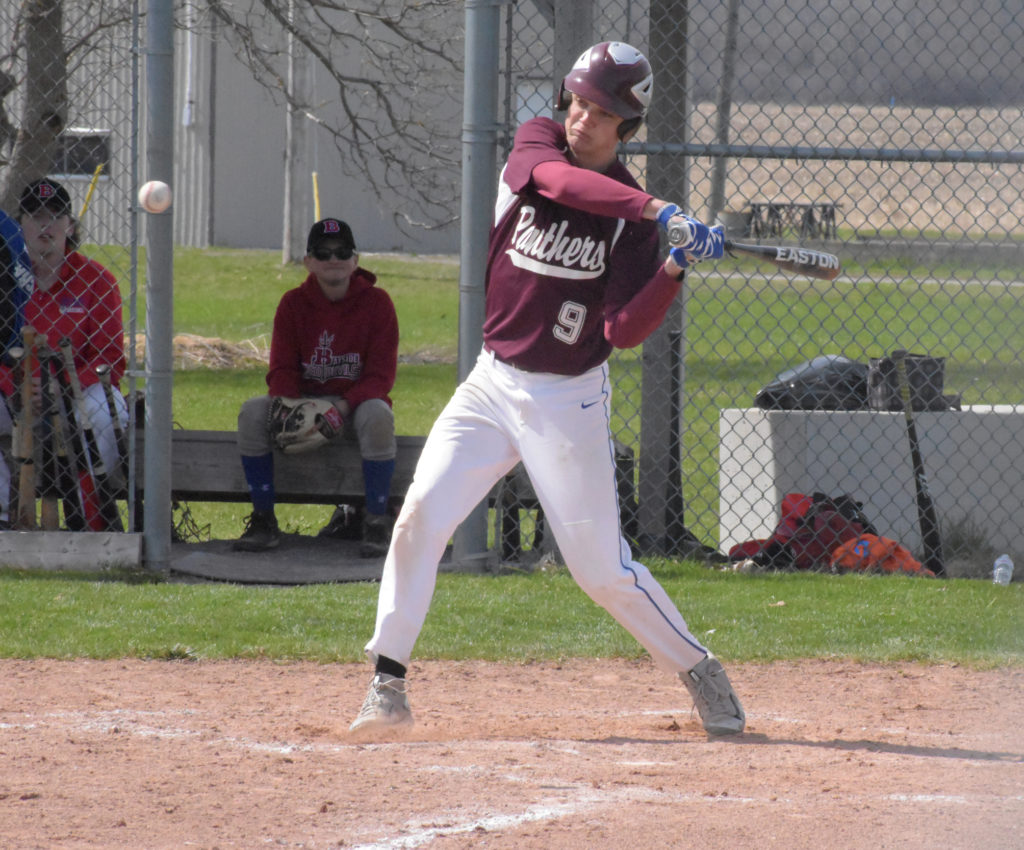 LOADING UP-PECI’s Will Ronan prepares to belt a ball during his club’s 9-2 win over the visiting Bayside Red Devils at Field of Dreams in Wellington on Tuesday afternoon. (Jason Parks/Gazette staff)

PECI (2-0) will host the St. Theresa’s Titans on Thursday, May 9 at Field of Dreams in their next home action.

Panthers skipper Matt Ronan said in spite of the lopsided scores, there was still some improvement needed by the club before they play the toughest test of the season in the form of the Titans.

“It’s good to get off on a winning note especially in this shortened season but we are still figuring things out and trying to develop that baseball IQ,” Ronan told the Gazette.

In the season opener, PECI had a very productive bottom of the first to build a 4-0 lead as Ben Wells drove in lead off hitter Cooper Rogers and then came around to score on Byford’s ringing double.

Buford would be plated by designated hitter Nolan Steen in the next at bat with a second consecutive double and Steen would score on a deep sacrifice fly off the bat of Nolan Dawson.

“There was solid contact up and down the lineup in the first game,” Matt Ronan said. “We were prepared to hit and it showed.”

Thomas Davies would come around to score in the second thanks to a Cooper Rogers base hit RBI to make it 5-0.

In the third, Wells lead off with a solid double and scored off Byford’s single who would come around to score on McQuaid’s sac fly to make it 6-0.

The Panthers would push the Ravens to the brink of the mercy rule in the bottom of the fourth thanks to RBI’s from Kaleb Stacey, Will Ronan and Wells.

In the top of the fifth inning, Matt Ronan handed the ball over to third baseman Aiden Reddick who kept the shortened no-hiiter in tact.

“He got the start at third base as a Grade nine player because there was an opportunity and he took it,” Ronan said. “Then he did a great job closing out the game in the top of the fifth.”

Roddick and catcher Bob McGrayne star in the summer time for the Napanee Express fastball club and Ronan said their skills are transferrable to the baseball diamond.

“McGrayne is very solid behind the dish and shows great poise,” the coach added.

In the second game of the day, PECI rolled over the visiting Devils in a bit of a sloppy affair the the Panthers took advantage of some Bayside errors and miscues.

And while Byford might have run into an out in the bottom half of the first, forgetting how many outs there were, he was dominant from the rubber.

“(Byford) stuck to fastballs and didn’t mess around,” Ronan said. “He was around the zone all day.”

The pitcher would cash a pair of runs in the first while Davies and and McGrayne would score in the bottom of the second to push the Panthers out to a 4-0 lead.

It was 5-2 in the bottom of the fifth when PECI again flexed their batting muscles as base hits from Cale Carter, McGrayne, Dawson and Steen all lead to a four run outburst and effectively ended the game.

Logan Blower, who came in for Byford in the fourth inning, had a pair of strike outs in the top of the sixth inning to close out the contest and end the game on account of domination.

“(Logan)’s one several guys on this team that’s developing and while he gave up two runs, I like how he responded and hung tough,” the coach added.

Overall, the club’s depth impressed the coach on Tuesday but he knows the club will need to be much sharper against St. Theresa’s next Thursday.

“They are going to give us our best game and it will be a good measuring stick to see how our skills, baseball IQ and our depth compare,” Matt Ronan said.