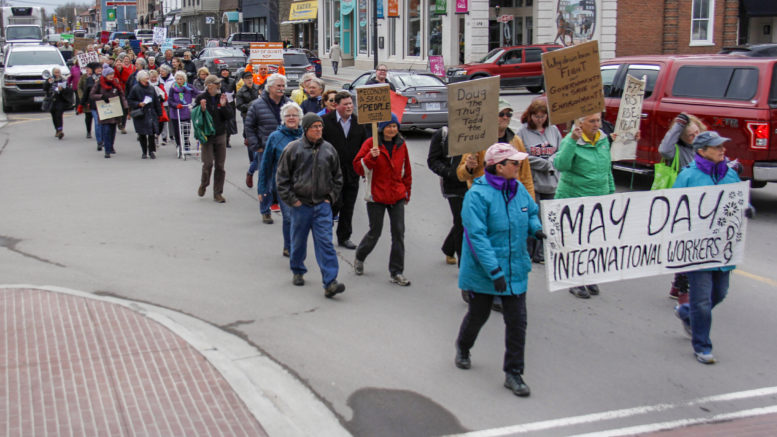 MIGHTY MARCH- International workers day was met with a local May Day march on Main Street in Picton on Wedsnday. The march started at the Cenotaph and continued down Main Street and headed to Town Hall via Ross Street where Food Not Bombs provided free bowls of chili. (Desirée Decoste/Gazette Staff)

Hoping to prove the flip-side of anger is hope, a peaceful Picton contingent taking part in the province-wide ‘May Day March Against Premier Doug Ford’ originated with a large group of concerned citizens flooding the area around the cenotaph on Wednesday.

An estimated 150 attendees gathered to chant and express their concerns regarding recent cuts made by the Government of Ontario. 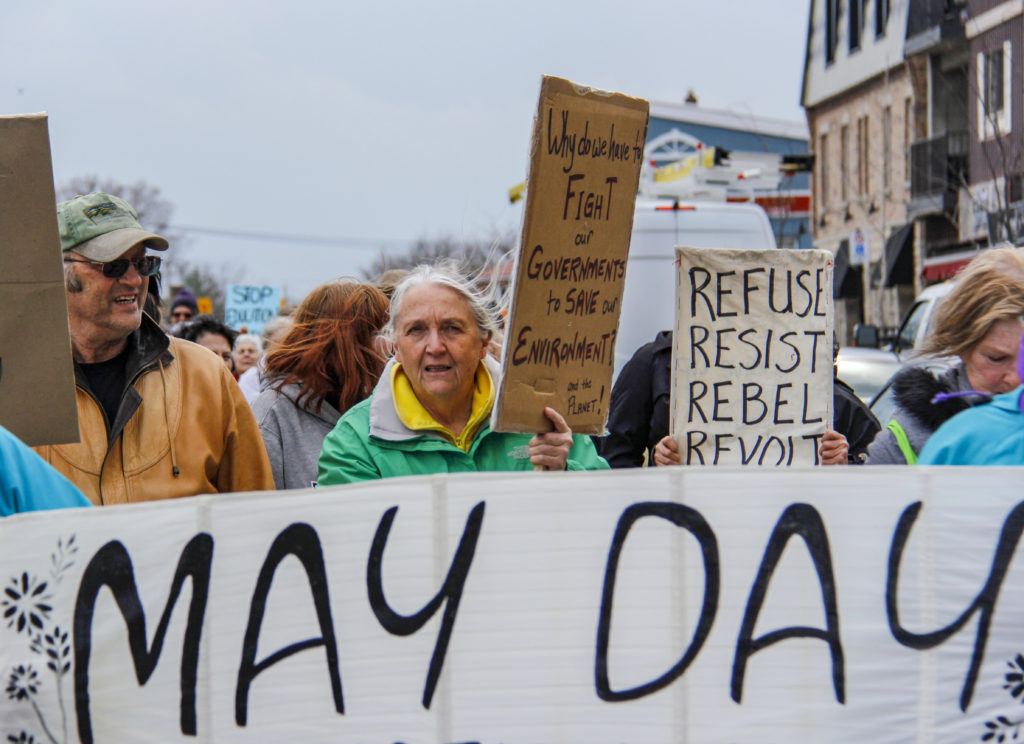 From the cenotaph, the sea of people parted traffic down Main Street on their way to a Food Not Bombs Meal at the Picton Town Hall.

The protest was organized as part of a province-wide general strike to take place May 1, which is International Workers’ Day.

Premier Ford’s government has made many budgetary cuts since coming into office and among the cuts propagated by the Ford Government are slashes to provincial library service funding and free tuition for low-income students.

Prince Edward County protesters were not alone in marching to decry the government’s recent cuts with organizers in over two dozen towns and cities across Ontario organizing similar protests.

Speaking with protestors many of their sentiments echoed those displayed on placards held high.

“Every time Conservatives come into power, they do the same thing,” said former Conservative party member Sam Bell. “They falsely claim that there’s some sort of problem with spending when this province has the lowest per capita spending of any government.”

When asked what cuts she felt would impact Prince Edward County residents the most, organizer Christine Renaud pointed to the scrapping of labour legislation that canceled a planned hike of Ontario’s minimum wage to $15 per hour. 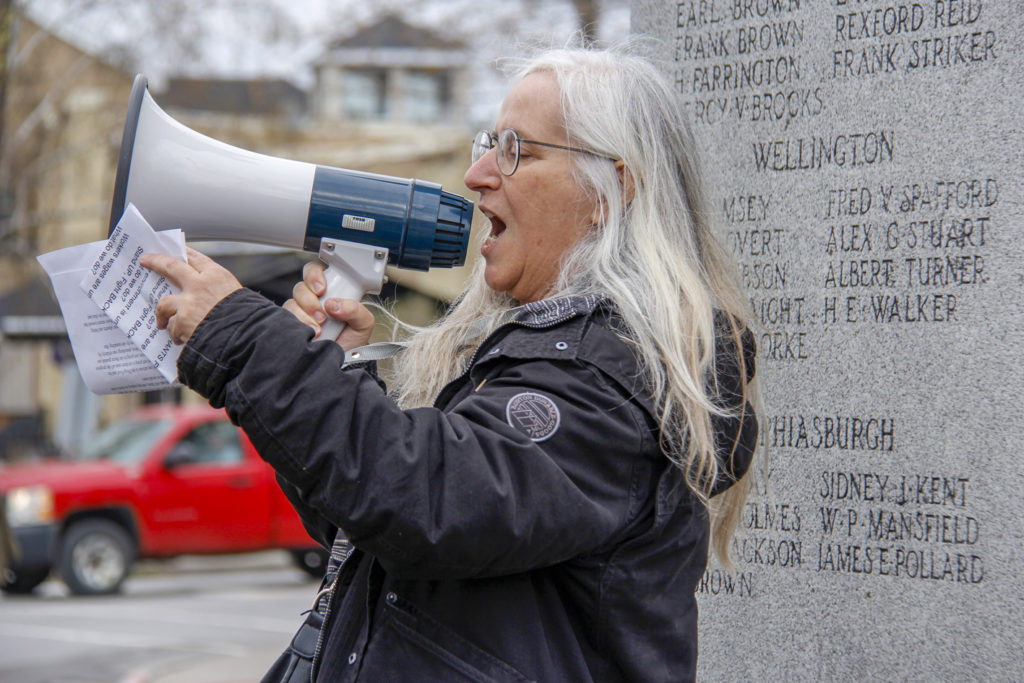 “The cuts that likely affect the County the most are similar to what will affect people everywhere, but specifically, the County needs better wages so the scrapping of Bill 148 means workers will lose out, especially part-time workers, temporary staff, or contract workers,” Renaud said. ““Cuts in our education are terrible for youth and cuts to healthcare are terrible for our aging population.”

Considering much of the County’s economy is based on seasonal tourism and agriculture, this could affect a vast array of people.

Renaud quoted Keith Stewart, Senior Energy Strategist with Greenpeace Canada who stated the Ford government tabled ‘The most anti-environmental budget in Ontario since the tainted-water disaster in Walkerton’  and added the significant cuts to the Southern Ontario Library Services which means rural communities will no longer be able to borrow books from larger libraries  which have a more considerable selection.

As with any protest, Renaud hopes this one will spark change

“We don’t have to accept whatever is given to us…I hoped to bring people together in the fight against the cuts to education, public libraries and healthcare to name a few and to demand that they be stopped and be rolled back,” she added.

Globally, May 1 marks a hard won celebration of rights for the workers. Like those from bygone eras, whether it be the Soviet era May Day marches or the original workers rights’ protests, Picton’s May Day March Against Ford spoke strongly of the need for change and the need to work together to effect change.