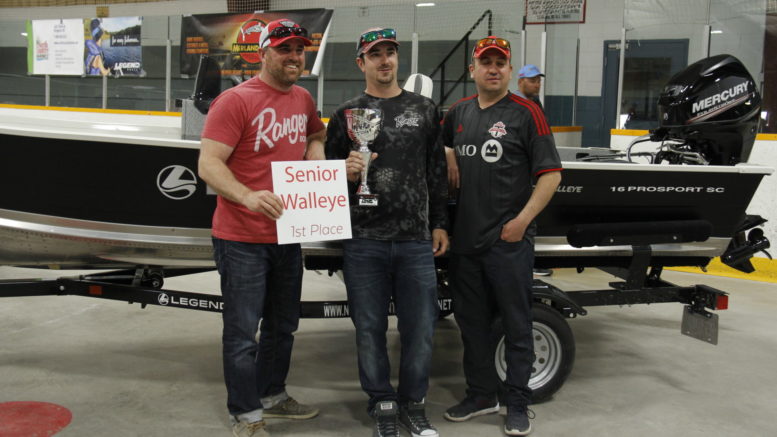 The 39th annual Kiwanis Walleye World Fishing Derby wrapped up for another year Sunday with some nice sized catches, many off those taking place in waters around Prince Edward County. 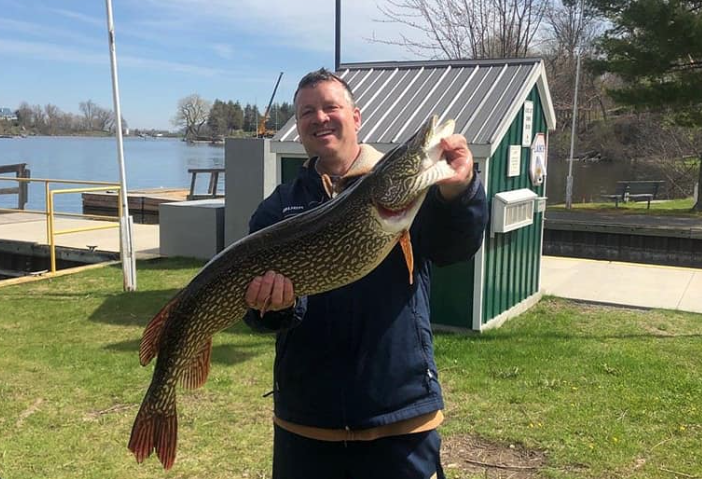 The Senior Pike first prize winner Doug Davis had the winning fish at 16.95 lbs which just pushed out the second place winner Wayne Misselbrook who caught a fish weighing in at 16.84 lbs.

Both the senior winners caught their catches near Waupoos. 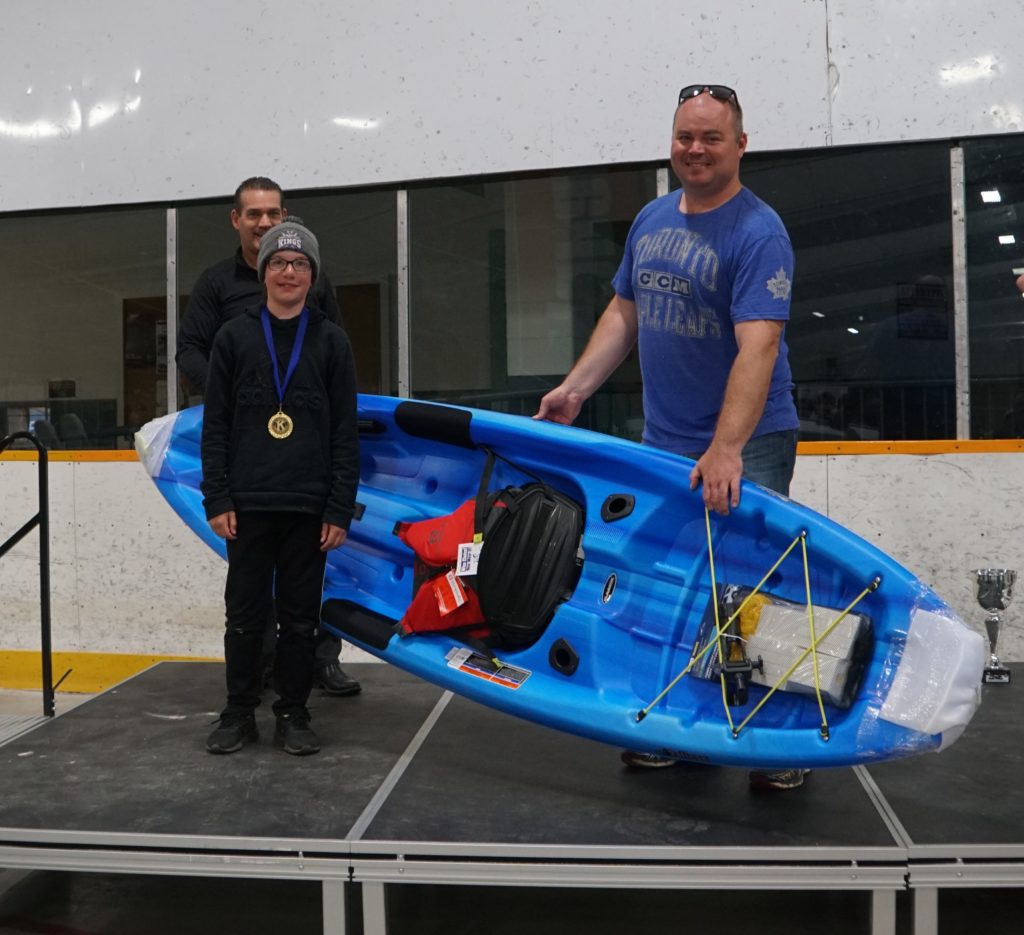 (Left) County native Ethan Caley is presented his prize for winning the Junior Pike division of the 2019 Kiwanis Walleye World fishing tournament this past weekend. (Photo by Cathy Caley)

“We caught the Walleye east of Smiths Bay while using a Rapala Husky Jerk,” Fiume told the Gazette. “It felt big at first and then the planer board came off and it felt lighter. When the fish crested the water and was in the net it would be time to go to Picton (and weigh it in).”

“Once it broke the water you could see how big the fish was and we knew it was a good one,” added Rob Colangeli, friend and fellow fisherman with Fiume. “It wasn’t a hard fight at all, the fish just kinda came in and it went pretty good. We spent many years looking for that fish and it’s finally happened and it was nice to see a big fish come over the gunnel like that.”

Only one tagged fish was caught this year, a pike that netted Cody Weekes a cheque for $1,000.

While the tournament is organized by the Trenton Kiwanis club, the local branch of Picton Kiwanians take part in manning the Picton Harbour weigh station and the local service club benefits from volunteering their efforts on derby weekend.

For a full list of winners and prizes, please visit www.kiwaniswalleyeworld.com