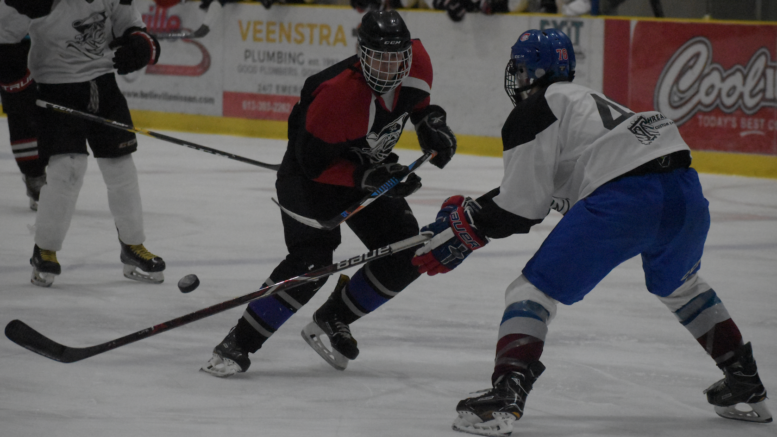 For two evenings last week, the Picton Pirates poured over prospects on the ice at Lehigh Arena, hoping they might strike lightning for a second straight spring.

The surprising Bucs combined a brilliant mixture of returning veterans and young up-and-coming hockey talent into a very fruitful 2018-19 Provincial Junior Hockey League season, a campaign where they finished second in the Tod Division to the eventual 2019 Schmalz Cup champion Napanee Raiders.

In other words, it’s not hyperbole to state the Picton Pirates had themselves a whale of a season this winter, made it past the first round for the first time since 2014 and if it wasn’t for the juggernaut of a hockey club due east of here, the locals might have been the team representing the Tod division in the PJHL play downs this spring.

If Picton is going to make it back-to-back strong showings in the 2019-2020 PJHL campaign, much of the spade work in terms of recruitment needs to be ongoing and part of that includes the club’s annual prospects team and the entry in the Trenton Golden Hawks spring league that commences later this month.

Pirates head coach Tyler Green was enthused by the effort and skill shown at the two night session Wednesday and Thursday at Lehigh and is looking forward to the spring team. 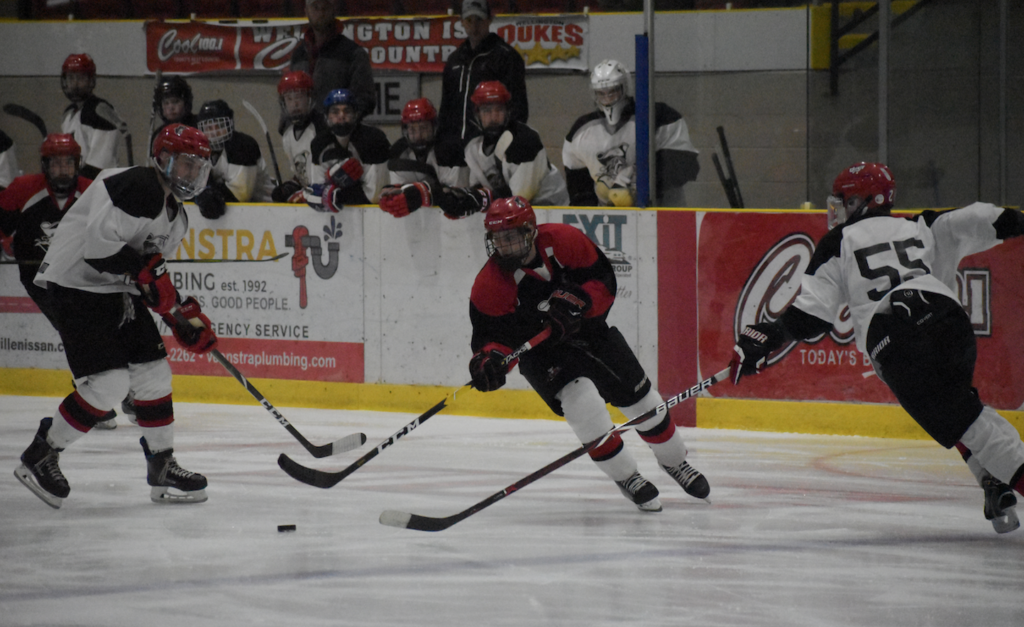 “We were really happy with the skill level and the compete level overall,” Green told the Gazette. “We’ve have a lot of players contact us with interest about playing in Picton this season and it was great to see them on the ice.”

Included in a good number of prospects that came from all over the Quinte and Kingston areas were a number of county locals that caught the eye of a number of Pirates staffers.

“We’ve known about Ian Harrison for a while now because he’s the brother of (current Pirate) Will Harrison but he’s a little guy who packs a pretty big punch,” Green said.

The same could be said for Riley St. Pierre, the younger brother of current Pirate Cole St. Pierre.

While Picton could see a pair of brother acts up front this season, on the back end Wellington native Cole Lavender showed why he was a dependable cog in the Quinte AAA Minor Midget squad that made it the semi-finals of the 2019 OHL Cup, making a nice first pass, joining the rush and mixing it up physically with a number of older prospects.

Other locals believed to be in the mix and playing for the Pirates this spring are Picton’s Nolan Dawson and Consecon’s Nick Kirby.

In net, the crease looks to be Brennan Bush’s should he return to Picton but the Tweed native will be heading to a number of Jr. A camps this coming fall.

Shannonville native Matt Tovell, 17, posted a 2.74 Goals Against Average for the Baby Fronts Major Midget squad last season and was picked up by the Windsor Spitfires in the second round of the  2019 OHL U-18 draft.

“Matt had an outstanding camp and I was really impressed with his athletic ability,” Green added.

From the minor midget ranks, Braden Declair is another Quinte-area native that tended net for the Black and Gold in the Limestone City this past season.

“I thought he had a really strong showing for a 16-year-old,” Green added.

Hanging around camp last week were several Pirates who will be liking turning in their Picton sweaters next season for Jr. A jerseys including Landon McLellan and Devin Morrison.

Losing those forwards and Noah Brant who is also looking to grab a Jr. A job somewhere will certainly hurt Picton’s depth but Green said the club’s true function of developing players remains part of the organization’s mission statement.

“We’re going to miss them but I told them I was sick and tired of looking at them so they had to move on,” Green said with a laugh. “In all seriousness though we are so happy for every player that makes that jump and we wish them nothing but the best at their training camps this fall.”