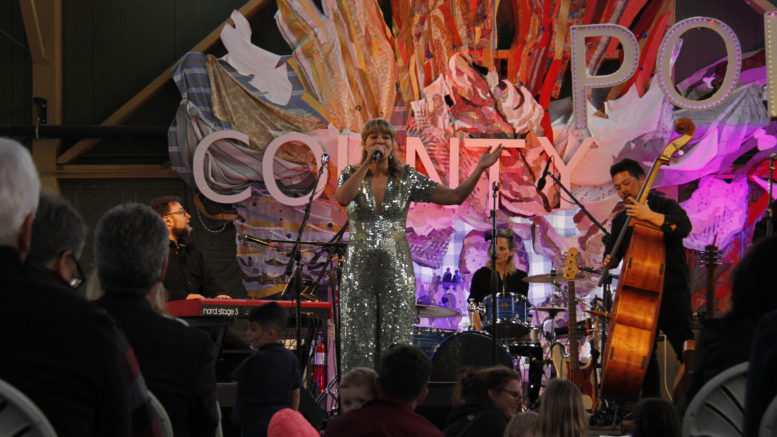 The beats were popping at the annual County Pop music festival at the Crystal Palace Sunday as over 450 fans got down with some popular Canadian acts.

Barber is no stranger to the County even though she grew up in the Port Credit-Mississauga area and then spending four years in Kingston at Queen’s University she still has a connection to the area.

With her parents having a home in Wellington for around 10 years now Barber has been coming here with her family, on her own and now with her own children to enjoy everything about the County. 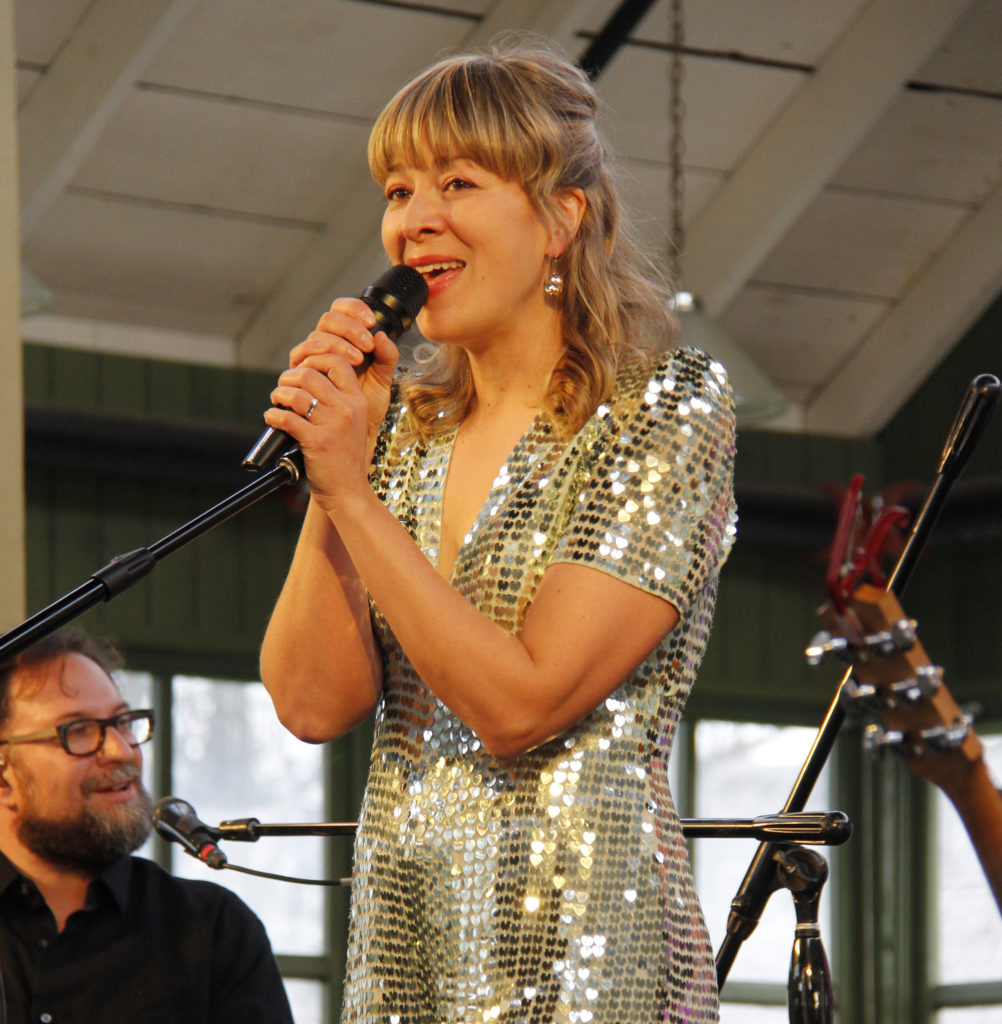 “I’ve lived on either coast, Halifax and now in Vancouver and coming to the County, this is like my second home and happy place. So to get the opportunity to come here throughout the year and see what’s happening in the community is super fun,” said Barber. “Needless to say, I’m a big fan and was super thrilled to get the opportunity to come and play at County Pop and what a great festival it is.”

Having been coming to the County for a number of years Barber has been aware of the Crystal Palace but has never actually set foot in the building before this years festival.

“For me as a performer the energy of a place really informs my performance and I love essentially performing to the rafters but also to the high windows,” Barber said. “It really felt like a palace and like I was performing at a palace so that’s a pretty nice feeling, usually it’s a dark theatre so it’s lovely to have all the natural light.”

While Barber performed, children with their free super hero/villain rock capes they designed and put together with help from local artist Krista Dalby danced away while adults gathered at the front of the stage to soak in as much of the performance as they could.

“I think the audience doesn’t always know how much they are apart of the show for me, and what a huge role they play in the show,” Barber told the Gazette. “If I can get down and connect face-to-face and intimately with my audience it’s just an invitation to them to be part of the show and that just makes a better show and makes it different every night for me so it’s lots of fun.”

Barber added it thrilled her to see the different age ranges in attendance Sunday because she has two young children of her own. Barber also loves having the opportunity to expose her children to live music and that there’s so much live music that’s inaccessible to young people.

Barber also performed a song with friend and other Canadian singer/songwriter Peter Elkas of The Peter Elkas Band who is based out of Toronto.

Elkas and Barber both realize how long they have been in the music business and “playing the game.”

“I had my first ever professional gig when I was 14 at the local coffee shop where I’m from and I just turned 39 so for a lot of my life, I have been performing,” she said “I’m just in the lucky position where I’ve never had a real job. For me the definition for success is to get to be able to do what I love for my living and I’ve been able to manage to do that so far for my whole professional life and I feel really fortunate for that.”

Barber added her career really started to take off in Halifax and she is selling out theatres coast-to-coast and her albums have sold over 100,000 copies.

Back for 2019 County Pop was “The Little Rock Room” which is a tiny stage filled with real but kid-sized instruments like drums and guitars.

They had many things happening throughout the day such as all day kids programming, art on stage, local food vendors such as Outlet Food Co, JK Fries, Lemonade Dave were among some of them.

As well as local beer/cider/wine from Parsons Brewery, County Cider with a special County Pop cocktail from Kinsip Spirits among other companies.

“This is a great way to kick off the summer. It’s beautiful country, great people, great bands and a great place to be,” Gregg Patterson from Ottawa told the Gazette. “It’s my first time to the County but not my first time visiting the region.”

“Live music is always a great way to bring people together,” added County Pop organizer Dave Ullrich. “Kicking off the spring is a great time to do it too.

“I love Ullrich’s vision for this festival which is a family friendly festival, it wraps up at 8 p.m. which doesn’t usually happen at festivals,” Barber said. “It’s very accessible for families and that’s a beautiful way to bring the community together for people of all ages.”

Ullrich started County Pop four years ago because for him, an early spring event would be a nice bookend to his other fall event, the Sandbanks Music Festival.

“I’ve had a passion for music since I was a kid, and I’ve always been good at organizing,” added Ullrich I also think my history playing music, and doing my digital music website www.zunior.com since 2004, has connected me with so many people in Canadian music that it’s just a natural fit. I really enjoy that it’s a way to get involved in the PEC community as a whole doing something that really suits me.”