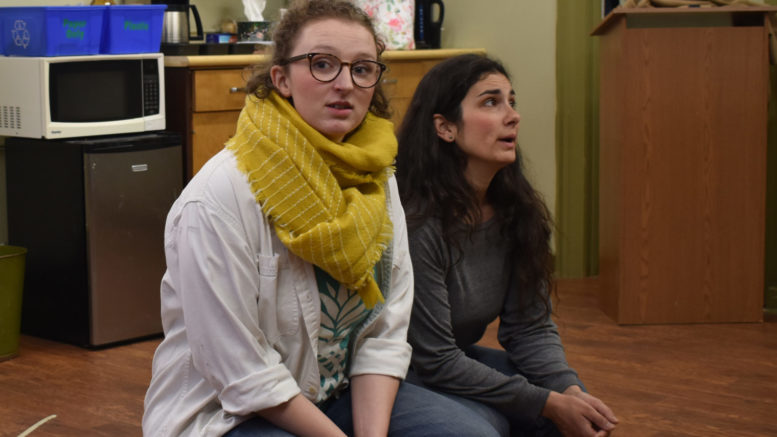 OH HENRY DEAR HENRY- Julie Lane plays Henry opposite Robin Snip who plays Grace in Shatterbox Theatre's performance of The Small Room At The Top Of The Stairs. The performance gets underway at Picton's Regent Theatre May 24. (Sarah Williams/Gazette Staff)

There is a growing awareness of Shatterbox Theatre, a non-profit group that formed in 2018.

With a mandate that promises to deliver unconventional, reimagined and inspired works to the community, the new theatre company promises a fresh take on live theatre and its role here in Prince Edward County. Founded by Georgia Papanicolaou and Samantha Branderhorst, the company has so far produced two plays, with the next one, The Small Room At The Top Of The Stairs, set to debut Fri. May 24th.

Standing in the rain outside of the Picton Public Library prior to dress rehearsal Sunday, co-founder Georgia Papanicolaou took a few moments to speak with the Gazette.

“When we do plays, we do literary analysis of the work. It’s not just learning the lines and putting them on stage, it’s talking about the stories that are being told and what has inspired them,” Papanicolaou explained. 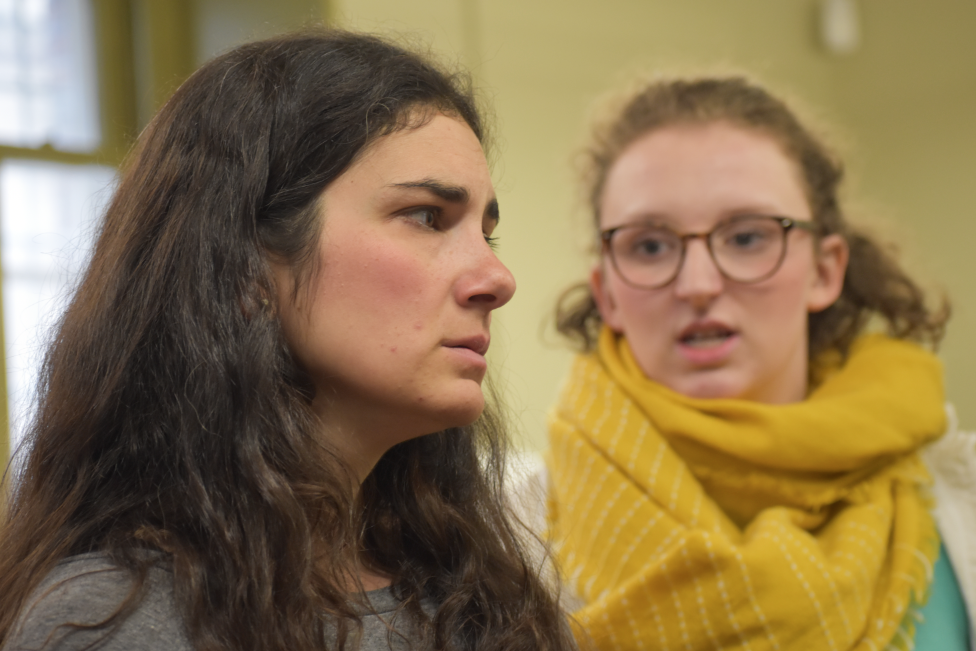 That is the beginning of the fermentation process for the plays, the process of dissecting and understanding what may have inspired someone to write them which carries over to the viewers.

Papanicolaou is hopeful that the plays pique the interest of viewers.

With theatre, there is palpable energy on stage that can hopefully be passed to the audience. That’s where the conversation begins with plays that speak to the human experience.

Shatterbox’ newest play promises to deliver. Written by award-winning Canadian playwright, Carol Frechette, The Small Room At The Top Of The Stairs is an adaptation of the French gothic tale Bluebeard.

The premise of the fairytale is a rich old man, who no one wanted to marry because he was ugly, finally marries a young princess. Looming over the plot is a rumour that the old man’s previous nine wives had gone missing. Regardless, the old man showers his new bride in riches, giving her everything, including the key to a little room at the bottom of the stairs and the admonition ‘Do not go into this room!’

Of course, the play by Frechette is a reimagined version of this classic fairytale. From that, Shatterbox had taken their own twist on this psychological thriller. For example female actor Julie Lane undertakes the role of the old man named Henry.

“It’s not my first time playing a male role. When I was in my graduating year at university I played King Oberon in a Mid Summer Night’s Dream. I’m just glad that this particular production does not require me to cut all my hair off because that one did,” Lane said with a laugh.

Lane, who studied Theatre at McMaster, spoke of her experience working with Shatterbox  and  said it was really refreshing to see this type of theatre being done locally.

“This is the type of theatre I studied and I’m really interested in it but it’s also the calibre of theatre that I’m really glad to see here, especially as  a very female-powerhouse type of organization. I feel it’s really refreshing seeing two women bringing this type of powerful theatre to Prince Edward County,” Lane added.

Starring Fiona Dodsworth, Georgia Papanicolaou, Shelley Zebedee, Robin Snip and Julie Lane, The Small Room At The Top Of The Stairs runs at The Regent Theatre from May 24th-May 26th, with show times at 7:30 p.m. Tickets are $20.00, or $10.00 for students, and are available at The Regent Theatre box office.