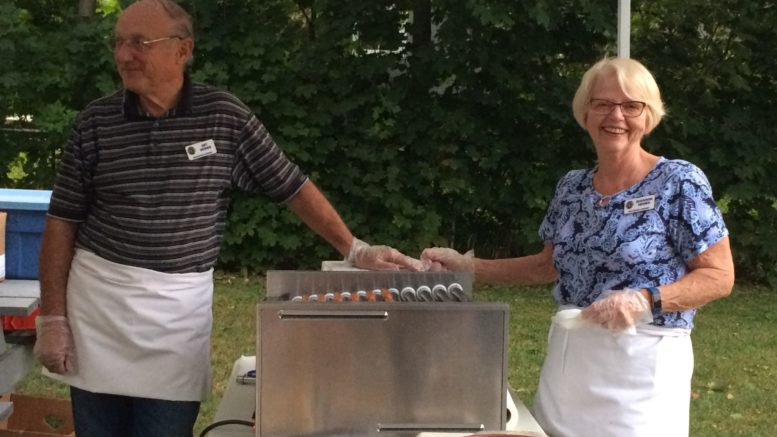 The Wellington Lions club will be throwing a party 50 years in the making next month.

“The Lions are considered one of the leading humanitarian organizations in the world and have been recognized by the United Nations as such,” Whyte stated.

Though their mandate is to serve the community, many may not know exactly what the Lions do in Prince Edward County.

Among their many endeavours are: helping with Meals on Wheels, effective speaking contests and peace poster contests with local schools, vision and hearing screenings in schools and breakfast and reading programs at CML.

This year, to commemorate their 45 year charter, the Lions are hosting a community party to kick-off their “concerts in the park” series. The series runs from mid-June to early September every Tuesday night.

The party on June 18th will feature Peter Rea and The Reasons playing in the refurbished gazebo in Wellington Park.

There will be hot dogs, pulled pork sandwiches and cupcakes for the public to enjoy. The event is made possible through the hard work of Lions Club members, as well as donations.

“We want to support the community,” said John Whyte. “We support them and they support us. It’s a two way street.”