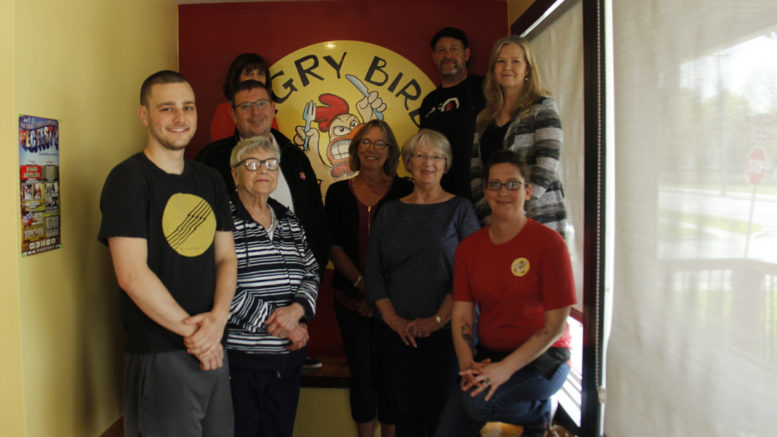 Angry Birds is at it again, this time raising $11,660 for to support the organizations in the community that battle local food insecurity.

The funds were raised over five  days through kitchen sales and each food bank received $3,886.60 to use towards dairy and perishable items people normally can’t get at the food banks.

“The food banks are always in need,” Jeans told the Gazette. “People tend to focus on donating around Christmas time and the bigger occasions and in the ‘off season’ there is way less donations coming in.”

Angry Birds did a fundraiser similar back in February, pulling in $21,000 for the local food banks with $11,000 raised by Angry Bird’s and $10,000 donated by Larry Hudson Chevrolet Buick GMC.

The funds raised this time around surpassed the the previous event’s total, (not including a donation from automobile dealership) and hopefully will continue to keep increasing with each event.

“It’s good business,” said Debbie. “People support Angry Birds and it’s good to give back and support the community in this way. I know all of our  employees really enjoy these campaigns and so do the customers. A number of them make a point of stopping by specitiffcally to support the food banks and help out.”

Ludlow commented that within the Salvation Army, the need had levelled off in recent months which was encouraging.

“With regards to how many families use the food banks, the number has basically stayed the same for the last little bit,” Lieutenant Ludlow stated. “Within a month we serve 50 households every month, it increased slightly but levelled off.”