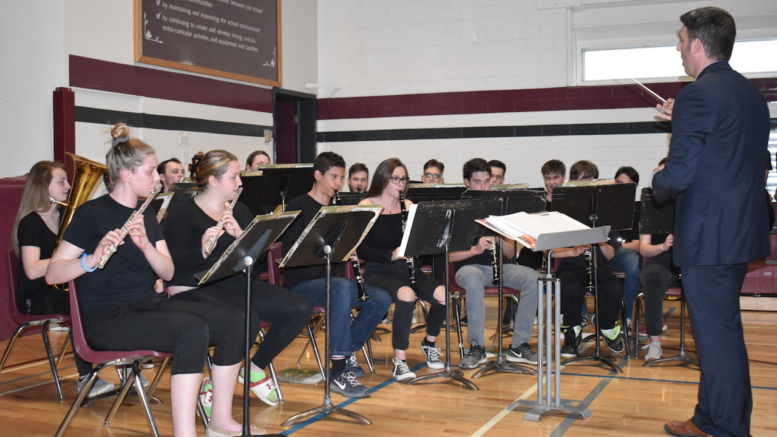 With two productions per year, one  taking place at the end of semester one in December and the other in May, this was the 14th showcase hosted by the local secondary school.

The Arts’ Night Showcase encompasses drama, music, visual art and photography and every PECI student enrolled in an arts course, as well as some extra- curricular activities, are involved in the execution of the event.

Matthew Sheahan, Department Head of the Arts and Indigenous Studies, was instrumental in starting this event at PECI. 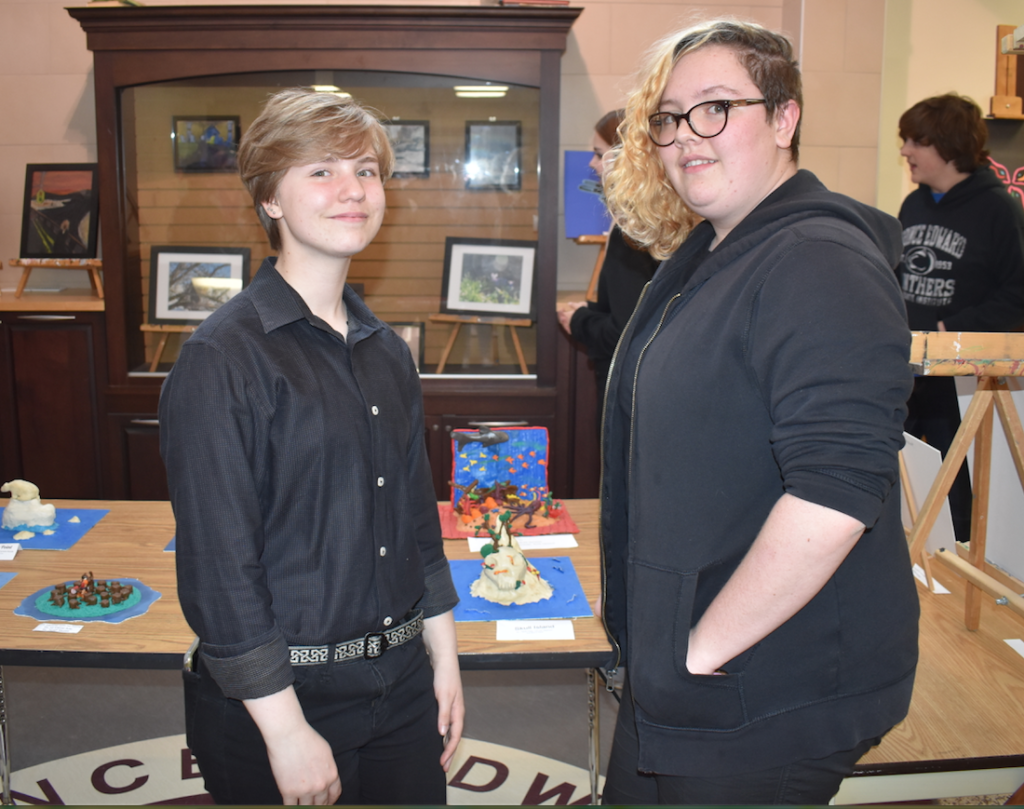 “I took over as the department head of the Arts and Indigenous Studies at PECI. At the time, we only had a music concert every semester. It was in December 2011 that we had our first Arts’ Night Showcase, and, with the exception of one political action year, we have had an Arts’ Night twice a year since,” Sheahan explained to the Gazette.

For many students, the Arts’ Night Showcase has followed them through their high school tenure.

Before the curtain was drawn and the lights were dimmed for an evening of entertainment, Grade 12 student Jessica Coombs spoke with the Gazette.

“I started taking part in Grade 10 and have been involved ever since,” Coombs said, “It’s been amazing. I love coming out here and seeing everyone and having a good time with a bunch of people. Singing and drama is a part of me and I will never forget this experience.”

A lot of what is included in the showcase remains the same from year to year, so that, according to Sheahan, “As many students as possible can participate comfortably.”

“We have had some changes in faculty over the years, and different styles and choices from teachers has led to some changes. For instance, we have a vocal music class this year for the first time that will be performing tonight. That’s pretty exciting,” enthused Sheahan.

Regardless of the genre, the Arts’ Night Showcase provides a rare opportunity for the public to witness the talent present among many PECI students.