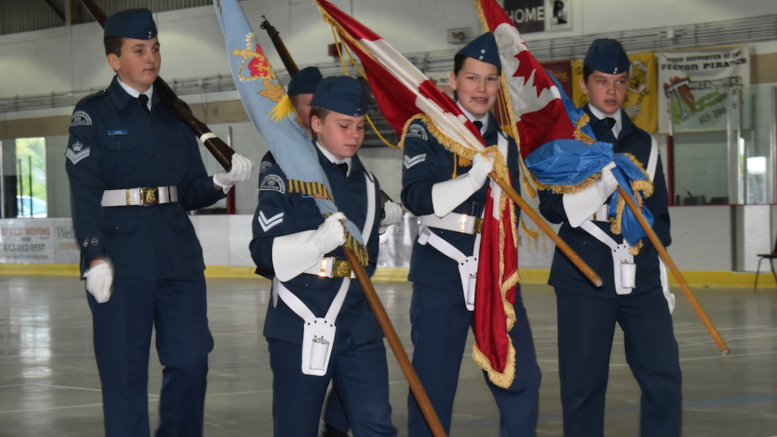 The review took place at the Prince Edward Community Centre, with a reception being hosted at the cadet headquarters at Macaulay Mountain Conservation Area following the formal portion of the ceremony.

During inspection the review party, led by Captain Penny Irish, made their way through the rows of cadets, nodding and occasionally sharing a few words with those graduating. 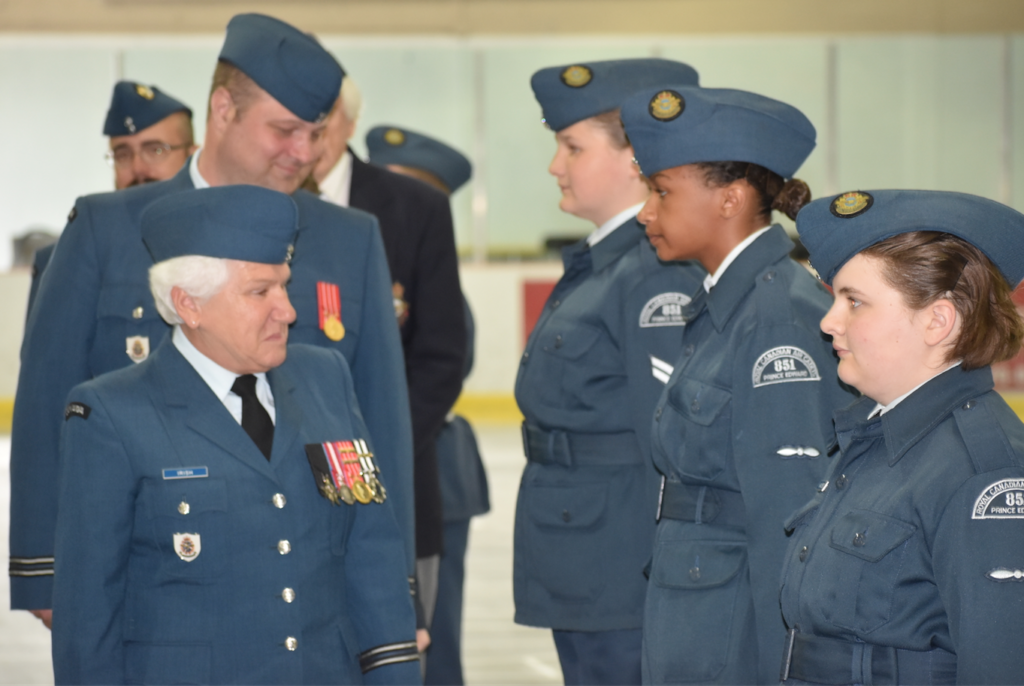 A YEAR IN REVIEW-Captain Penny Irish, followed by Captain Adam Kidd and others conduct the annual review of the 851 Squadron.

Captain Irish has been involved with Air Cadets since 1980.

In 2000, Irish joined the Mountain View Cadet Flying Training Centre (MVCFTC) to the Power Pilot Scholarship Course. There, she held the position of Flight Centre Commander at various flight centres in Ontario.

In 2015, at the rank of Major, Irish accepted the position of Officer Commanding in charge of all the flight centres in Ontario.

This summer, she will be going to the Netherlands as an Escort Officer as part of the International Air Cadet Exchange.

During her time with the cadets, Irish served at the 598 Squadron in Cobourg, the 661 Squadron in Prescott, and the 870 Squadron in Brockville, among others. Despite this, Captain Irish is proud to call Prince Edward County home, as she acknowledged in a compelling speech

“I, along with everyone here, wish you all the best as you begin this new chapter of your life,” Irish said. “This is also a sad, but proud and memorable day for me too. You see, I grew up in Prince Edward County and this is my last day as an annual reviewing officer. So, without knowing it, you’ve brought me home, and for that I am truly honoured.

“Be proud of yourself, who you’ve become and where you’re going,” she asked of the crowd.

In her speech, Captain Irish also stressed the value of volunteer work, and encouraged the returning cadets to take advantage of all that the cadets program has to offer.

“You have taken a path chosen by fine cadets before you over the last 41 years. Like those before you, you have completed the first of many steps that will lead you to a rewarding future,” Irish stated. 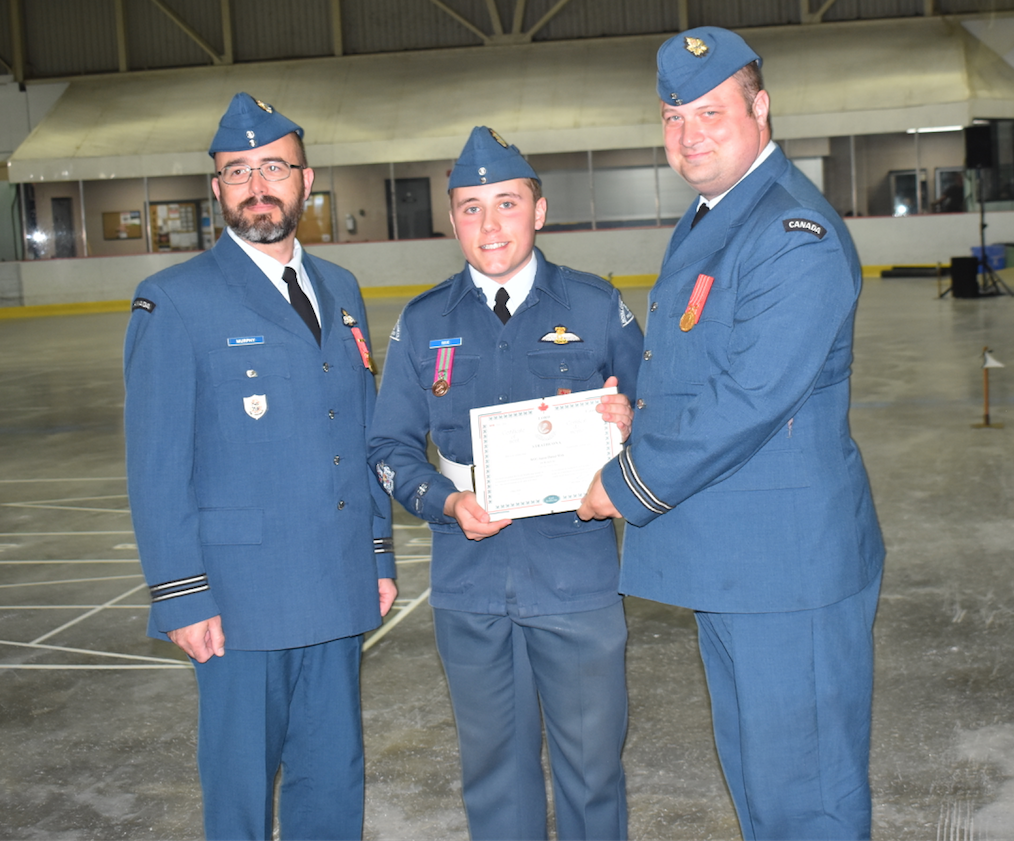 “During your time at cadets, take advantage of every opportunity that comes your way: effective speaking, sports, rocketry, drill team, santa claus parades and summer camp, to name a few,” she implored.

Mike Campbell, Captain of the 851 Squadron, took some time to speak with the Gazette about some of what cadets has to offer youth and also what the cadets can offer to the community.

This past year the cadets participated in a trip to Ottawa that included a visit to the Diefenbunker Museum and Vintage Wings of Canada, an aviation museum. They flew in powered aircraft in Oshawa, which included a control tower tour.

Cadets also enjoyed gliding at Mountain View Airport and participated in two survival training exercises in which  they developed survival skills in the outdoors.

“It’s remarkable watching the cadets who joined in September develop and learn new skills which they displayed during the final parade of the year. And for the first time in about 10 years we formed a drill team that did amazing for a first effort,” Campbell said.

Despite the upbeat nature of the ceremonial review, Campbell stated that fundraising is a challenge the squadron faces each year.

However, the cadets work hard to attend different fundraising events and, as Campbell notes the 851 has a supportive group of parents and sponsors who come up with great ideas.

“We also have support from the business community and service clubs in the County,” he added.

Before departing for their BBQ reception, the cadets also heard from their Commanding Officer, Adam Kidd.

Kidd was effusive in his celebration of the cadets hard work.

“The year you’ve put in makes me happy to be your CO. Please pat yourselves on the back. Parents, thank you too. We can’t do this without you guys. I’ve always said that I’m responsible for the cadets but I’m truly responsible to you parents,” Kidd said.

Jokingly, Kidd looked to the crowd of parents and offered them his phone number, a heartfelt display of dedication, stating he was always available to answer questions about cadets.

Among the many awards bestowed upon cadets was the esteemed Lord Strathcona Medal which was awarded to Wiik. This was only the second time such an award was bestowed upon a cadet of the 851 Squadron.

Cadets will resume the first week of September. The program is open to youths aged 12-19 and runs until June each year.