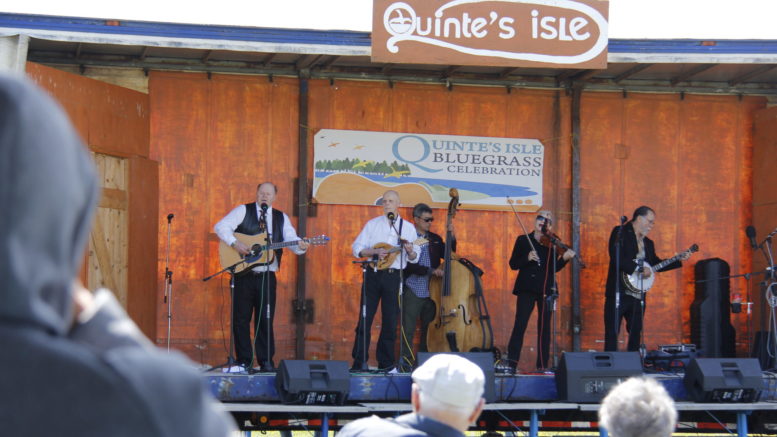 Despite the dreary weather, the festival still attracted about 300 people to the Salmon Point resort May 24-26.

The festival featured local band Daughter’s of the King and many regional bands, bringing together some of the finest acts in bluegrass music. 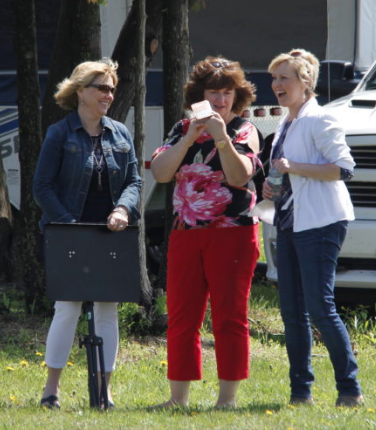 Daughter’s of the king talk amongst themselves after there set on stage. (Desirée Decoste/Gazette Staff)

Melissa Sherman, event runner/organizer is originally from the United States and only hires Canadian bands for the festival to try and help bring more bluegrass to Canada.

“This year was the worst in 11 years,” Sherman, told the Gazette. “Saturday rolled around and it was horrible, we maybe got on stage for an hour.”

Sherman said she went around to the campers with motor homes and asked them if they would host a band in their vehicle. By the end, bluegrass fans could huddle under umbrellas and walk from camper to camper to listen to music.

“Although it could have been so gloomy because of the weather, the people made it upbeat and cheerful,” Sherman expressed. “ And what a way to go out after 11 years.” 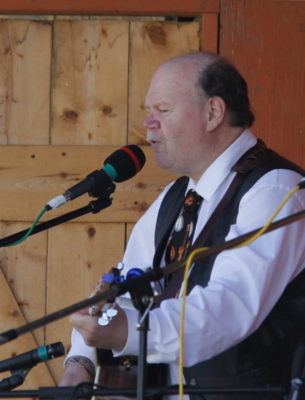 Guitarist and one of the vocalist of BenTTree, Dwight Gerow singing on their first set. (Desirée Decoste/Gazette Staff)

Through the kindness of music fans, Sherman didn’t wind up taking a financial hit on the 11th chapter of the festival.

“We we’re down about $3,000 as of Saturday and Sunday I realized there were three other bills outstanding worth approximately $1,000,” Sherman said.

By 3 p.m. on Sunday the festival and essentially broke even thanks to the kindness and generosity of campers and live music fans.

Sherman said weather had much to do with the number of individuals and families not attending.

In 2018, the festival boasted 53 kids in attendance. This year only seven came along with their parents.

Nevertheless, the weekend was still filled with jamming, food, friendship, fishing and of course music.

“The moral of this story, even with the weather and considering an unsuccessful weather event,” Sherman added.” We were more successful than any bright and shiny day thanks to the fans, that’s the way I look at it.”