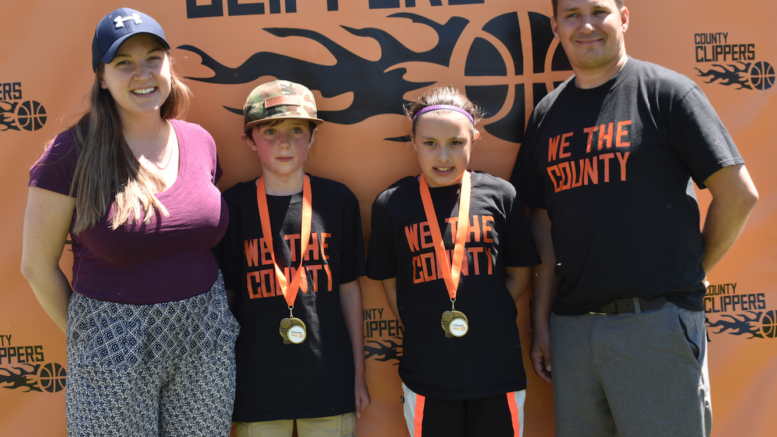 In honour of their 10th season, the County Clippers took it outside on Saturday.

The local youth basketball organization hosted its year end culmination ceremonies at the courts at the CML Snider school in Wellington this weekend, capping off another tremendous season of Ontario Basketball Association play in Prince Edward County.

A decade of operations began ten years ago this past spring and, looking back, Clippers President Rob Garden said that even his wildest dreams of success have been eclipsed.

“I can’t help but think about where we were at 10 years ago this spring.  Steve O’Brien and I started with a pretty simple idea to provide kids a chance to play basketball right here in Prince Edward County,” Garden said. “We started with 24 kids in grades 7 & 8 and look at us now.  We have over 300 kids participating in our house league and rep programs, both the PECI senior girls and boys basketball teams were Central Ontario Champions and they both competed at OFSAA this year.” 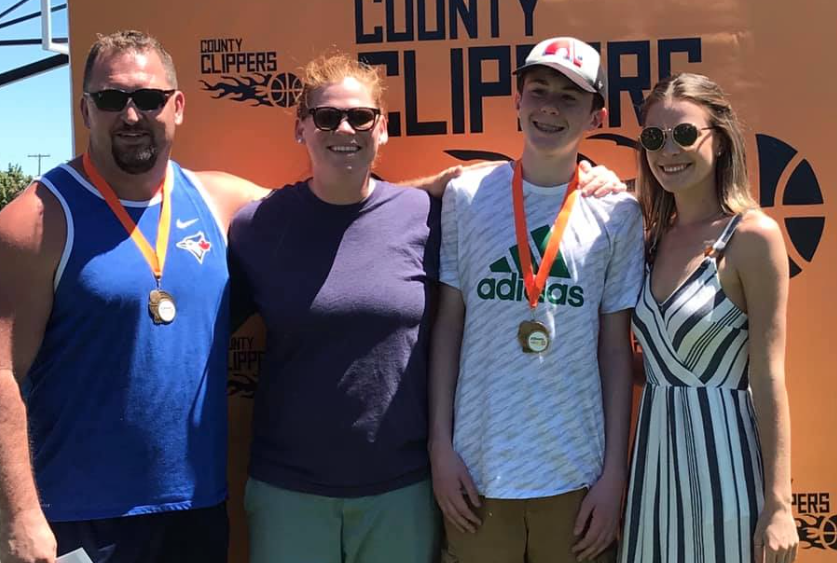 By virtue of the organization and its developmental role, Clippers graduates continue to dot post secondary basketball teams at the university and college level across Ontario.

That, along with a big boost from the Toronto Raptors and their magical 2019 post season have helped the momentum of roundball gain steam in the local community.

“This is beyond my wildest dreams and I’ve been so proud to be a part of this program,” Garden added.

Saturday served to toast the Clippers best in 2018-19 and feted players from the U10 coed Clippers to the U16 boys team.

“One of the things that we always talk about is the Clippers family and we take great pride in all of our players and we wanted to take a moment to recognize those athletes who will be graduating from our program.  These individuals have not only given their time to play on our teams, but they often volunteer in our house league and act as role models for younger players,” Garden added.

The various teams had plenty of highlights in OBA tournaments and regular season play including the U14 Boys team winning the 5th annual Prince Edward County Classic.

AS well, both the U13 Girls and U14 Boys teams finished fourth overall at their respective OBA Provincial tournaments.

Among the top players recognized in each age bracket on Saturday included:

Among the volunteers recognized on Saturday were Shane Wilkinson and Barb Inrig-Pietrse.

Wilkinson was recognized as the Steve O’Brien Volunteer of the Year winner while the U14 Boys coach Inrig-Pietrse was the 2018-19 Rob Garden Coach of the Year.