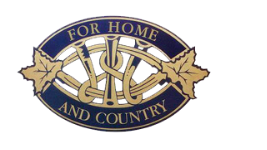 Demorestville Women’s Institute (DWI) is hosting there 100th anniversary celebration on June 20th, 1 p.m. – 4 p.m. at the Demorestville Town Hall. The theme is ‘Through the Decades’ and everyone is welcome.

The Federation Women’s Institute of Ontario (FWIO) began in the early 1900’s and was based around agriculture. It started with the pasteurization of milk because a family in Stoney Creek, On lost a child due to tainted milk.

A family by the name of Lee were very prominent in the Hamilton area and began this movement involved with an agricultural institute and the Women’s Institute was born.

“I was a young 4H girl growing up in the County on a farm so we didn’t travel but thanks to the Demorestville Women’s Institute we did,” Barbara Foster, President of the DWI stated. “There were bus trips to Maple Leaf foods and it was all agriculture. What impressed me was we visited the House of Commons in Ottawa and ate at the Château Laurier, which you can imagine 60 years ago was quite the occasion.”

The program is planned to start around 1:30 with the openings and greetings from the guests followed by refreshments and social hour.

There will be some music and food related to the decades throughout by Beverly Sprague and Paul Hillier as well as Kirby and Lesley Breithaupt.

Among the causes near and dear to the hearts of DWI members through the years include lines painted on provincial highways, the use of florescent paint on railway cars and railway crossings, garment labeling, music on school curriculums, flashing lights for school busses, marking of poison product containers, road side breathalyzer tests, pasteurization of milk and dental inspections in schools.

The service club supports the community directly through the food bank, the hospital auxiliary, Hospice, the County food Hub at Sophiasburgh School and other local schools.

The number of volunteers over the years has been slowly dwindling but that doesn’t stop the members/volunteers from getting passionate about community causes and activities.

“This is a major event, it’s not going to happen for another 100 years,” said Foster.

The DWI hopes to see everyone out at the once in a lifetime celebration.