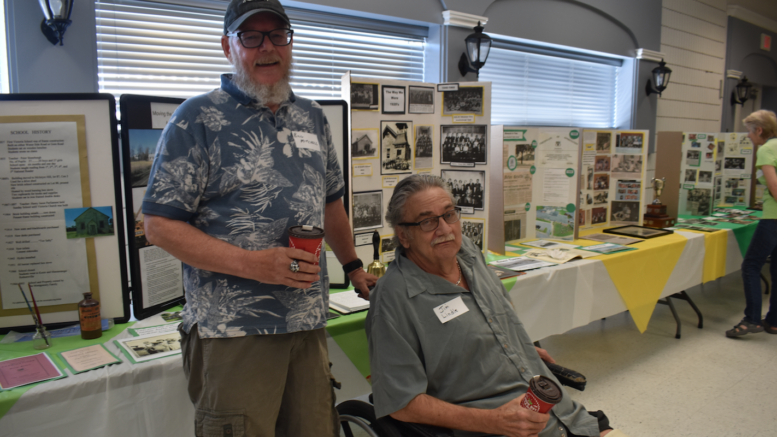 Finally, a fitting and proper send off for a pair of venerable institutions of elementary learning this weekend.
Thanks to the efforts of many volunteers and members of the Quinte Educational Museum and Archives, Pinecrest Memorial and Queen Elizabeth schools were able to be remembered in an inclusive way at the Prince Edward Community Centre.
Hundreds of alumni, former educational staff and well wishers filtered through on Saturday, taking time to view the static displays that told of sporting achievements, arts and live performance cavalcades and social happenings.
Awash in memories, the reunion of students and staff from both schools at the community centre was a smashing success, celebrating those valued institutions and all the good times, fond memories and emotional ties that were created.
Pinecrest, one of the county’s Centennial-era schools was a centre hub for education for Hallowell township children from its inception through to post amalgamation years.
Pre-dating Pinecrest by a little over a decade, Queen Elizabeth was a shining example of modern school consolidation for the town of Picton at the time and boasted several new features and functions. 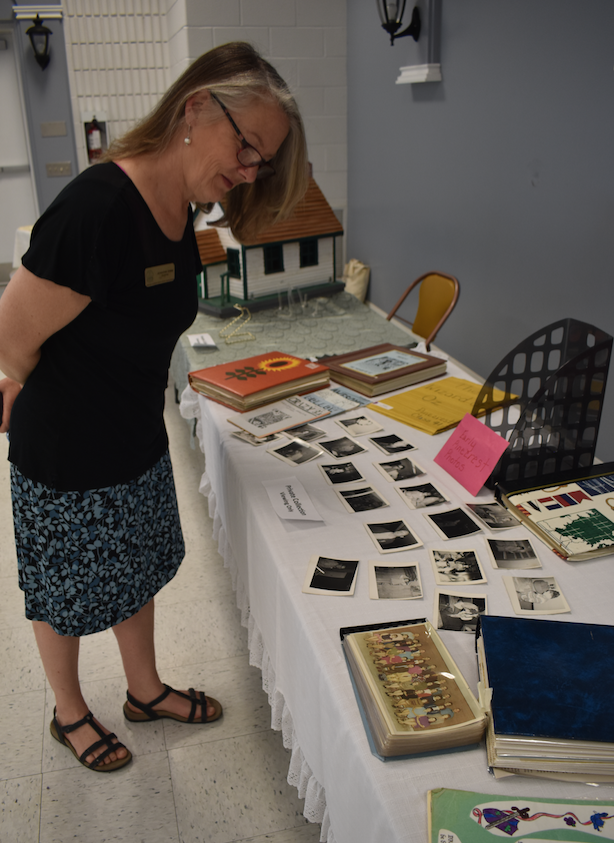 Both with items such as industrial arts workshops, home economics labs and computer rooms, both schools not only served their pupil population but outlying elementary schools as well.
In the haste of the Hastings and Prince Edward District School Board process to declare the schools surplus and consolidate elsewhere, a number of former staff members and student alumni felt the closing ceremonies for both were somewhat hurried and not well publicized.
Organizer and QEMA member Kathy Reed said the closing events were publicized on social media however a number of former staff do not access that modality of information.
“In terms of Queen Elizabeth, We did not know when the closing ceremonies were being held,” Reed explained.  “A group of teachers I taught with were a little miffed they didn’t get an invitation to the ceremonies so we got together and thought ‘Wouldn’t it be great if we had a reunion for both schools?’ and really, that’s what QEMA is about, preserving that history and education and the memories of all the County schools.”
Yearbooks, texts, class photos, newspaper clippings and host of other types of seldom seen memorabilia were in good supply and high demand on Saturday.
Joined council members Phil St. Jean, Bill McMahon and  Ernie Margetson, Prince Edward County Mayor Steve Ferguson said it was his belief elementary school plays a pivotal role in establishing friendships and developing character and that teachers are influential in the development of not only learning but life skills.
“I can’t thank you enough for the roles you’ve played in shaping the young people in our community to become future leaders,” Ferguson said.
The mayor added elementary schools serve as hubs of communities and are the  glue that holds communities together through sports, plays and other social activities which major part of both school life and community life
“Those shared experiences contributed to the history of our community and live on today in our memories,” Ferguson said.
Among the far away travellers there returned to Prince Edward County to meet with former elementary school friends were people from as far away as Brantford and King City.
But in terms of distance traveled to attend Saturday’s reunion, there was no one who could top Bill Mitchell and the distance he travelled by truck from Moose Jaw, SK.
A graduate of Pinecrest Memorial after a single year of Grade 8 at the Bloomfield-area school in 1969, Mitchell came to help a friend attend the festivities.
“He came to take me because I told him I probably wasn’t going,” former classmate and fellow Pinecrest alum Jim Lindle said. “We met in Grade 8 and we’ve been friends ever since.”
Mitchell said he hoped to bump into a few former friends and classmates as well as teachers.
“I came to see what they might look like, I know they’ll look old just like me,” Mitchell said with a laugh.
When asked what he remembered most about Pinecrest, Mitchell quickly replied “(Principal) J. D. Rainey” and added a laugh.
Besides displays, the days events featured a wine tour, putting challenge, arts and crafts show, a lunch provided by the Women’s Institute and finished up with a dance hosted by Peter Rea and the reasons.