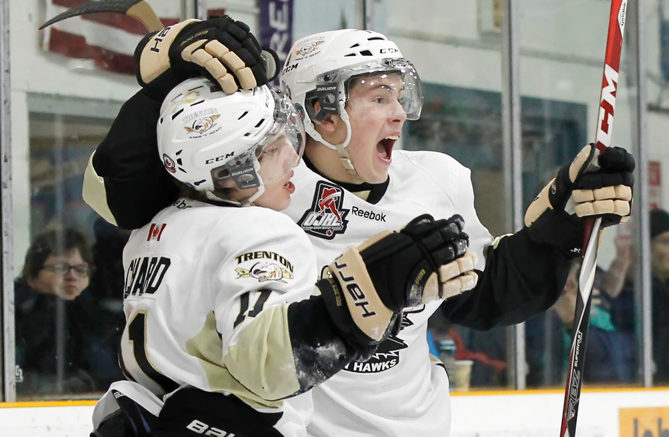 While there are certainly more irons in the fire, the Wellington Dukes have kicked off the 2019 summer recruiting season by landing a pretty big fish.
The club has managed to ink Tamworth native Ryan Smith for the upcoming 2019-2020 campaign.
Smith finished off the 2018-19 season with the Niagara Falls Canucks in the Greater Ontario Junior Hockey League after starting the season in Chicoutimi, playing for the Sagueneens of the Quebec Major Junior Hockey League.
In 21 GOHILA playoff games with the Canucks who featured former Dukes Ben Evans and Mitch Mendonca, Smith had a pair of goals and 16 helpers for the 2019 Golden Horseshoe Conference Champions. 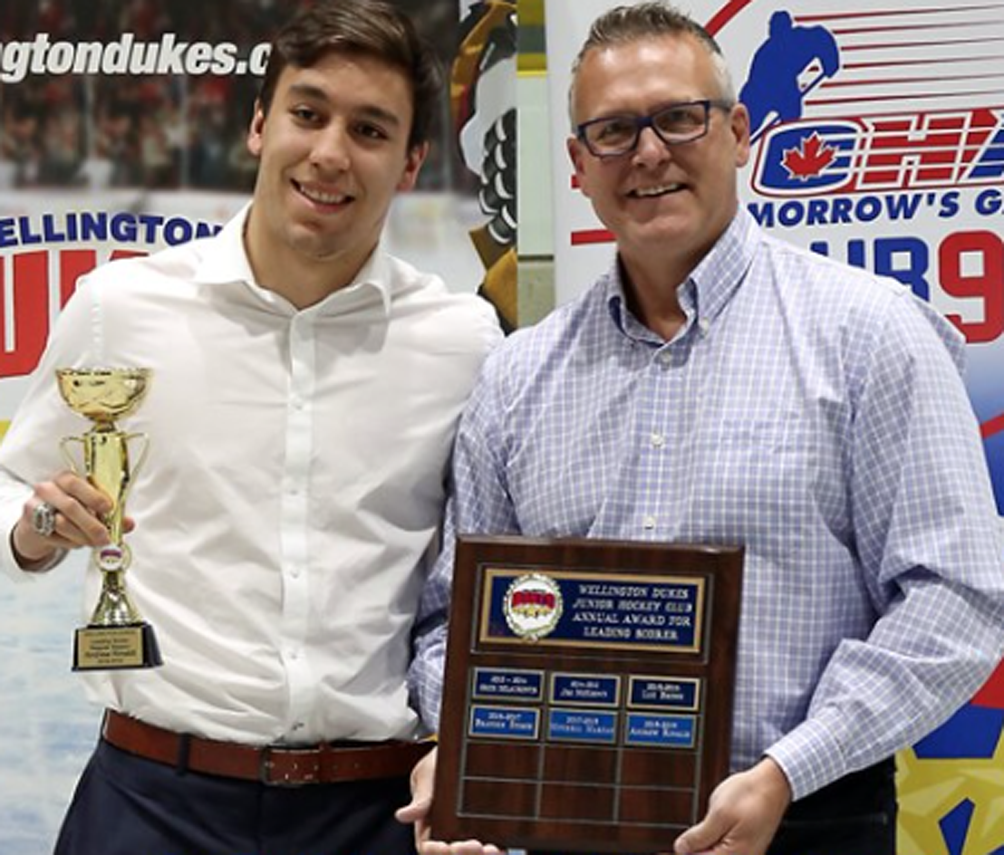 BIG FAN Andrew Rinaldi was the top scorer and fan favourite for the Wellington Dukes in 2018-19. Rinaldi is presented his leading scorer award by coach John Druce as last month’s banquet. (Photo by Ed McPherson)

Since he last suited up in the Ontario Junior Hockey League with the Trenton Golden Hawks in 2015-16, Smith has played a total of 105 Major Junior hockey games with the Niagara Ice Dogs of the Ontario Hockey League and the aforementioned Sagueneens.
A graduate of the Quinte Red Devils AAA program, suiting up for Wellington will be somewhat of a homecoming for Smith and Dukes General Manager Todd Reid was ecstatic to bring the 6’0, 200 lbs lefthanded shooting centerman into the fold of the defending Southeastern Conference champions.
“Ryan Smith is a local player that brings us leadership and character,” Reid told the Gazette Monday. “He prides himself on the details with and without the puck. Ryan will add some toughness, make room for his linemates and will also be relied on to contribute offensively.”
The club held an impromptu awards banquet May 31 with a small gathering of parents and players joining together one final time to toast the 2018-19 edition of the Wellington Dukes.

A club that seemed to lack direction in the earlier part of the regular season, the team started to pick up steam after the Christmas break and bench boss John Druce once again pushed all the right buttons en route to somewhat Cinderella march back to the Buckland Cup championships.
While a rested Oakville Blades club proved to be too much for the locals in a sweep of the 2019 OJHL final, Wellington courageously qualified for the league finals, defeating higher seeded squads in the form of Cobourg, Whitby and North York.
“We felt that the team came together in the New Year. You could feel and hear the great Dukes fans cheering and appreciating the player’s work ethic and pride,” Reid said. 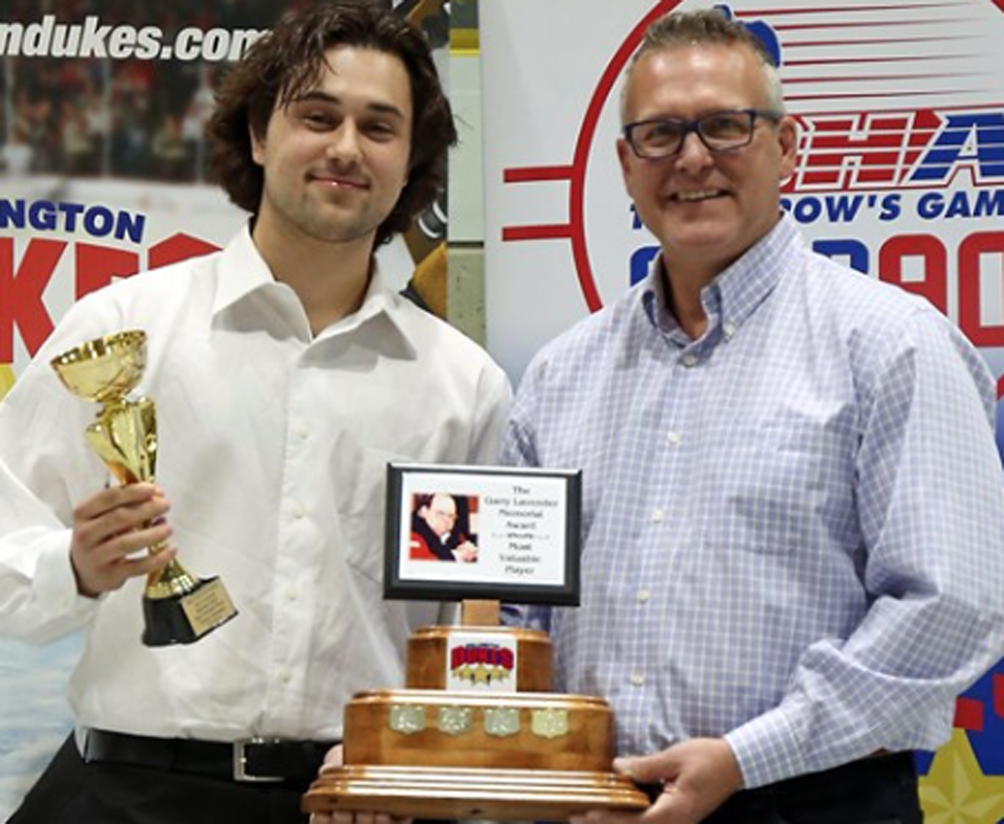 Among the top award winners was graduating forward Andrew Rinaldi.
The second year Duke who was nicknamed ‘The Horse’ for his explosive skating stride will gallop off to the Rochester Institute of Technology of the NCAA next season but first stopped by Lehigh Arena to pick up the club’s Leading scorer and the Fan Favourite award.
The Montreal, QC native will leave a huge hole in the Wellington Dukes lineup and was as magical a player as Wellington has had in their lineup over the last ten seasons.
“We will obviously miss Rinaldi’s offensive contributions and his elite desire to win,” Reid said “We are excited that 100 per cent of our graduating players including Andrew are moving on to the NCAA or the CIS to play post-secondary school hockey next season.
Other multiple award winners included Campbellford native Dawson Ellis who took home the Rick Meagher Award for the player chosen by teammates best exemplifying what it means to be a Wellington Duke as well as Joey Lavender Inspirational Award.

Other Award winners were:

“We are excited for the 2019-20 season because we have a number of players returning. We also have further great signings that will be announce in the near future. I’d advise our fans to book their season tickets soon because the management and staff feel they are really going enjoy this year’s Wellington Dukes team,” Reid said.