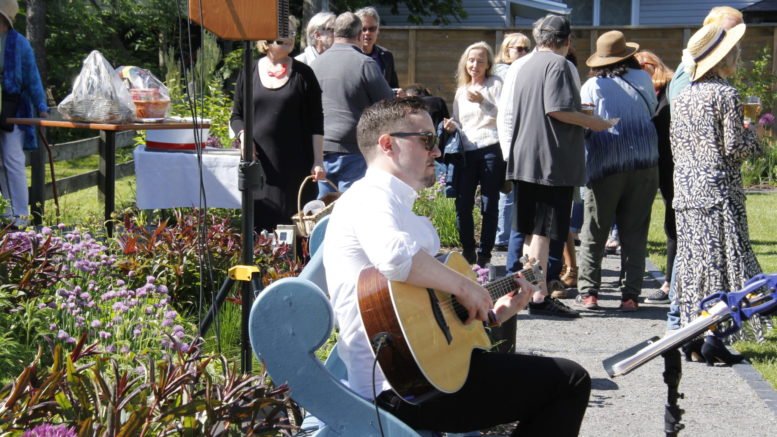 On Friday under pleasant skies, the Wellington Heritage Museum was met with beautiful weather to celebrate the now flourishing garden that was planted there in 2018.

The ideas started flowing in 2013 for what to use the under-utilized space for at the rear of the museum and from a number of ideas and plenty of toil, a beautiful garden and grown.

“We felt if it were a garden it could be a benefit to both the museum and the community of Wellington,” Cheryl Douglas, member of the Friends of the Wellington Heritage Museum (FWHM) told the Gazette. “As time developed, we saw it as a possibility to extend the museum out of doors and include in the garden which serves as a reminder of the Quaker heritage and the history of Wellington and Hillier.”

The concept of the garden began as a dream of the FWHM as they worked tirelessly over several years to fundraise and plan for its installation and realization.

The hardscaping of the garden was undertake by Terra Vista landscaping company and, once completed,  Ben O’Brien, owner of Wild by Design was contacted. 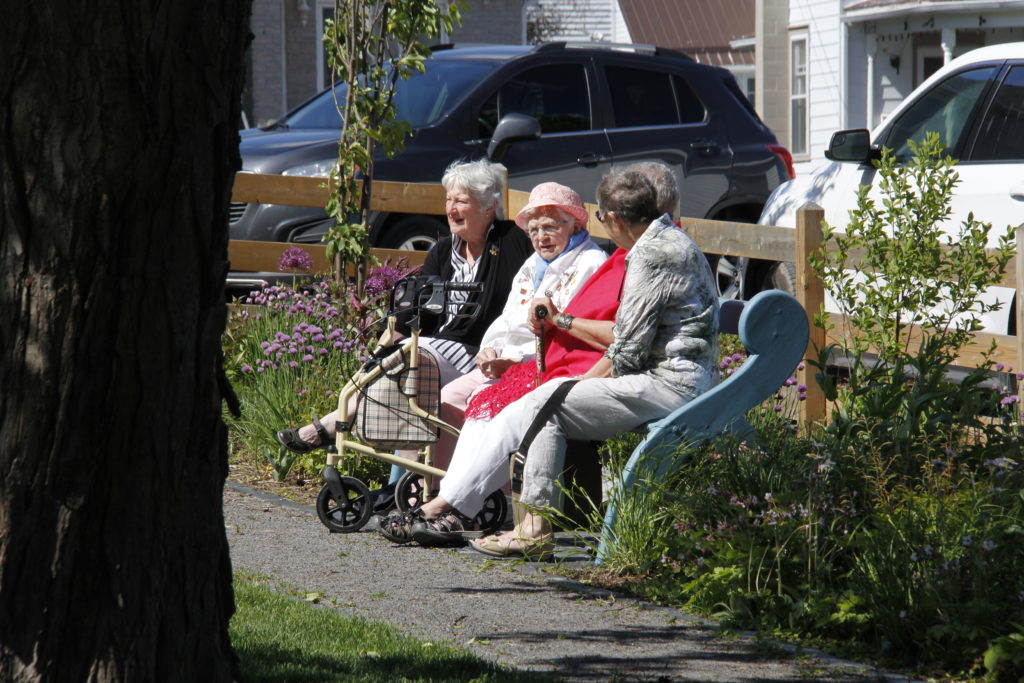 O’Brien donated a tremendous number of plants and his services to assist the enthusiastic group of volunteer gardeners with the planting layout and installation.

“It’s really cool to see my design fully flourishing and to see all these people here,” O’Brien stated “Most of the time when you come to the museum there might be a couple of people here, two or three maybe, but to have a big gathering with all these people enjoying the garden on this lovely evening, it’s really nice.”

The vision of the FWHM was to create a unique place in the heart of the Wellington village for community gatherings of all kinds and to be enjoyed by people looking for a peaceful place to rest and absorb its beauty.

The benches in the garden are an elegant 19th century design they believe to be unique to the County.

“It’s absolutely awesome to see the garden flourishing,” Beverly Thompson, member of the FWHM said. “When we put in the garden last year everything was just little babies and now it’s overflowing. Ben assured us that was going to happen, and it really did!”

The plants are a mix of indigenous plants and varieties from the area and are an acknowledgement of the last two centuries in Prince Edward County as settlers transformed the land from wilderness into farms.

Some of the plants included in the garden are allium schoenoprasum (Chives), fragaria virginiana (wild strawberry), monarda bradburiana (beebalm), origanum vulgare (oregano), syringa vulgaris ‘Charles Joly’ (Lilac) with many others to admire.

Among the plants is Philippe Pallafray’s bold sculpture, Silent Expectation. As the focal point of the garden it is situated at the north end and visible from everywhere.

“The statue is spectacular,” said Mayor Steve Ferguson. “As a visual image on paper, it really does nothing compared to when you see it in person.”

The evening included free beverages compliments of Old Salt Cocktails and finger foods/desserts from throughout the centuries.

Among the door prizes included all kinds of gardening delights from Home Hardware, an amalgam of various businesses including Canadian Tire, Green Gables, Carson Arthur and Books & Company and a Kate Golding t-towel and a $100 gift certificate generously donated by La Condesa.

A quote from Jean-Jacques Rousseau goes as follows ‘Plant and your spouse plants with you; weed and you weed alone’ and Jennifer Lyons, Head Curator at the Museum offered her own version

“Plant a garden with your friends and they plant with you; weed a garden and you weed alone,” Lyons said.