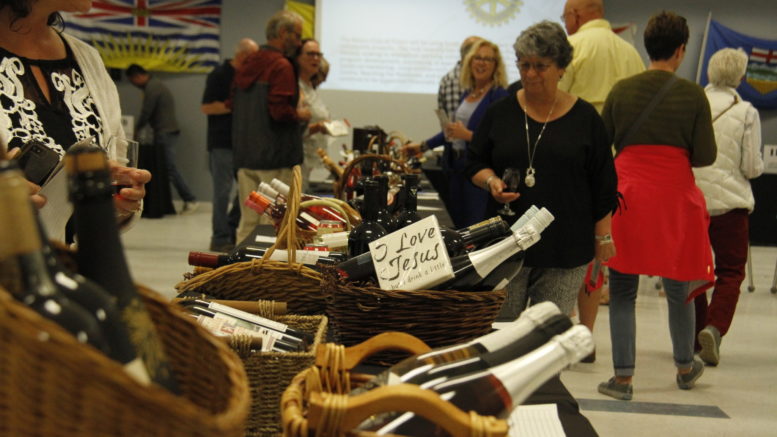 GETTING CORKED- Baskets featuring wine from all over Canada were part of the silent auction prizes at the 12th annual Uncorked Canada event at the Rotary Club of Picton Hall on Saturday. (Desirée Decoste/Gazette Staff)

When it comes to unique wine tastings, its hard to stick a cork in Uncork Canada.

Saturday at the Prince Edward Community Centre marked the 12th year of Uncorked Canada with last five of those years in the County.

All the wines are sourced from the judging of the All Canadian Wine Championships (ACWC) and are award winners. The competition has followed the progress of our country’s wine industry from its infancy to where it stands today, vibrant and competing successfully against the world’s best

“Uncorked has been rebranded from it’s former self,” Beverly Carnahan, director with the ACWC told the Gazette. “This is the 12th year, five years in the County and seven years with the Windsor hospital when I lived there.”

Around 250 people including the volunteers from the Rotary Club of Picton attended the event with around $10, 000 raised for the Prince Edward County Memorial Hospital Foundation with nearly half ($4,750) raised from the silent auction of 20 wine-baskets and the raffle for the ‘Wall of Wine.’ 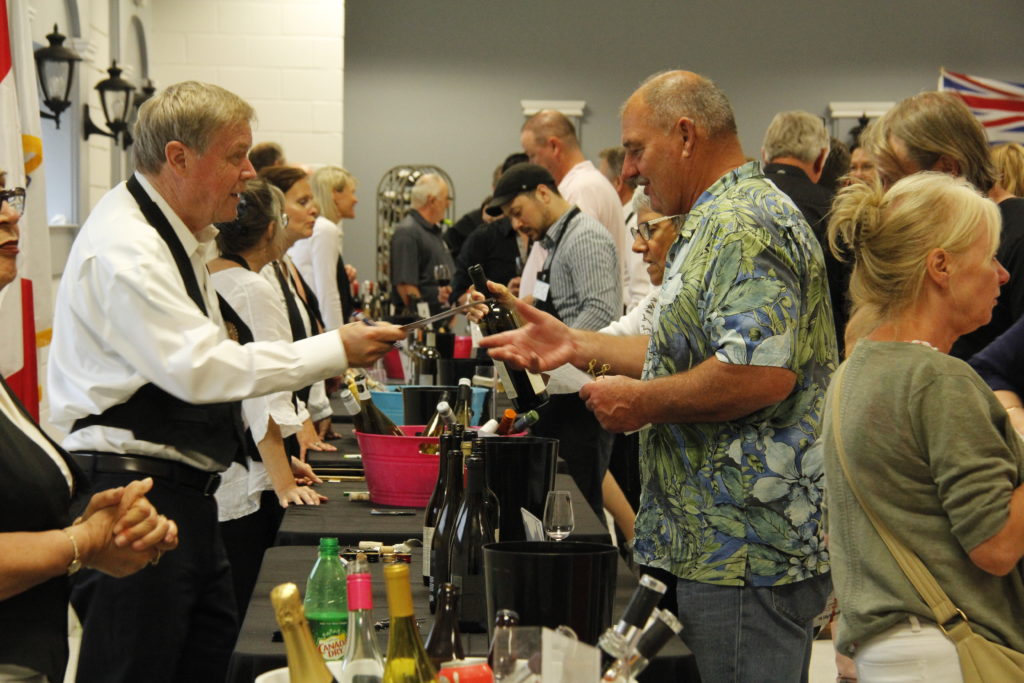 The ticket sales were up 50 per cent from last year with larger and targeted social media presence and a few radio spots helping drive ticket sales skyward.

For a ticket price of $40 at the door, or $35 in advance (groups of six or more the tickets were priced at $30 each) tasters received 12 tastes from over 700 wines of every style from table wine, red, white, sparkling, meads and ciders most of which are not for sale in Ontario.

As usual, vintages from B.C. made up the lion’s share of entrants to the ACWC.

Annually,  the ACWC receives over 1,400 wines from top vineyards across Canada but only the very best are chosen to present to the public in this unique tasting event.

All proceeds go to support the Prince Edward County Memorial Hospital Foundation and the Rotary Club of Picton.