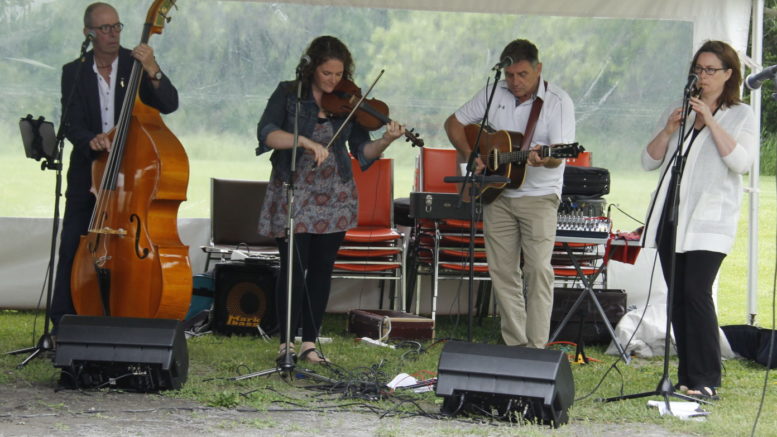 GETTING DOWN WITH SEVENTH TOWN- The Seventh Town Band was the featured performer at the 50th anniversary celebration of the Seventh Town Historical Society in Ameliasburgh on Saturday. (Desirée Decoste/Gazette Staff)

The MAGRC is located in Ameliasburgh ward which was  originally known as Seventh Town when it was settled by United Empire Loyalists in 1784.

In 1990, Seventh Town inherited two trusts from the estate of Marilyn Adams from which flowed the Marilyn Adams Genealogical Research Centre which formally opened to the public in the summer of 1994. 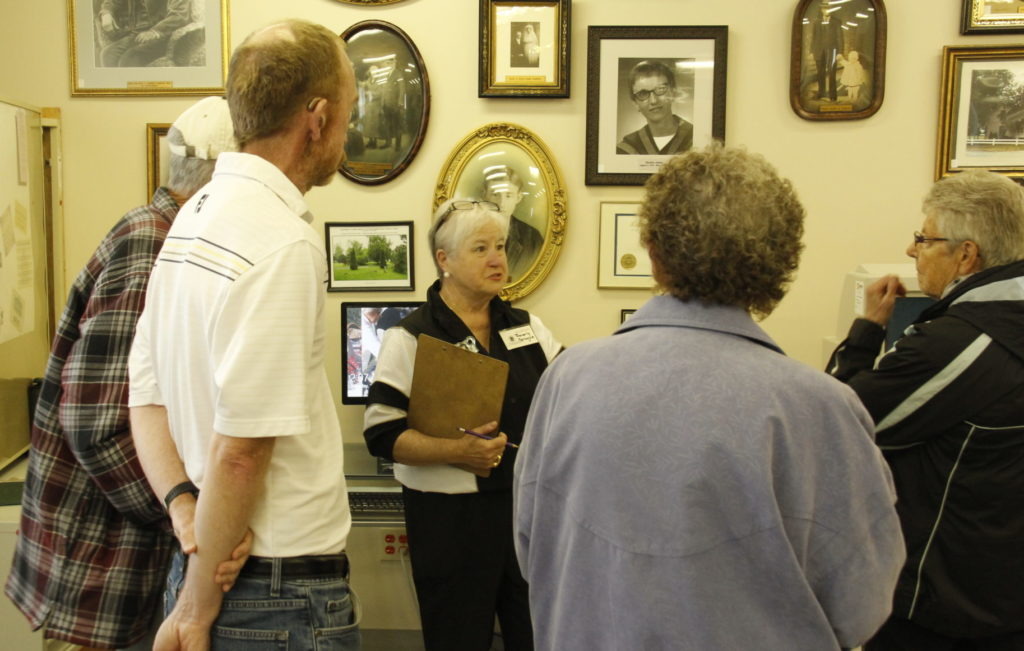 “The event went just fabulous as the weather held off,” Diane Godbout, president of the Seventh Town Historical Society expressed. “I would like to thank all of the volunteers as they’ve given 150 per cent so it’s been a pleasure.”

The MAGRC houses the Adams’ Family Museum Cunningham House, which is one of the Trusts. The other is a fund from which the interest helps provide the over $90 per day required to operate the centre.

The centre now houses a valuable and rapidly growing collection of genealogical research material and historic items of local, provincial, national and international interest. These donations have attracted researchers from Canada, the United States and Europe.

Hugh Heal, the society’s long time treasurer, offered the public a demonstration of his grave stone makeover process and pointed out some  of the amazing restoration work he’s performed to marble monuments in the  area. 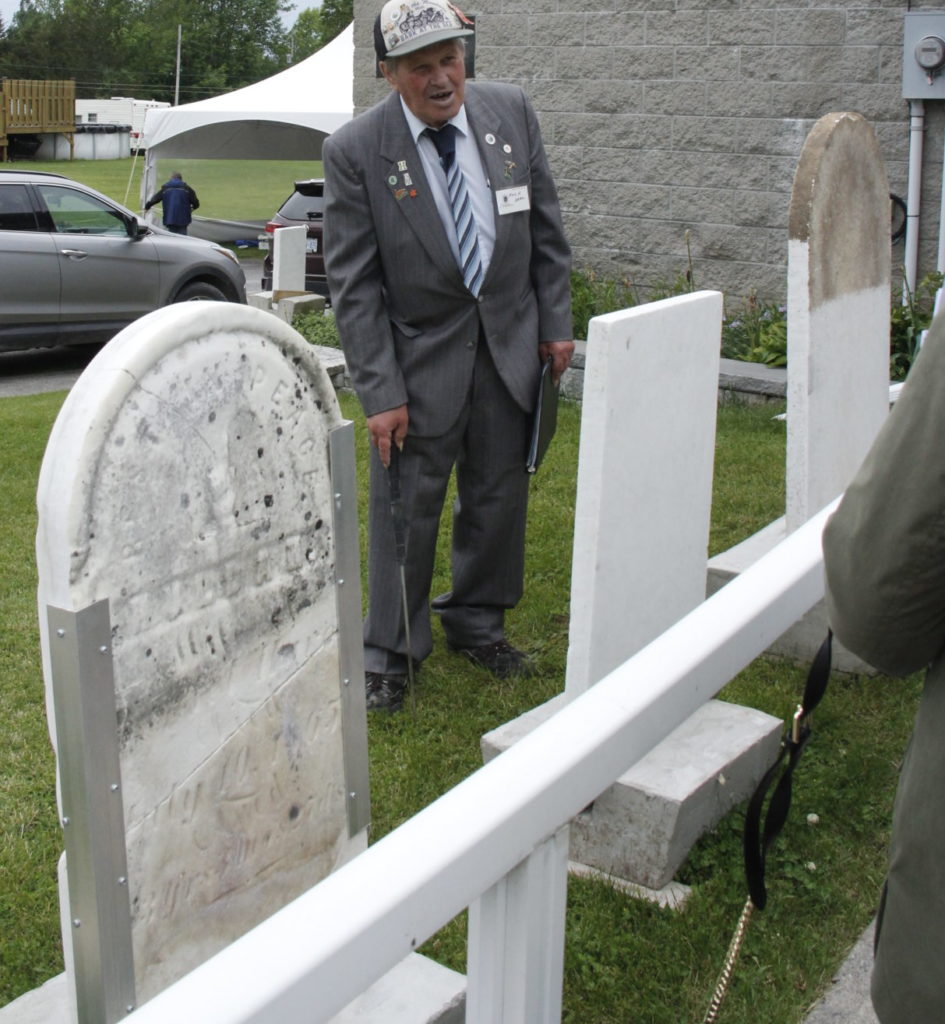 Hugh Heal with some of the gravestones he has restored. (Desirée Decoste/Gazette Staff)

“I was told I couldn’t afford to fix the stones,” Heal said. “So I more or less took it as a challenge.”

He decided he would fix them himself and ended up completing the first 50 or on his own so he could gain the knowledge and skills needed to restore gravestones.

After those 50, he made a deal with the municipality that they would give Heal his out of pocket expenses, which was only $13 back in 2005-2006.

Once Heal had restored around 300-350 stones (he’s done around 700 to date) he said the heck with the government, and now does it all out of his own pocket.

“I basically go from grave yard to grave yard looking at what needs to be repaired,” Heal stated “I repair the ones that need to be done and move on to the next cemetery.”

There are about 97 cemeteries in the Prince Edward County and the municipality is responsible for about 70 of them.

“I have permission from the County to walk into any cemetery that they operate or are responsible for to remove stones for restoration work,” Heal declared.

Food was supplied by Chicos Carribean Crisps and there was a cake commemorating the occasion.

“We’ve just had a blast with this event and it’s been fabulous!” Godbout finalized. “And after all, what kind of party would this be without cake?”