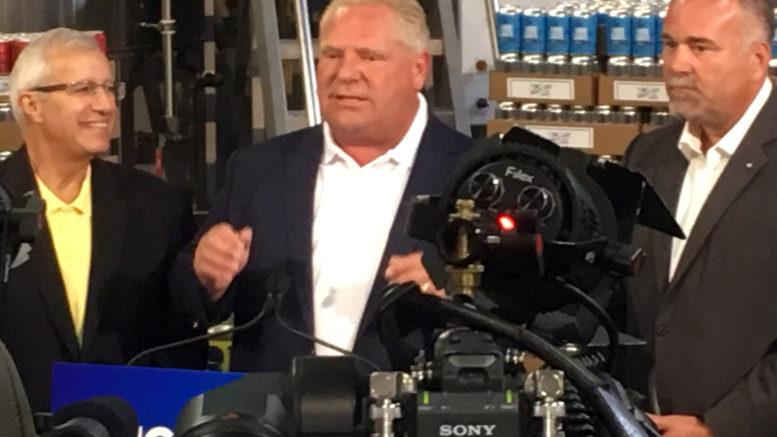 Bay of Quinte MPP Todd Smith will be taking on a new challenge in the Ontario government.

As part of a massive cabinet shuffle undertaken by Premier Doug Ford, it was announced Thursday at Queen’s Park that Smith would be stepping up to take on the Ontario’s Minister of Children, Community and Social Services.

Smith, who also served as Government House Leader, was previously the Minister of Economic Development, Job Creation and Trade.
Smith said he welcomed the new role.

“It’s the third largest ministry in government, so it’s a big, big responsibility,” said Smith. “I’m happy and honoured the Premier has chosen me to take on this really important file.”

The Ministry administers social assistance programs like Ontario Works and the Ontario Disability Support Program, developmental services and autism programming, the Family Responsibility Office and a wide range of community supports including those for women and children fleeing domestic violence and Ontario’s Indigenous communities.

“It’s an exciting file that’s important in the Quinte region and in communities right across the province. I’m ready to jump in head first to meet with stakeholders and families that are affected to better understand the challenges they’re facing,” said Smith. “I’m looking forward to working with all my teammates around the cabinet table and my new associate minister for children and women’s issues, Jill Dunlop, to ensure our government continues to provide for these families and ensure they have the services they need and the Province is providing those in a sustainable way.”

Looking back on the Government House Leader position, which Smith held for the duration of the 42nd session of the Legislative Assembly of Ontario alongside roles as Minister of Government and Consumer Services from June-November 2018 and Minister of Economic Development, Job Creation, and Trade from November 2018 to June 2019, the local MPP was proud of the work the government accomplished while he held that position.

“What a great role that was. As Government House Leader I helped shepherd 20 different pieces of legislation to pass – which is a record. We wanted to have somebody experienced in that role in the first year as we were moving legislation through the House as quickly as we could. I was pleased to serve,” said Smith.

Under Ford’s cabinet shuffle, the Tory caucus expanded from 21 to 28 members and a half dozen new-to-cabinet MPP’s will be taking on ministerial roles.

Smith said he’s pleased to see six new faces join cabinet and looking forward to continuing to deliver on the government’s promises as it enters its second year.

“The shakeup that happened Thursday is ensuring we have the right people in the right place at the right time,” he said. “Our premier always refers to our caucus as an all-star caucus and we have some very, very bright new additions added to the good team already at the cabinet table. It’s a positive all around.”

Looking at other major cabinet moves made by the Ford government on Thursday:

After an extended summer break, the Ontario Legislature reconvenes on Sept. 28, 2019