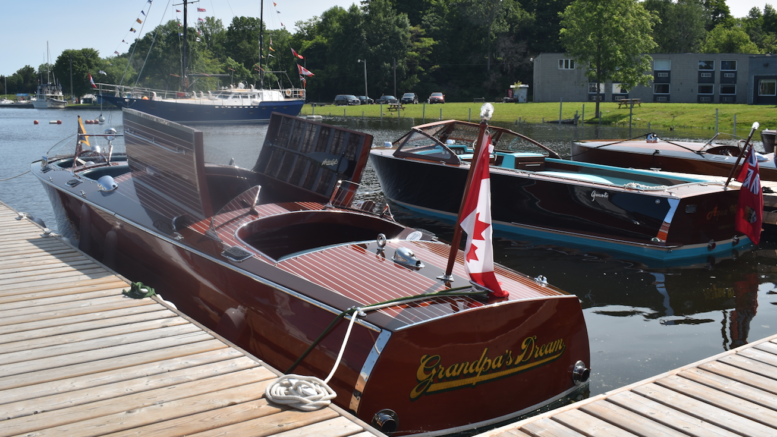 A group of nautical enthusiasts with a penchant for antique watercraft gathered by the Picton Harbour Inn for the first annual Antique Boat Show Saturday.

With the boardwalk and docks taken up a couple of years ago, the area had seen less aquatic and other activity than in many years before.

In total, an estimated 1,500 people stopped by the harbour throughout the course of the day. There was food and libations available for those who wished to partake.

Part of the impetus behind having a boat show in the Picton Harbour was to facilitate not only more foot traffic, but also more boat traffic.

“The antique boat show began in a meeting with a few different fellows-Dave Walcott, CJ Thompson and Dave Cleave, regarding a proposal that those three families wanted to put forward to the council that would allow them to convey their waterfront property to the County in the form of an easement,” noted Ritchie, adding, “Bill Roberts was also involved.”

“Roberts thought awareness needed to be brought to the harbour and I suggested that we have an antique boat show,” exclaimed Ritchie.

Ritchie, who owns a Picton Harbour Pontoon Tours, said this event would not have been possible without Walcott, who allowed the boat show to use their space at the harbour. 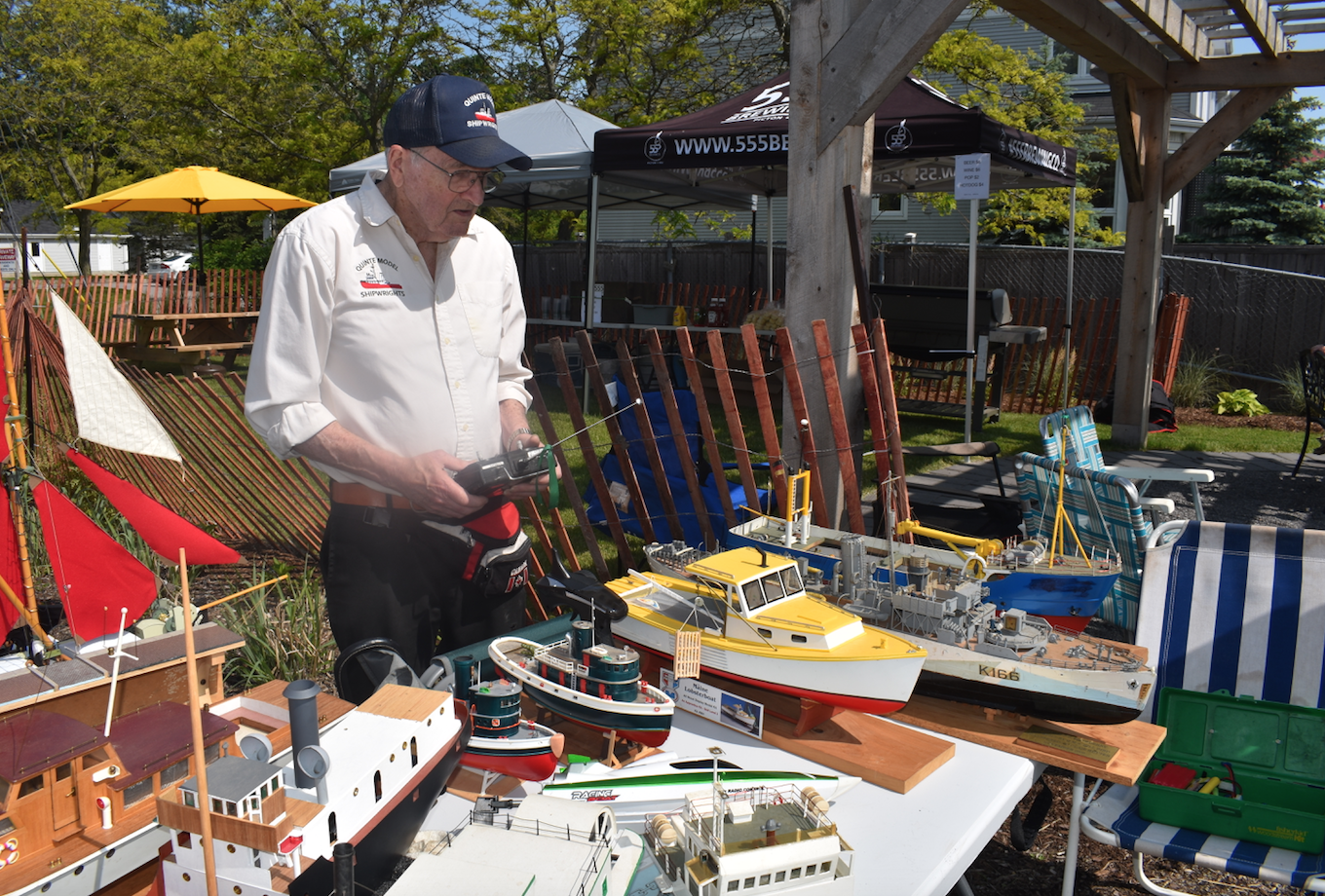 As well, the boat show was made possible through the financial support of Libby Crombie, the CJ Thompson family, Peter Lockyer, Dave Cleave and Picton Harbour Pontoon Tours.

The boat show was a homecoming for “The Jane”, a cedar boat built Picton back in 1936. However, most of the boats in attendance came from the Manotick Region.

Among the many antique boats, there were also smaller, replica boats on display provided by the Quinte Model Shipwrights.

Fielding questions from the public was Commodore of the Quinte Model Shipwrights, John McKerracher, who also took some time to speak to the Gazette.

“We’re also all nautical buffs. I think that’s part of it. I think as a crew, there’s a lot of skill here-being able to build things our of wood, metal and electronics,” asserted McKerracher, “And, there’s a lot of history here. Peter Sly, for instance, and a couple of other people, have been investigating boats that are unique to the area and date back to the 1850s.”

McKerracher was passionate about the need for the Quinte Model Shipwrights to pass on their knowledge to the next generation.

For those interested in boats, there’s a wealth of material to draw upon in this county surrounded by water.

“There’s lots of shipwrecks and magnetic anomalies here in Prince Edward County, so it’s pretty interesting,” said McKerracher. “Nobody cares about magnetic anomalies now, but 25 or 50 years ago, that would have been a big problem.”

Once the event had concluded, organizer Larry Ritchie was enthusiastic about hosting more.

“Participants had a super time,” said Ritchie emphatically. “I can’t see why it won’t grow into something 10 times larger.”

“It was a big learning curve for myself and the rest of the organizers, but considering all that, the food was great and the beer was awful cold. All in all, it was a great day,” Ritchie added.