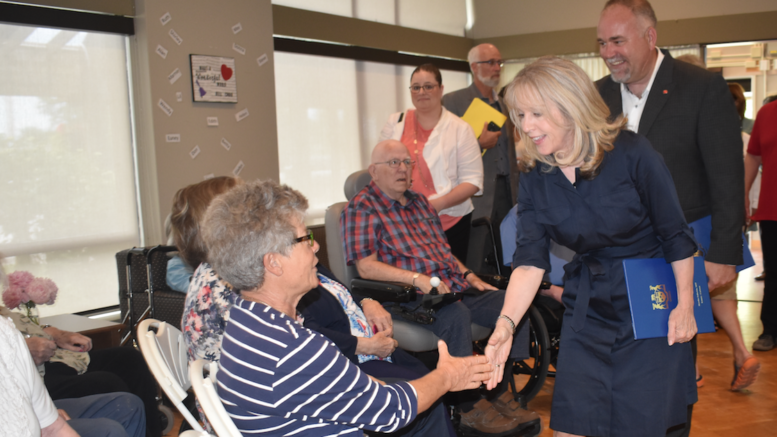 Just over seven years after Ministry of Health and Health and Longterm Care (MOHLTC) officials huddled residents and staff inside a common room and announced the 78-bed Picton Manor would be shuttered and closed, a new provincial government has righted a wrong committed that day in 2012 and allocated 76 new long-term care (LTC) beds to the County of Prince Edward and its H.J. McFarland Home.

Since that dark day, Bay of Quinte MPP Todd Smith along with municipal leaders of the day have been campaigning for the beds that were taken out of Prince Edward County when MOHLTC took over the operation of Picton Manor after Electrical Safety Associations officials conducted an inspection of the former Picton Hospital-turned-longterm care facility revealed “immense threat to life” and posted notice repairs and upgrades must be made.

The former Picton Manor owner balked at the required electrical upgrades and essentially walked away from the matter and the home was eventually closed in the summer of 2012 after the last resident was relocated.

For years afterwards, Smith and members of County Council called on the MOHLTC to make LTC bed reallocations in Prince Edward County but these requests fell on deaf ears at the Ministry of Health.

On Friday at H.J. McFarland Home, Minister of Longterm Care Dr. Merrilee Fullerton announced the province was making an investment that will transform the home into a into a modern 160-bed LTC facility.

Fullerton announced that the government is adding 76 new LTC beds and upgrading 84 existing beds to modern design standards at H.J. McFarland Home. When complete, the home will include specialized services for behavioural, dialysis, dementia and patients recovering from an illness or injury.

Timelines for the new build and rehabilitation of current space weren’t released but Fullerton was hopeful that from when shovels are in the ground to grand reopening, the construction period wouldn’t last more than 36 months.

“These beds are part of our government’s plan to ensure Ontarians needing long term care have access to a bed when they need it and where they need it,” Dr. Fullerton told a group of assembled residents, staff members and members of county council inside the meeting hall of the home. “For too long, old ways of thinking and failed models of care have left Ontarians and their families unsupported. For 15 years the previous Liberal government tried the same failed policies over and over, expecting different results. Our government has a better way, building a new and innovative LTC sector that will adieus needs now and into the future.

The Minister said Ontario seniors deserve access to high-quality care including and especially safe and comfortable spaces to receive the care they need and that’s “It’s unacceptable for over 34,000 Ontarians to be left waiting for a safe place to live and be cared for.” 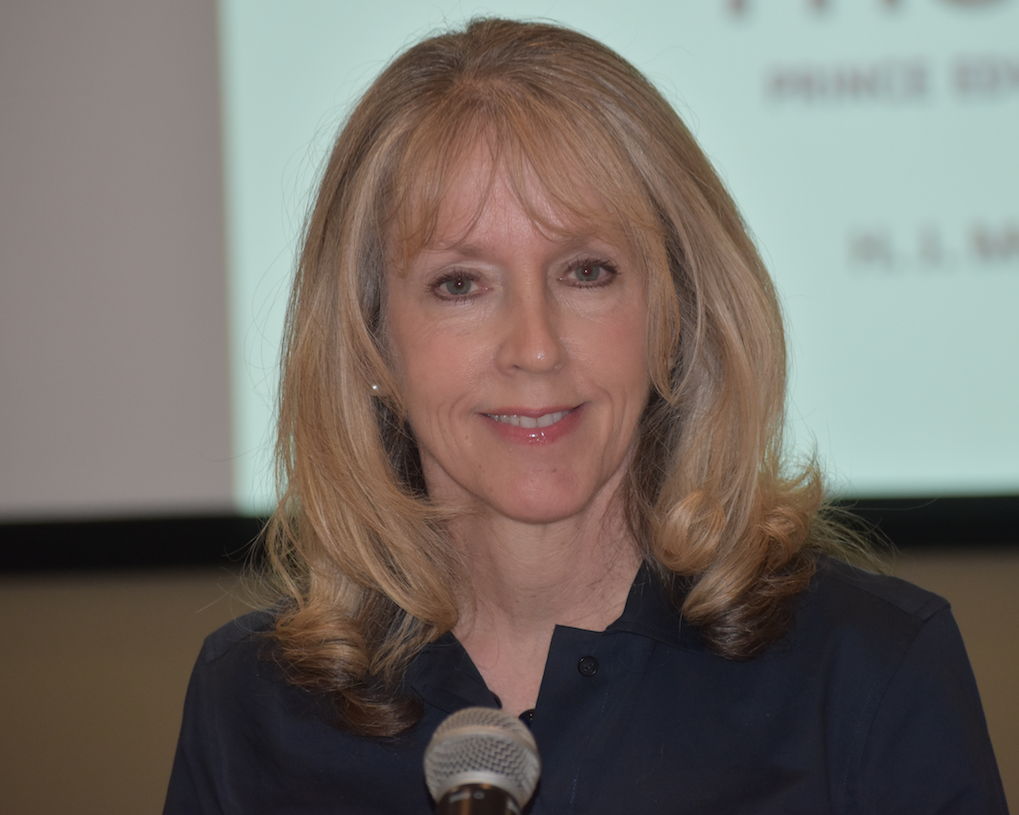 “These beds will help reduce wait times for those people that need care immediately and will help take the pressure off hospitals, allowing nurses and doctors to be more effective in their care. Our government is listening, we are engaging with our partners like here at (H.J.) and others across the province to share ideas, transform experiences and work together to make sure we have a strong public healthcare system in Ontario and longterm care is critical  to that,” Fullerton said. “Together we will create a public healthcare system where people are fully supported throughout their entire healthcare journey.”

MPP Smith approached previous Ministers of Health, The Southeast Local Health Integration Network and telling just about anyone else who would listen that the wresting away of 78 LTC  beds at Picton Manor and dispersing them elsewhere in Southeastern Ontario was unfair to the residents of Prince Edward County- an aging demographic who needed them most.

Smith said until the new government was sworn in about a year ago, there never was a plan in place in the MOHLTC to bring those beds back to Prince Edward County.

“I advocated to the previous government to try and get those beds back to the region, particularly to Prince Edward County,” Smith told the Gazette. “If you recall, there was very little by way of LTC capacity expansion by the previous government and this was a key campaign promise our government pledged last year. We are starting to correct a wrong in this area but as, we’ve heard, the need is still growing in Prince Edward County and I’ll continue to advocate for beds here.”

Other figures offered at Friday’s announcement included population studies that indicate Prince Edward County’s population of people over the age of 70 inspected to grow by 28 per cent over the next 3-5 years.

A new and expanded H.J. McFarland Memorial Home will anchor the County’s “Age in Place” campus, which aims to foster a full continuum of housing and care for seniors over time, without having to move.

The new home will be built on four acres of County-owned land adjacent to the existing long-term care home. The current H.J. McFarland Memorial Home will remain in operation while the new building is under construction. Residents will be transferred when the new home opens, minimizing disruption to their care and their lives.

After the announcement County of Prince Edward Mayor Steve Ferguson thanked MPP Smith for his continued efforts at the Ontario Legislature after the previous government couldn’t or wouldn’t recognize this aging community needed the beds lost in the shuttering of Picton Manor  to keep residents whose families had lived in Prince Edward County for generations to be able to age-in-place here.

“It’s  wonderful to hear this news today. We’ve been working with Todd and highlighting the critical need to get more beds added and when he was on the other side of the floor, he was hammering the Liberal government on this issue,” Ferguson told the Gazette.  “That hard work by everyone has paid off and we are very grateful and honoured this announcement was made in Picton today.”

County Council and County of Prince Edward senior administration have been made well aware in recent years of the need to have a critical mass of beds at H.J. McFarland Memorial Home to keep it financially viable under the municipality’s operations.

More than that though, new and badly needed beds in Prince Edward County will allow families to stay local and intact as opposed to leaving he island for assisted accommodations elsewhere in the Quinte area.

The mayor added the home will still be the  warm and welcoming environment it’s always been but “it will be also be modern.”

Vice-president and chief nursing officer at QHC Carol Smith Romeril said added long-term care beds is wonderful news for those in the community who require this type of care.

“From a hospital perspective, more long-term care beds means that patients no longer requiring hospital-level care have an appropriate place to go. This frees up beds in our hospitals for patients truly in need of the acute care that our hospitals provide,” said Smith Romeril.

In her remarks, Fullerton indicated the increased bed allocation at H.J. McFarland Memorial Home is part of the government’s commitment to add 15,000 long-term care beds over the next five years.