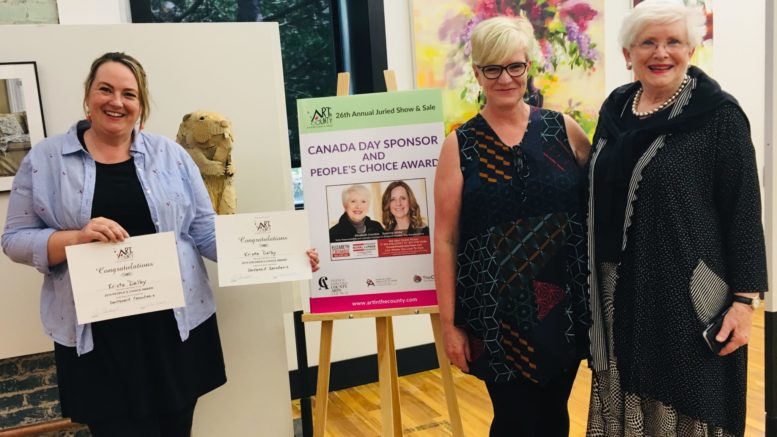 The 26th Annual Art in the County (AITC) closed for yet another year on Monday and, according to organizers, over 2,500 people attended the show during its 17 day run with a notable 750 people attending on Canada Day.

This year saw several changes to the exhibition. Not only was this the first year that the show was held in the newly revamped Armoury, but it was also the first year for the Children’s Choice Award.

On hand to present the award was sponsor Elizabeth Crombie of Royal LePage ProAlliance Realty Brokerage. “Krista is so dedicated to providing artful experiences for local children and youth, said Co-Chair Amy Shubert, “it is only fitting that she receive the first Children’s Choice Award.”

Having been an artist from a young age, Dalby explained to the Gazette what she describes as art as a tool for bringing people together.

Recently, Dalby also co-hosted Boxtopia during the Canada Day festivities in Benson Park. The event was geared towards children, being billed as a creative cardboard kingdom for kids.

Having taken art from the galleries to the streets, it should come as no surprise that Dalby has been recognized for her role in helping to spread art throughout the County.