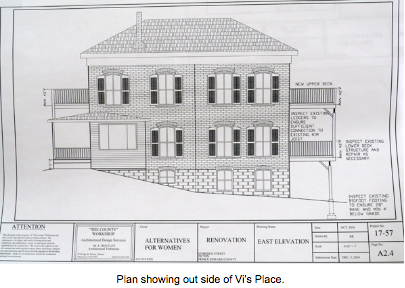 Alternatives for Women (AFW), a Prince Edward County non-profit that offers help for women of domestic abuse, has recently asked the public for help funding a new shelter.

The new shelter, dubbed Vi’s Place, is intended to be the first Women’s shelter in the County and will also feature four transitional housing units and one affordable apartment.

Located in Picton, the new shelter will be a renovated version of an older home close to downtown.

According to new Executive Director Leah Morgan of AFW, having a local women’s shelter is something staff have been dreaming of for years.

AFW were excited to see their dreams come to fruition until they were recently denied funding from an expected main grant.

“The requirements for the grant changed substantially,” said Morgan. “Our project wasn’t completely eligible-the grant was designed for much larger apartment buildings rather than a shelter of our size.”

What many may not realize is housing for victims of domestic violence receives no governmental funding. Even the existing, six-bed transitional housing unit was funded by the Canadian Mortgage and Housing Corporation (CMHC).

So, when alternatives lost funding for their new shelter, they turned to crowd sourcing such as a newly created GoFundMe Campaign to finish the long-awaited project.

According to Morgan, The Parrott Foundation have been of tremendous help along with various other grants and donors.

Describing “the safety of our women” as being paramount to the importance of this campaign, AFW asserts that asking for public donations for this project was a move that was not undertaken lightly by the organization. 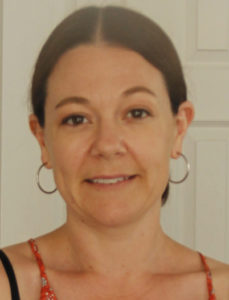 But, according to their GoFundMe Campaign, “It is too important to risk not completing the project.”

With support from the community, AFW is moving ahead with the planned shelter, though they still require additional funds for the project to be completed.

“The renovations will move in phases. September 1 is the day we’re looking to move our offices and we want to have the women move in shortly thereafter,” stated Morgan.

According to Morgan, a need has been identified for an emergency shelter here and her team at AFW is lucky enough to have a contractor that is continuing work on Vi’s Place in good faith that they will raise the necessary funds.

Currently, women in Prince Edward County who experience domestic abuse and are in need of temporary shelter must go to Three Oaks, a shelter in Belleville.

“Already since April, we’ve seen 16 women who’ve refused to go into a shelter in Belleville or Napanee because they aren’t able to leave the County for various reasons,” said Morgan, “We are really looking forward to a shelter for emergency situations.”

With domestic violence reported to be on the rise across Canada, it should come as no surprise that the same is true in the County.

“Here in the County, rates (of domestic violence) have increased by 7.5 per cent in the past year,” exclaimed Morgan, citing a statistic she received from the Prince Edward OPP last week.

Similarly, Morgan noted that in the first 5 months of 2019, police responded to 100 incidents of domestic violence, compared with only 93 incidents in the same time frame last year.

AFW’s online campaign is aiming to raise $50,000 while exploring every possible provincial and federal government funding avenue in order to reach the over $130,000 necessary to complete the County’s first emergency women’s shelter.

Those wishing to donate via cash or cheque, as opposed to online, may do so.

Already, only 10 days into the GoFundMe Campaign, AFW has raised upwards of $3,000.

With luck, and continued support from the community, abused women in the County may soon be able to find themselves a safe haven from abusers right in their own backyard.