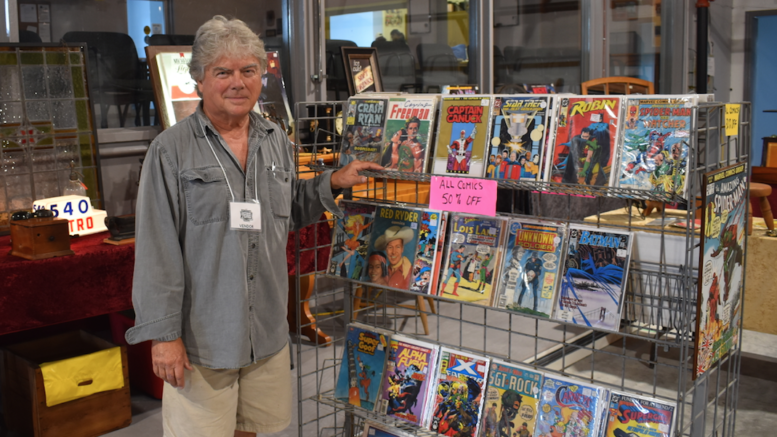 The crooning of music from a bygone era floated on the breeze outside the Curling Club this past weekend as part of the annual Antique, Vintage and Retro Show and Sale.

The show has been running for 54 years, nearly continuously. It is entirely volunteer-run, with some volunteers having helped with the event for up to 30 years.

Sitting near the entrance to the show was Kevin Bazkur, who has been organizing this event for over a decade. Bazkur has been running the show for the past four years.

After putting “What the World Needs Now” by Jackie DeShannon, a quintessential oldie, on the loudspeaker Bazkur sat down to dole out tickets and speak briefly with the Gazette.

“Trends (in vintage markets) move, they go in cycles. Right now, porcelain is not as popular as it once was. There’s a lot on the market because of people who have retired or are downsizing,” Bazkur noted.

“A lot of young people don’t want fancy dishes and silverware. It’s a different market now than it was before,” he added.

Still, the show boasts a wide variety of items to appease just about any sensibility.

“We’ve had a bit of everything through the years,” said Bazkur, “We’ve had some very unique items, from pieces of art to rare soda signs and even a coroner’s table. Today we just sold an 1878 Belden’s Atlas.”

Luckily, for vintage show organizers such as Bazkur, everything old becomes new again and what was recently commonplace can quickly gain an air of nostalgia.

Bazkur hosts two antique and vintage shows per year, one in Belleville and another in Picton. 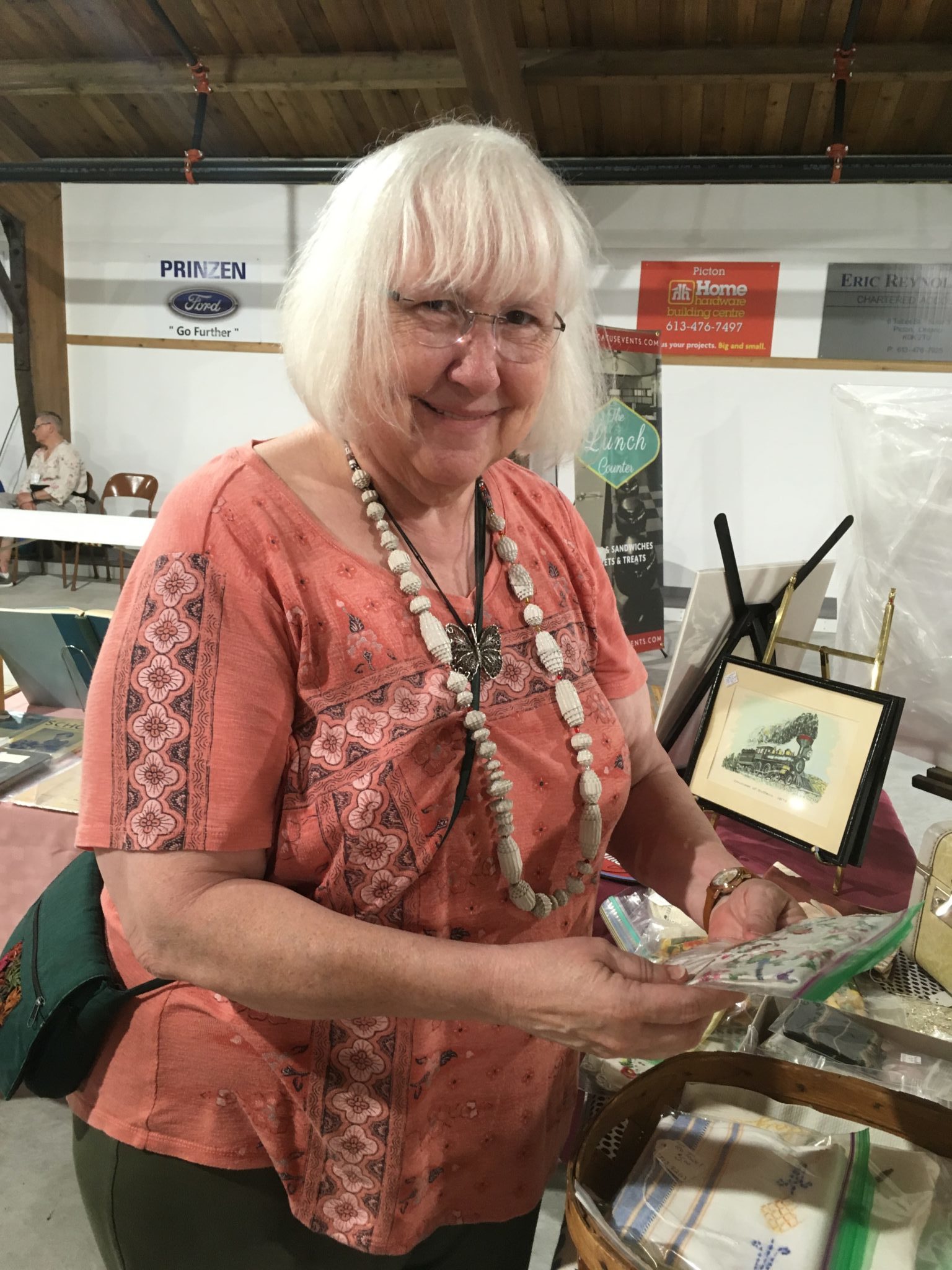 SOMETHING FOR EVERYONE – Carol Mannheim inspects a variety of vintage handkerchiefs.

“Nostalgia is big right now,” explains Bazkur. “I think people want something that brings back their memories. Though not as many people come here for porcelain and china as in years past, they do come for advertisement pieces, comics, coins etc,”

“I always talk about lunch pails, because I used to sell a lot of them back when Happy Days was on air,” he said, explaining the influence pop culture has on vintage market trends.

“Now, Happy Days is back on television and kids that are 10 or 12 years old want lunch pails again,” commented Bazkur.

Noting that he “always loved Picton,” and also lived here for 17 years, hosting the annual show at the Curling Club is somewhat nostalgic for Bazkur.

“It’s also great, because it helps raise a little money for the curling club, who have put a lot of work into the building in the past few years,” he added.

Bazkur also explained that the show is unique in that they charge vendors a relatively small amount.

“That’s unique among shows because many shows now, the rents are very high,” he emphasized, noting, “A lot of vendors come back each year, with some as far away as Western Ontario or Montreal.”

For antique and vintage dealers and collectors, there’s a lot on the market right now, according to Bazkur. Certainly, in a throwaway era, it’s refreshing to see antiques and other vintage items being reused.

“There’s a lot of estate sales or auctions. You never know what may be in a family home-it could be anything,” enthused Bazkur.

Through the shows that he hosts, both Bazkur and the many vendors are able to satiate a sense of nostalgia that plagues many, all while saving once loved items from ending up in a landfill.