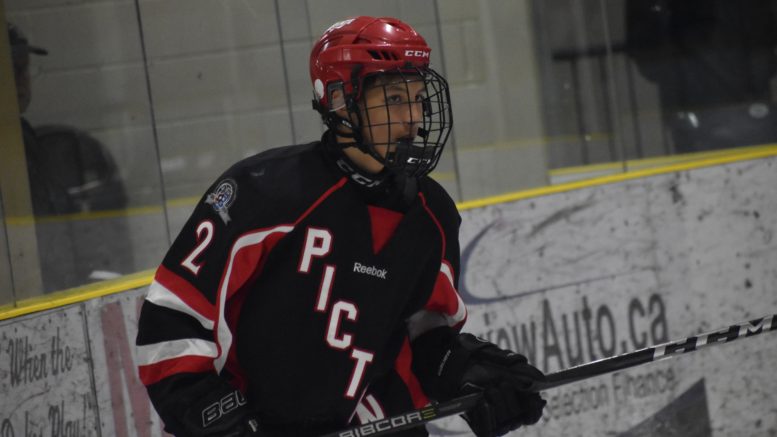 The Picton Pirates have begun restocking their lineup for the 2019-20 season and have inked a pair of rather well known quantities.

In Kirby-Palliser, the club knows the type of player will be joining them.

The left winger scored 14 goals and added 10 helpers in 24 games for the Quinte Major Midget Red Devils last season while also popping a pair of markers for the Pirates in five affiliated player (AP) games for the Bucs. Pirates Head Coach Tyler Green said the club was happy to have Kirby-Palliser commit to the team.

“We’re pretty happy with this signing, Nick is a 200’ player that has a bit of grit, has a nose for the net and can find the holes in the goalie and during the games he played with us, he was right there with everyone else in terms of skill,” Green told the Gazette.

The coach added despite his lack of size (5’9”, 150 lbs), Kirby-Palliser doesn’t shy away from the heavy going in the corners.

“He’s solid in the corners for not being a big guy and he’s very versatile, his speed and puck sense will be great for our special teams,” the coach added.

In Moore, the club is getting a hard worker that brings a consistent effort to the rink every night.

The left shooting forward who played 30 games for the Red Devils last season and scored a pair of goals while adding nine assists after graduating from the Belleville Jr. Bulls Minor Midget program.

“He brought that consistent work ethic to spring team this season. We are very happy to welcome Garrison to the Picton Pirates organization,” Green added.

This time around, Pirates prospects were shaded by a team from Peterborough.

“The spring league is great because we get to see how the players are on the bench, how they react to instructions from the staff, etc,” Green said. “It’s great to get to know the players, their families and really see how thy are developing.”