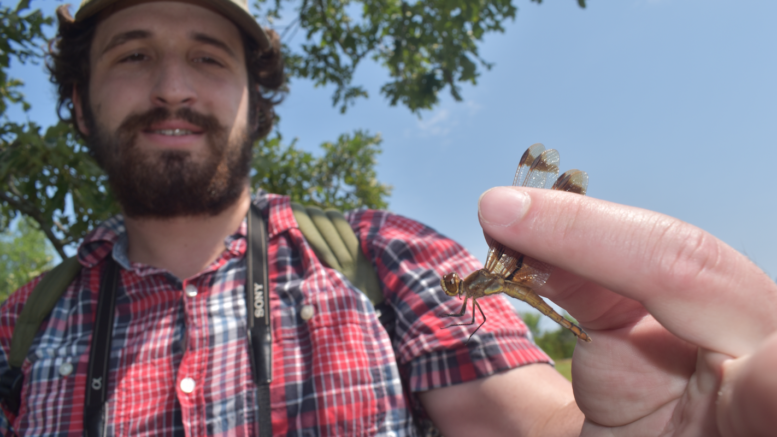 The was no stopping the 6th annual Bio Blitz organized by the Prince Edward Field Naturalists this weekend.

Soaring temperatures, blazing sun and high humidity didn’t stop the 50-60 dedicated experts and citizen scientists (some knowledgeable and others “learning on the job”) from combing the Nature Conservancy of Canda’s Hudgin-Rose property, just east of Ostrander Point Crown Land in South Marysburgh to record all plant and animal species viewed during a 24 hours period from noon on Saturday to noon on Sunday.

PECFN member Shelia Kuja explained the group partnered with the Prince Edward Point Bird Observatory, The NCC and the Hastings-Prince Edward Land Trust in 2019 to host the event, the sixth such Bio Blitz within the South Shore Important Bird and Biodiversity Area, which extends from Prince Edward Point to Point Petre.

Kuja reported participants came from all over Prince Edward County, Belleville, Trenton and Kingston but also visitors on vacation from as far away as Florida and California.

“Some of the experts were local but others made the trip here from Toronto, Oshawa and Napanee.  Our own Terry Sprague led a birding walk down Ostrander Point Rd. at 8:30 a.m. Sunday morning, identifying birds they saw or were singing.  The Whip-poor-wills that had started calling around 9:30 p.m. the night before were still calling at 5:30 a.m. when an “early birder” arrived before the walk,” Kuja told the Gazette. 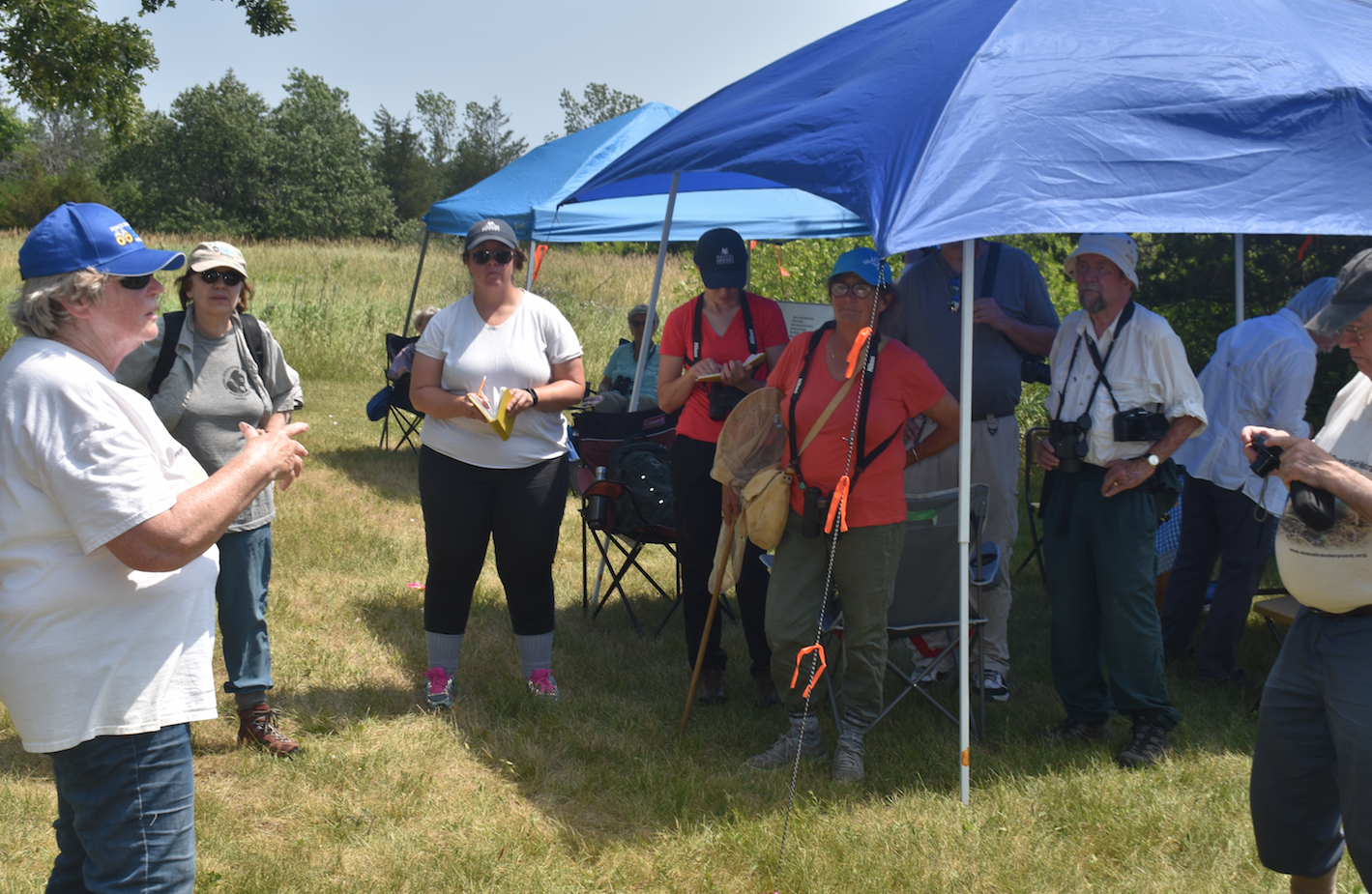 PECFN Member Shelia Kuja speaks with those taking part in the Bio Blitz at the Hudgin-Rose Nature Reserve on Saturday. (Jason Parks/Gazette Staff)

The idea of a Bio Blitz, in addition to collecting information about the biology of a site, is for members of the community to learn from experts on walks scheduled during the events.  Other experts work on their own to survey a certain group – such as dragonflies or spiders and then report their findings.

On Sunday morning everyone gathered around Dave Beadle to see the moths that had been attracted to his light the night before.

“ It’s interesting to see them clinging to the egg cartons, some drably coloured and others with odd shapes and patterns and often mottled to blend into their surroundings, so predators won’t notice them while they are asleep during the day,” Kuja said.

Matthew Christie attended to post secondary school to study entomology and was assisting PECFN in the capturing and identification of dragonflies.

“There’s a great variety of dragonflies and I’ve seen four or five already,” Christie told the Gazette Saturday afternoon. “There’s also a great selection of butterflies compare to other years because we’ve started earlier in the summer this year so I’m excited to see what we can find. “

David Bree lead a group on Saturday searching for butterflies and despite the wind found many, including the Silver-spotted Skipper, American Lady and Eastern-tailed Blue with the Common Wood Nymph being the most abundant.

A big attraction was the aquatic study conducted by Les Stanfield of Morrison Point Rd.

From the swamp at the south end of the property, he and his group found Sticklebacks, frog tadpoles, a huge Predacious Diving Beetle and other aquatic insects for the group to see.

During the 24 hours, over 200 plant species were recorded, 50 species of birds, 23 species of butterflies, at least 15 different dragonfly and damselfly species, several reptiles including the endangered Blanding’s Turtle, five amphibian and four different kinds of mammals.

“NCC biologists will be developing a management plan for the property this fall, so they were excited to have a BioBlitz here.  With all the information collected, they will be able to produce the best plan possible to ensure the protection of the endangered species and alvar habitats present and deal with any invasive species that might threatened them,” Kuja added.