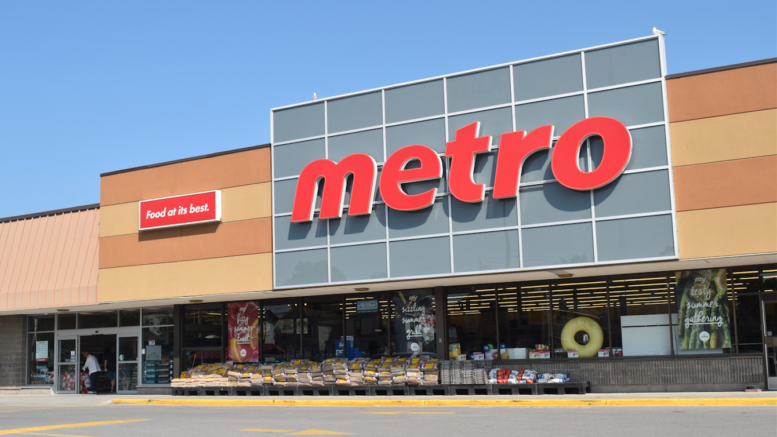 On August 3rd, staff and volunteers at Metro grocery store in downtown Picton will be braving the heat to host a fundraising BBQ with all proceeds going towards Hospice Prince Edward.

“Metro contacted us saying that they wanted to host a fundraiser and that the’d had a lot of success with BBQs in the past,” said Amber Putman, Events and Fundraising Lead at Hospice.

Metro wanted to give back to Hospice and thought this was the perfect way, stated Putman.

“Hospice is dear to my heart as well as a few other employees,” said Murray Lupenette, Metro Franchisee.

Furthermore, “there’s not one penny going to pay for anything,” stated Lupenette, adding that between the store and their sponsors, such as Maple Leaf Canada, Pepsico Canada and Canada Bread, they are covering the total cost of expenses incurred from this event meaning every dollar raised next Saturday will go towards Prince Edward County’s residential hospice.

As Putman pointed out, Hospice does not charge their clients for any of the services they receive.

The proceeds from the BBQ will go directly to operational costs, such as heat, hydro water, supplies and staffing to name a few.

The proceeds will also be used to fund the services Hospice provides to their clients.

“We’re hoping lots of people will come out (to Metro) and enjoy a delicious BBQ,” said Putman, enthusiastically, adding that for those who wish to donate directly to Hospice, that is possible also.

“Take a break during your busy holiday weekend and let us do the cooking,” Putman enthused.