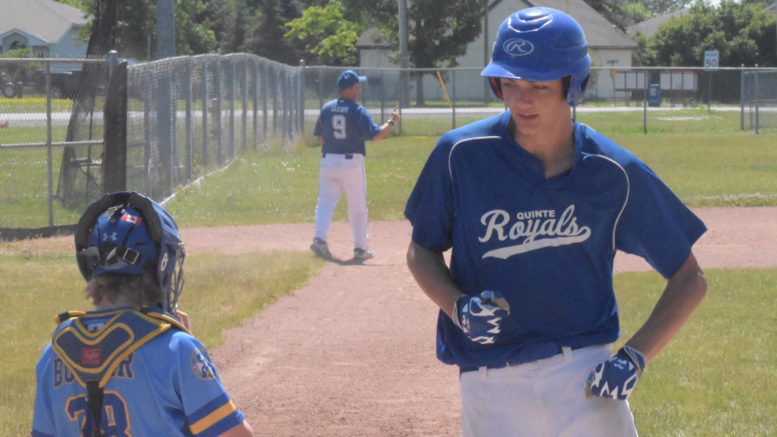 The Quinte Royals Midget baseball team continued to flex their muscle at Wellington’s Field of Dreams on Sunday as they swept a twin bill against the visiting Oshawa Legionaires.

Showing they can hurt opposing teams in the field, from the mound and most certainly from the plate, the Royals blasted Oshawa 10-1 in the opener and only needed five innings in the second half of the double header as the hosts whitewashed the Legionnaires 10-0.

The Royals will close out the regular season at Rotary Park in Belleville on Wednesday when they host the Northumberland Jacks.

The Royals are made up of players from all over the Quinte area and have utilized the Wellington diamond as their home field during weekend games. Local baseballers on the squad include Cooper Rogers, Ben Wells, Will Ronan, Brodie Byford and Nolan Dawson.

Skipper Dave Cleary said the club likely has the best two pitchers in the EOBA loop in Ronan and Aaron Brennan. Ronan got the start in the opener on Sunday, after allowing the first batter to reach base with a single and eventually score, the Picton native mowed down the remaining Oshawa batters,  allowing only two base knocks the rest of the way.

In the afternoon game, Brennan was lights out, pitching a five inning no hitter. 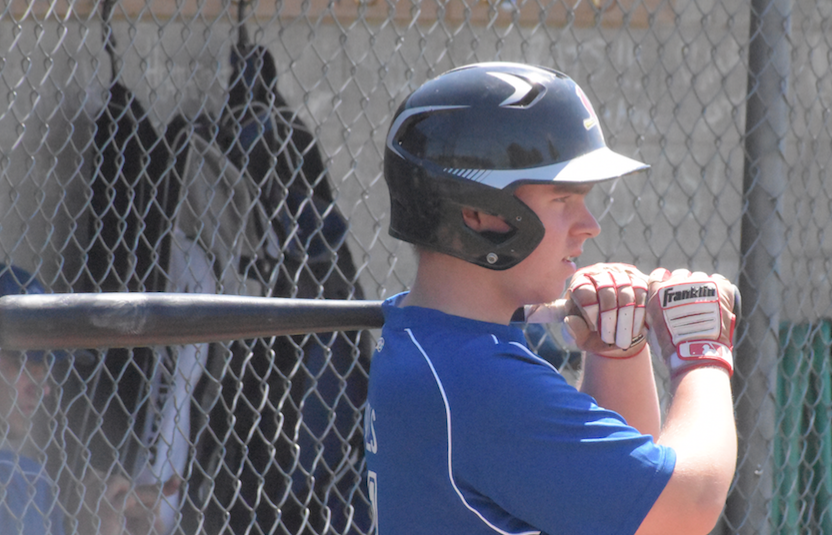 Cleary said the graduation of a number of second year hurlers from last season could have negatively impacted the club in 2019 but Brennan and Ronan have stepped up to the pitcher’s mound in a big way.

“Everyone in the county knows what (Ronan) can do and he’s been great while (Brennan) has developed some devastating off speed pitches to go with his 80 mph fastball,” Cleary told the Gazette.

Good pitching and defence has been the hallmark of the Royals and, behind the dish, veteran Ben Wells, another County native has commanded the tools of ignorance and done well as the backstop.

“He’s pitched a few games for us as well but I’d say he’s slotted into that number one catcher role and he’s a veteran that swing the bat in this league,” Cleary said.

In terms of a couple of fresh faces that have rolled their success playing for the PECI baseball team into the Royals fold are first year infielders Cooper Rogers and Nolan Dawson.

Rogers was at the top of the Quinte lineup on Sunday and has shown a knack for getting on base, Meanwhile, his play at first has been promising according to Cleary.

“Coop’s been invaluable, he can run, he fields his position very well and is very coachable. He understands where he is in terms of his development as a player,” Cleary said. “Nolan is a very well rounded athlete and has really grown into our everyday second baseman.”

Finally, the club has hulking Brodie Byford as an affiliate player. A heavy bat off the bench, a pitcher when needed and also first baseman, Byford brings a little bit of everything to the squad.

“He’s a great guy to have around, he keeps it light and keeps us coaches on our toes,” Cleary said with a laugh.

While the club has played in the A division all season, the OBA had different plans for the Royals and the club has been elevated for the upcoming play tournament next month in Richmond Hill.

Quinte will likely need to finish second or better in a three team play-down featuring the Royals, Peterborough and Pickering. But before any of that concerns them, the club will look to put the finishing touches on their season at Rotary Park Wed., July 31.