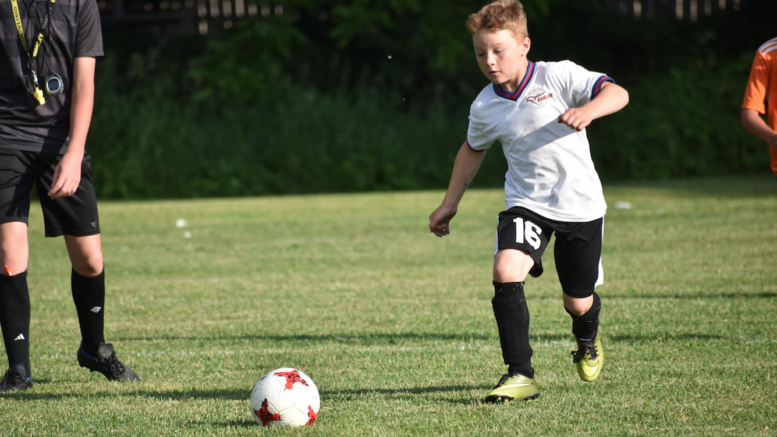 Hot on the heels of an undefeated appearance at the 2019 Mississippi Invitational Soccer Tournament at Beckwith Park in Carlton Place this weekend, the U10 Neil Thompson Services PECSA Eagles rolled into Kingston Tuesday and shaded the host Kingston United club 3-2 top move their record to 3-4-1 in the Southeast Ontario Soccer Association.

The Eagles surrendered the games first goal but Braeden Grant got the locals back to square with a strike just before half time.

Early in the second half, Lane Kempers delivered a beautiful lead pass to Jake Goad and the striker made no mistake to lift the Eagles to their first lead of the contest.

Gaining momentum and pressing the attack, Kempers would provide a key insurance strike to make it 3-1 in favour of PECSA.

United would manage to beat keeper Ross Martin once down the stretch but the Eagles defence held on and nursed a 3-2 win to full time.

A depleted Eagles squad were tasked without their usual compliment of depth in the regular season affair but still had enough in the tank to shade the hosts. Eagles skipper David Walcott was proud of the effort on Tuesday especially after the club had a busy weekend in the Ottawa region, going a perfect 3-0 to finish as one of the top teams at the U10 festival. 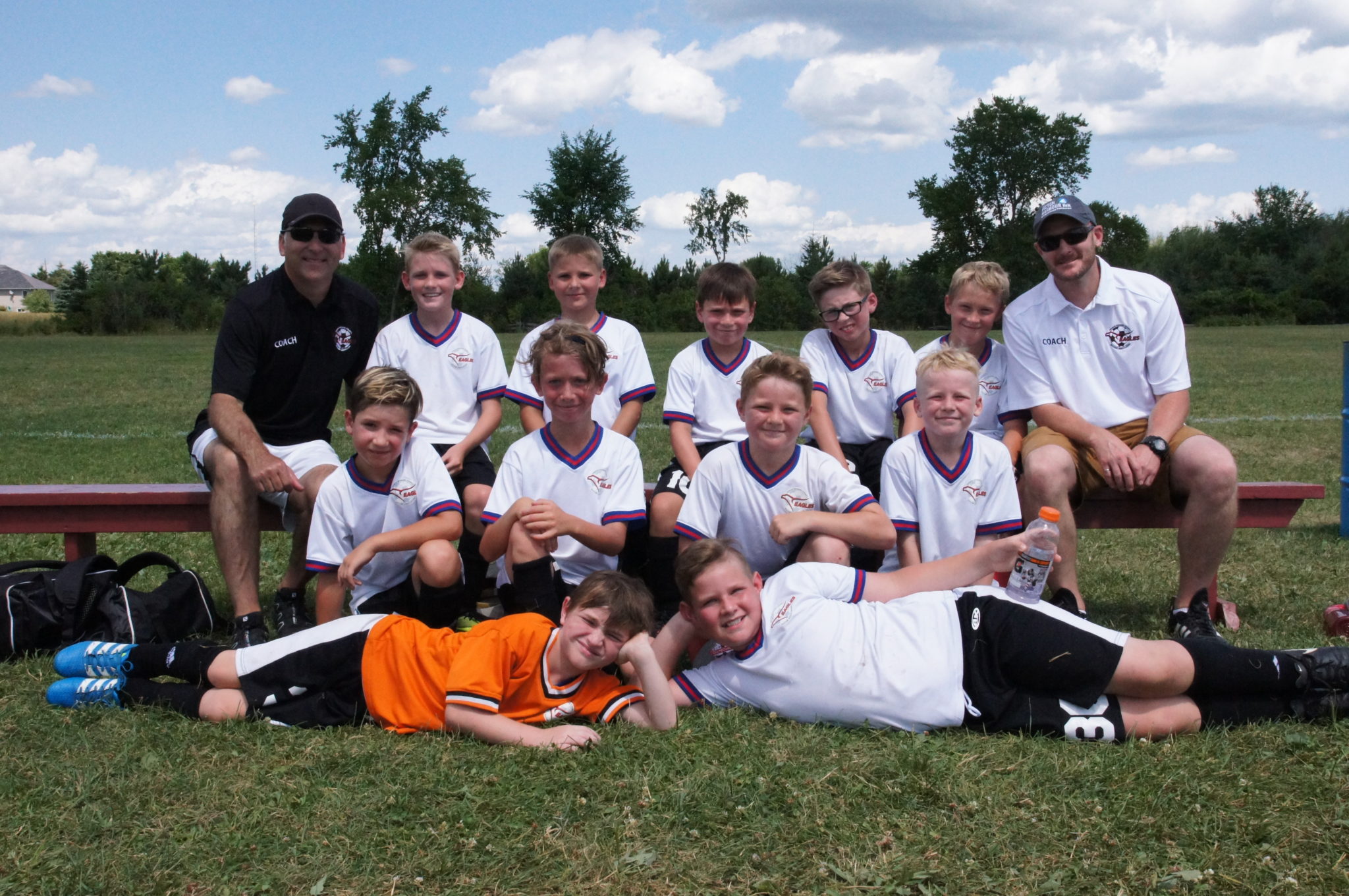 The Neil Thompson Services U10 PECSA Eagles after their undefeated showing at the 2019 Mississippi Invitational Soccer Tournament in Carlton Place, ON Sunday. (Submitted Photo)

“The kids played really well and it was nice to take part in a tournament where the drawing areas for the teams were similar to Prince Edward County,” Walcott said. “The biggest improvements the coaching staff saw from players this weekend was that they were spreading out exceptionally well and really good ball with their ball distribution and moving it out to the wings.

Another key to success for the Eagles this weekend was their propensity to win 50/50 ball battles.

“I’d say at least 80 per cent of the time, we were able to come away with the ball and when you can do that on a consistent basis at this level, good things will happen.”

It was an early trip to Carlton Place Sunday morning as the Eagles faced Pembroke United at 10 a.m. but the trip didn’t faze the Eagles as the club found the net early and often.

Birthday boy Jaydon Hass paced the PECSA scoring with a pair including a beautiful header that might have been the prettiest goal of entire tournament.

Jake Goad and Nolan Thompson also found the range before half time.

In the second half, Kempers had a long boot to get the Eagle ahead by a handful.

Only a late goal by United spoiled a potential clean sheet by Keeper Martin.

Martin would get that clean sheet in the second game against Deep River as the Eagles whitewashed their opponents 4-0.

Landon Latchford scored his first two goals of the tournament, converting the only strike in the first half and bulging the twine early in the second to stake the locals to a 2-0 lead.

Parker Osborne wasn’t content to let Hass have all the fun and booted home his first of the season to commemorate his birthday as well.

In the final game of the tournament, Martin gave way to Thompson but the Eagles didn’t change their strategy and finished the day with a productive 3-1 over Petawawa.

Goad would get the Eagles on the board but the Falcons didn’t let up and managed to tie the contest before the end of the half.

Grant would get the game winning goal in the second half and Hass added an insurance tally in the late going.

The Eagles are in Kingston to play the Clippers next Tuesday and finally return home to the PECSA pitch on Johnson st. with a 6 p.m. kick off against Belleville.