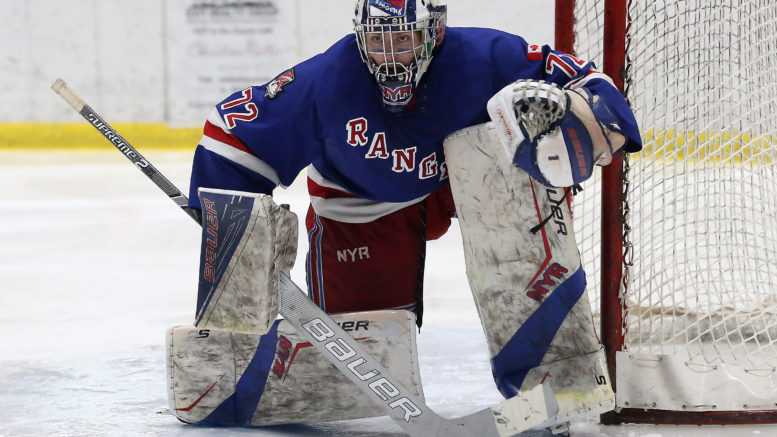 ‘Have pads, will travel’ has always been the calling card of the defending Canadian Junior Hockey League Goaltender of the Year and Prince Edward County native Jett Alexander.

And, much like some county stock that came before him and many that will come after him, Alexander can see a dream far off in the setting sun of the western Canadian sky.

Alexander, the best goalie in Jr. A ranks in Ontario this past hockey season, is setting his compass in a westerly direction and travelling to the central British Columbia city of Prince George to suit up for the British Columbia Hockey League’s Spruce Kings in 2019-20.

Alexander was one of the most highly decorated players in Jr. A hockey in 2018-19, winning the OJHL  Goalie of the Year and Top Goaltender awards, the OJHL’s MVP, the Ontario Hockey Association’s Jr. A Player of the Year as well as the aforementioned CJHL GOY.

The Prince Edward County Kings alumnus who moved on to play AAA hockey for the Quinte Red Devils, Don Mills Flyers and the North York Rangers, living in Toronto during his years playing minor hockey in the Big Smoke and attending school there, knew he might be getting dealt as his Rangers are likely taking another direction in terms of building their club for the upcoming season as well as future campaigns.

Entering his final season of junior hockey, Alexander’s excited about getting the opportunity to stare down shooters in the BCHL, a loop that’s one of if not the best Junior A leagues in the world.

And in the fact he will be living in a smaller city after being  stationed in Toronto for the last half dozen hockey seasons. 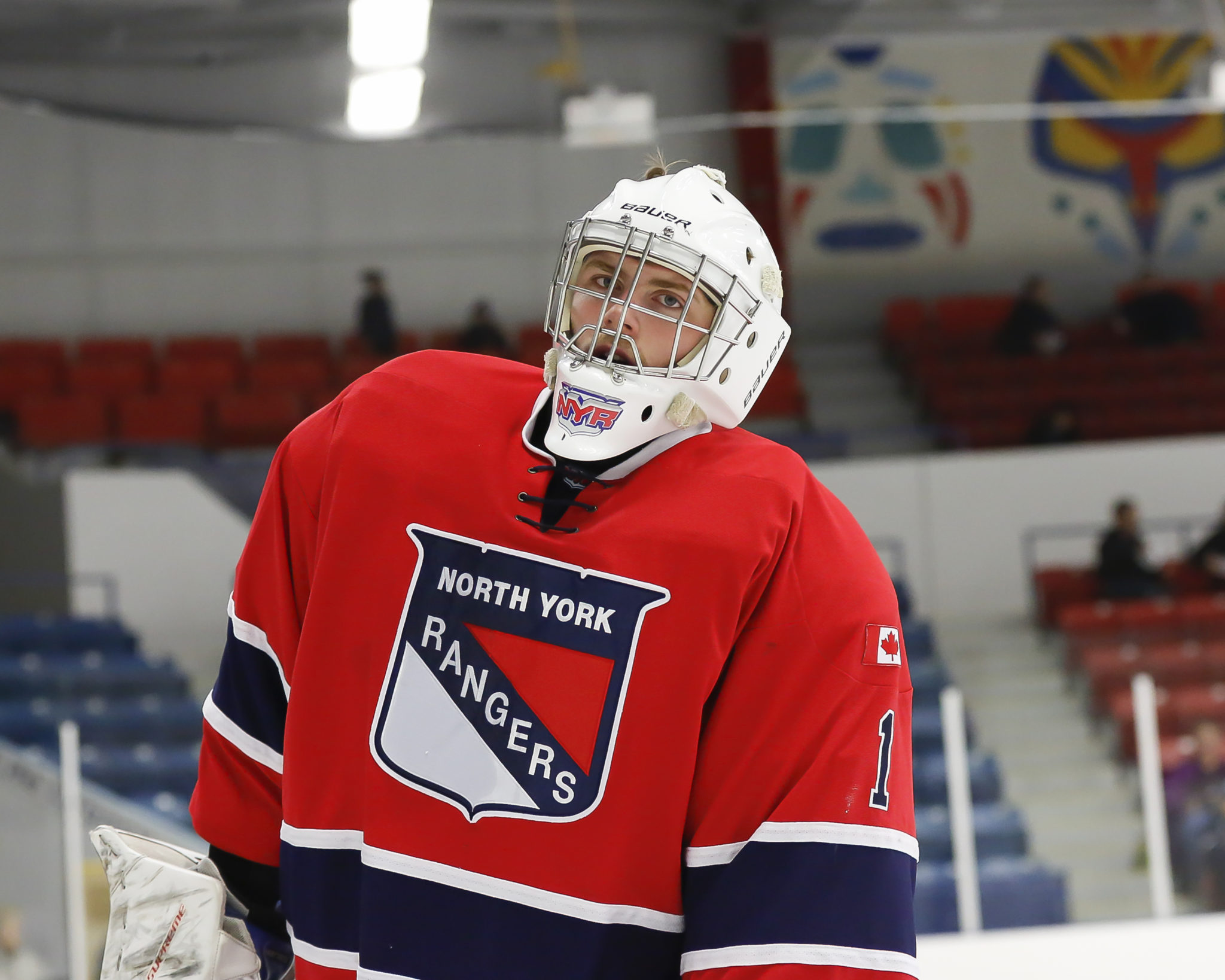 “It’ll be nice to be somewhere a little more moderate in that sense and I already know the Spruce Kings are a really good organization. Everything has been first class all the way. They are really organized,” Alexander told the Gazette Monday.

Pointing a 30-11-1 record with an OJHL record ten shutouts, there’s no denying Alexander benefitted from the Ranger’s strong systems play but it was a reciprocal arrangement in that, if the team was flat, the lanky County native could win games on his own for North York.

And win he did. His Rangers were the top team in the Northeastern Conference of the OJHL and spent virtually the entire season ranked in the top ten of the CJHL.

“The individual success I had in 2018-19 was in part due to how good we were as a team and I think it’s important for me not to pressure myself and try and recreate that this season in Prince George,” Alexander said. “Last season was everything going together for everyone involved at just the right time. I’m just going to try and keep my game the same and get stronger. I feel like I’m on top of everything and I’m on pucks better in my skating sessions this summer so I’m hoping that’s a good sign.”

The net minder is still without a post-secondary commitment to an NCAA Division 1 program and Alexander said it’s been a matter of sourcing the right offer.

Moving to the BCHL and succeeding will almost certainly ensure United States college programs up their ante in terms of scholarship packages but Alexander isn’t overly concerned about anything more than the season ahead, much the same way he’s been able to come to terms with how his Rangers bowed out in the OJHL playoffs against his hometown Wellington Dukes.

An emotional series to be sure, Alexander’s appearance against the local favourites ensured a packed Lehigh Arena during the home part of the seven game set.

While there was no questioning who the favoured team was, Jett boosters were clearly identifiable in the stands and Alexander admitted to sensing that support.

“It was really cool to see everyone cheer when they announced my name and see the signs of support,” he said. “It was battle right from the start and we put ourselves in a bad spot in that series. And anything can happen in Game 7.”

The Rangers were a bouncing puck away from forcing overtime but the Dukes, by the skin of their teeth, were able to hang on.

Alexander still shakes his head at some of the calls that went the way of Wellington in the 2019 OJHL semi finals and said he couldn’t wrap his head around most of them.

“It stung a quite a bit after the series but I have no ill will to the Wellington organization now and I hope they go far again this season too,” Alexander said.

Despite spending most of his winters recently in Toronto, Alexander said he could still slip home to Prince Edward County and Black Shire Farm if he was in need of a rest, a home cooked meal or a talk with his parents.

Living on the left coast will prove much more of a challenge if he yearns to reconnect with his Prince Edward County roots.

“I could always come home for a night if I needed to but I feel like the BCHL is the next logical step in my career,” Alexander said. “I’m looking forward to driving out there, seeing Canada and getting started.”

Spruce Kings General Manager Mike Hawes said the club was excited to add a proven veteran goaltender and a quality person to the lineup.

“Over the past several seasons we have had not only great goaltending but tremendous young men fill that position for us,” Hawes said in a press release. “We will be continuing down that path with the addition of Jett. He is a great young man and teammate and is one of the premier goalies in the country.”