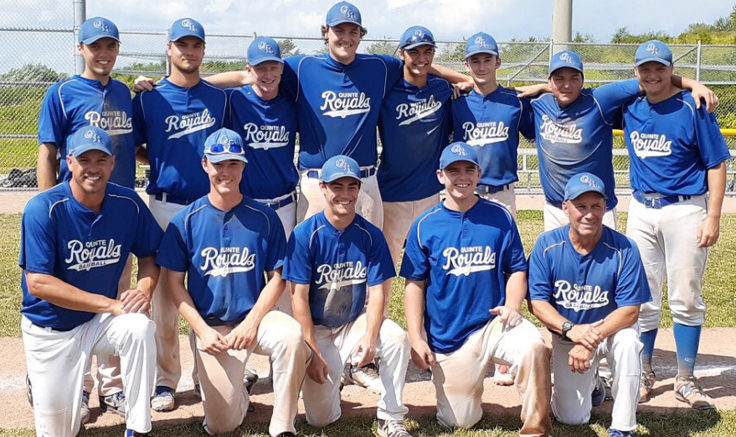 Overall, the Royals displayed the skills they’ve developed this season and their minor baseball careers.

The club had thunder in their lumber, pulled off six delayed steals and, save one inning where their glove skills abandoned them momentarily, were solid in the field. All told, the Royals outscored their opponents 82-8 as they hammered the ball all over the Larry Pearson Complex.

But sadly, this weekend’s tournament marked the only time the Royals will line up against AA opposition as the club has decided not to take part in the OBA AA playdowns and tournament.

Skipper Dave Cleary told the Gazette the single A club didn’t think it could assemble a complete team for both the AA elimination tournament and the OBA Finals later in August.

“It’s a shame but I think we showed very well this weekend that we could compete and dominate at the AA level,” Cleary said.

The team wrapped up the Eastern Ontario Baseball Association regular season last night at Rotary Park, looking to be the first Royals rep team never to have lost a game during the summer- regular season or tournament play.

“The coaching staff is incredibly proud of this group, most of them have been together since Minor Pee Wee when we won only three games all season.With their hard work, determination and commitment, they put themselves in a position to go 25-0 and that’s pretty special,” Cleary added