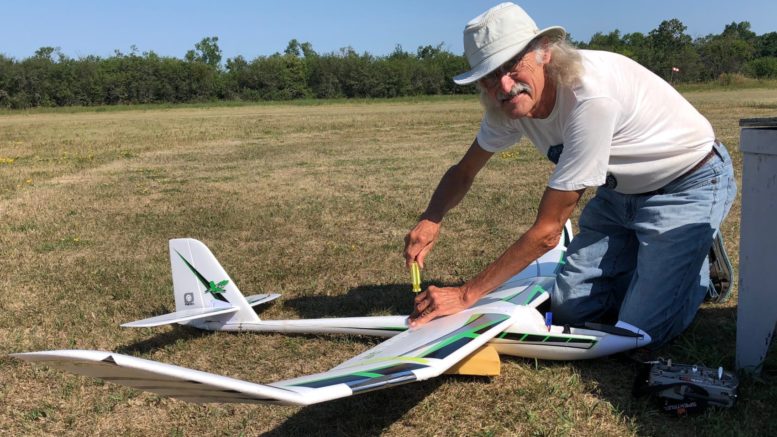 The sky was a bright blue and the planes were buzzing at the Bob Corner Airfield on Stinson Block road as the Bay of Quinte Aeromodellers hosted an open house that delighted young and old fans of radio controlled aviation alike.

Whether it was larger scale planes with four and five foot wingspans that flew back and forth gracefully, tiny high powered planes hardly bigger than a shoe box that zoomed along the deck and make quick aerobatic maneuvers or the high flying gliders that used winds and thermal updrafts to stay aloft for hours high above the club’s runway just south of the village of Consecon, there was plenty to take in and observe on Saturday.

The club’s Fun Fly event which was promoted as part of the annual Consecon Community Day was one of about three annual open houses the club puts on for the public each year. 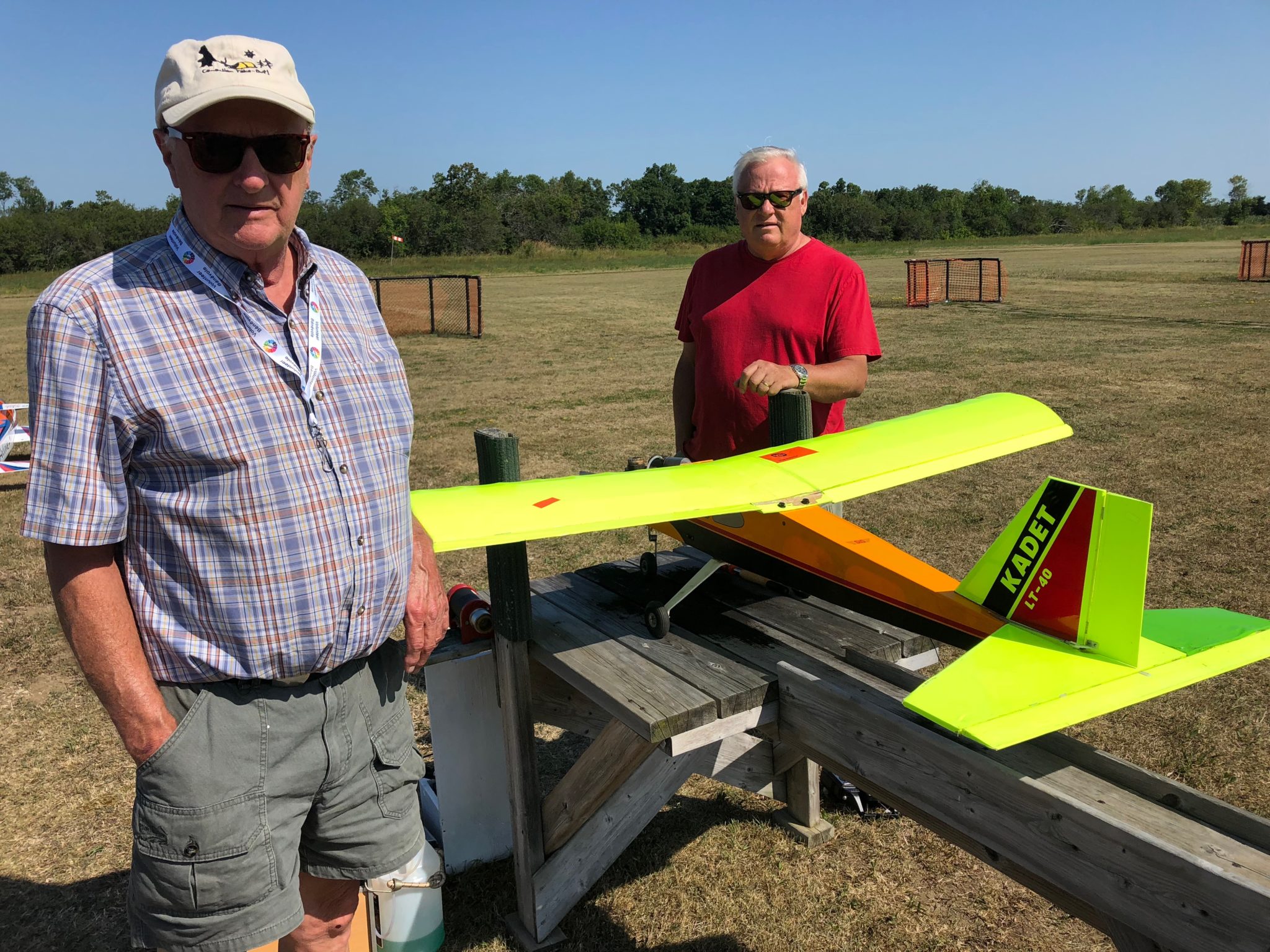 Club President Mike Fielding said it was a great partnership between the club and organizers of the annual civic celebration that helps promote the Civic Holiday open house and welcome the public free of charge to the field to get a close up look at the model planes and the pilots that fly them.

All told the club boasts approximately 35 members and while the past time had previously had some economic barriers to it, Fielding told the Gazette it’s never been easier to get involved with model aircraft flying.

“Oddly enough it’s more economical than it ever was. 30 years ago the radio controls were very expensive and the models you had to build from kits and it was very time consuming,” Fielding said. “Today, you can buy the planes already made or even partly made and the radios, which are now more capable than they’ve ever been with much more features, are miniaturized and much more affordable.”

While the past time might appeal to those that are -ahem- more experienced at life than younger generations, Fielding said it’s amazing how the youth of today can quickly adapt to the controls and begin flying after just a few pointers and a training session on a simulator.

“The younger you are, the easier it seems to be able to work the controls,” the President said. “Being able to master them diminishes with age somewhat.”

Fielding, himself a commercial pilot, said the club boasts a few actual fliers however some of the best model pilots have never been behind the stick of an actual aircraft.

“It really doesn’t matter. Some of the best and most competent pilots we have in the club have never flown an airplane,” he added.

Fellow club member Micheal McMahon was putting the final touches on his powered glider, explaining the aircraft is powered until it reaches a certain altitude and then the engine is cut off.

Given the right conditions, the gliders with their immense wing spans can seemingly hang in the sky for as long as the batteries on the craft and the remote controls will allow.

Even the fowl in the Consecon area were taking note of the activity.

“Earlier we had some buzzards that were joining us,” McMahon said with a chuckle.

Paul MacHold had just safely brought his 20-year-old SIG LT 40 Trainer in for a soft and safe landing and was examining the aircraft post flight when he found a part of the wing had come loose during his flying session.

“It’s good I brought it when I did, it could have been an expensive landing,” MacHold said with a laugh.

Some glue and perhaps a piece of 3M tape and the Trainer would be almost as good as the day the club member finished building it from scratch about two decades ago.

“That 3M tape is some amazing stuff,” MacHold added.