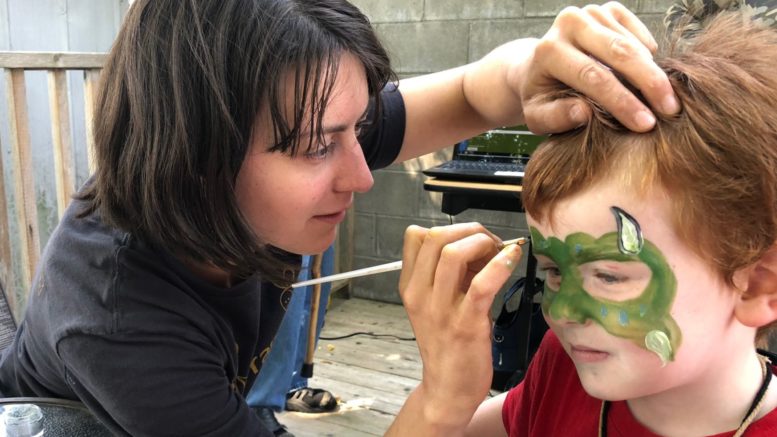 FACE OFF- Face painting at the Consecon Royal Canadian Legion Branch 509 was just one of the many kid-centric events at the 2019 Consecon Community Day on Saturday. (Jason Parks/Gazette Staff)

Despite  a palpable gap in the festivities at the 10th annual Consecon Day there was plenty of community spirit and pride to go around on Saturday even if you were one of the many missing the Soapbox derby portion of village celebrations.

For the first time in nine years, the roar of the wooden chariots piloted by young Scott Goodyears or Jacque Villeneuves was silenced as organizers just couldn’t pull together a dedicated critical mass of derby volunteers. 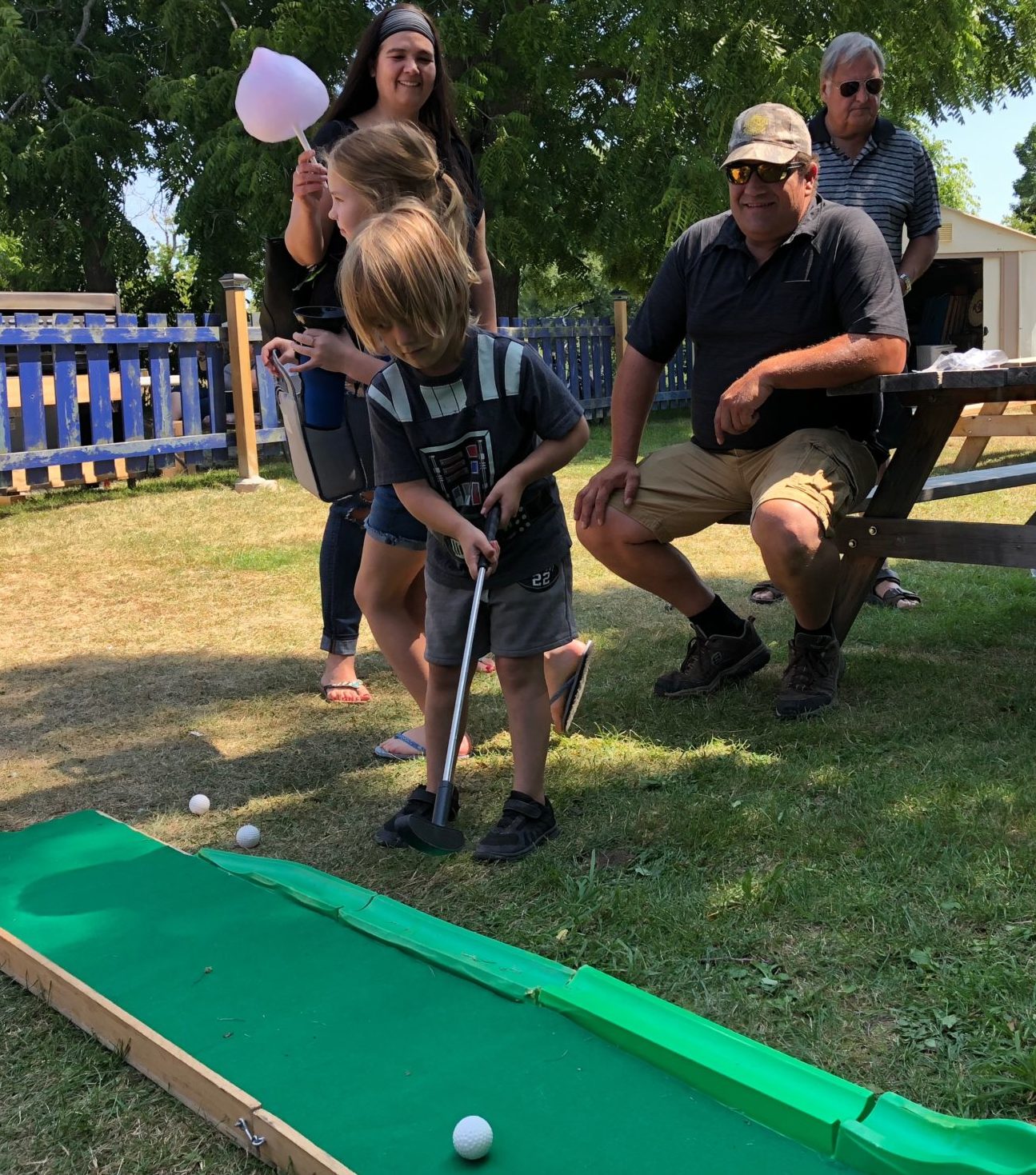 Bill McMahon who took on the role of organizer in 2019 after a couple of years of staying in the background of Consecon Community Day celebrations confirmed the derby, which usually brought out at least 65 entrants and many of those from outside the area, was put on pause this year due to a lack of volunteers.

“It’s a lot of work and 3-4 hours under the hot sun and it just couldn’t workout this year,” McMahon told the Gazette. “No question, we felt the gap in the afternoon because a lot of people really enjoyed the spectacle and lined up Mill St. to watch it. The good news is we’ve picked up four volunteers for 2020 and I’m confident we will be bringing the derby back to the streets of Consecon next summer.”

Despite the lack of the derby, McMahon said 2019 allowed organizers to get back to the roots of community celebration.

In the pre-amalgamation days, the Consecon day was a festival for the kids and this year, the Consecon Royal Canadian Legion Branch 509 hosted a kids zone.

Mini putt, face painting, sack races, three-legged races, a dunk tank, balloon animals and free food were all parts that made a most enjoyable day for the younger ones.

“This year, we were really able to reconnect and focus on the kids and a lot of the younger ones that maybe were too young to be in the derby so that’s a very positive aspect we will be taking into next year and the Legion did a fabulous job organizing and hosting the part of the event,” McMahon added. 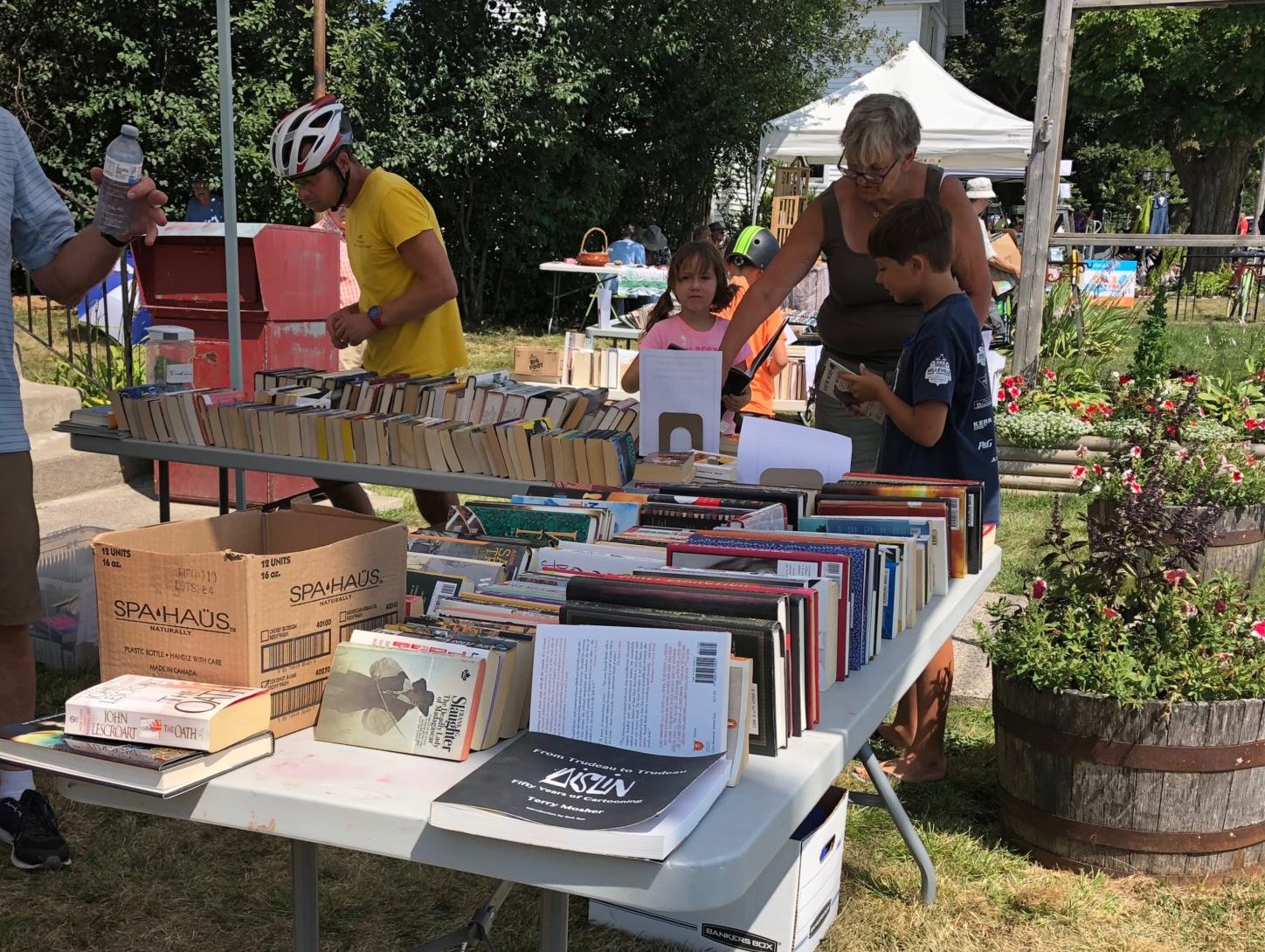 The Friends of Consecon Library book sale was a great place to pick up a ‘new-to-you’ summer read. (Jason Parks/Gazette Staff)

The Consecon branch of the Prince Edward County Library had steady streams of people coming and going while the Friends of the Consecon Library hosted their annual used book sale outside.

The proceeds from the sale will benefit programming at the branch.

Around supper time, those famished from all community events were able to enjoy a pig roast dinner by Walt’s Sugar Shack and then dace the night away at the street dance with music supplied by Monty & Friends Classic Rock.

Revellers were forced to dance in between the rain drops as three passing showers floated over the village.

“All in all it was another successful Consecon Community Day,” McMahon said.

The event was sponsored by the Ameliasburgh Recreation Committee and organized and presented by the Consecon Area Ratepayers Association.