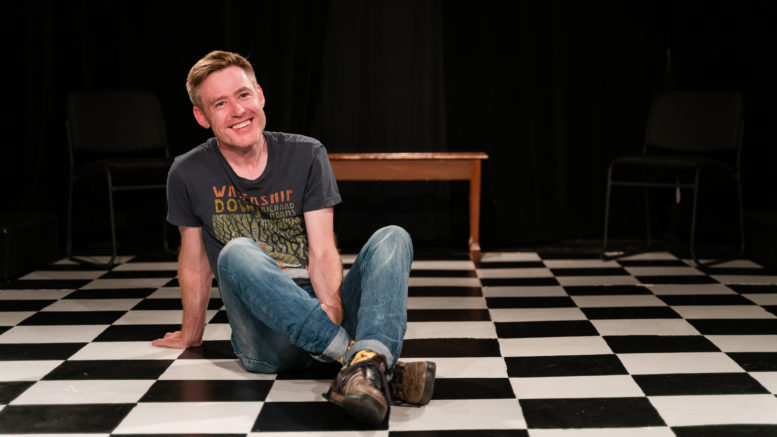 For the next two weeks, Every Brilliant Thing will be gracing the stage of the Studio Theatre in Wellington.

The play by Duncan MacMillan with Jonny Donahue is being directed locally by Dylan Trowbridge and stars acclaimed Canadian actor Gavin Crawford.

The production is the second in a series of Festival Players productions that mark the 2019 season.

Though any play staged in the Studio Theatre’s intimate setting allows for an immersive experience, Every Brilliant Thing gives the audience member the unique chance to walk around the mind of a hopeful boy while he progresses to adulthood as you cheer him on with each great milestone or likewise feel the bottomless pit of the character’s despair opening up before you.

In fact, the play opens as a 7 year-old-boy, played by Crawford, confronts the difficult reality his mother has just attempted suicide.

The plot ebbs and flows through the the heartbreak and anguish of life, all while chronicling the myriad reasons life is worth living.

Commonly described as “breaking through the fourth wall,” Gavin Crawford offered his own take on this type of production when he took a few moments to speak with the Gazette.

“This play breaks through the fourth wall like the Kool-Aid Guy. There’s no walls at all in this play,” said Crawford. “It’s very fun but it’s also a bit nerve wracking.”

Crawford detailed the unique experience of acting in a play that relies heavily upon audience participation.

“It was a bit hard to rehearse because really the audience is a scene partner in so many of the scenes. So, you kind of do the best that you can and it’s very fun. For most of the audience, they don’t have to do a lot,” said Crawford adding the difference between working with the stage manager and a full audience participating is “a different animal.”

Throughout the play, Crawford would speak to the audience as a group-as if speaking to an old friend who he was recounting a story to until, of course, he would narrow his gaze and focus on one particular person or another.

“You kind of just get on a roller-coaster. I feel like it’s my job to make the audience feel at ease and this is a nice play in that I can be spontaneous. There’s a lot of stuff I say that’s not in the script. I can just kind of roll with whatever is happening and the audience likes that,” said Crawford. “They enjoy if something seems like it’s going off the rails.”

The play differs yet again in there is only one actor on stage. Although, audience participation lends the feeling that there are many characters at play. 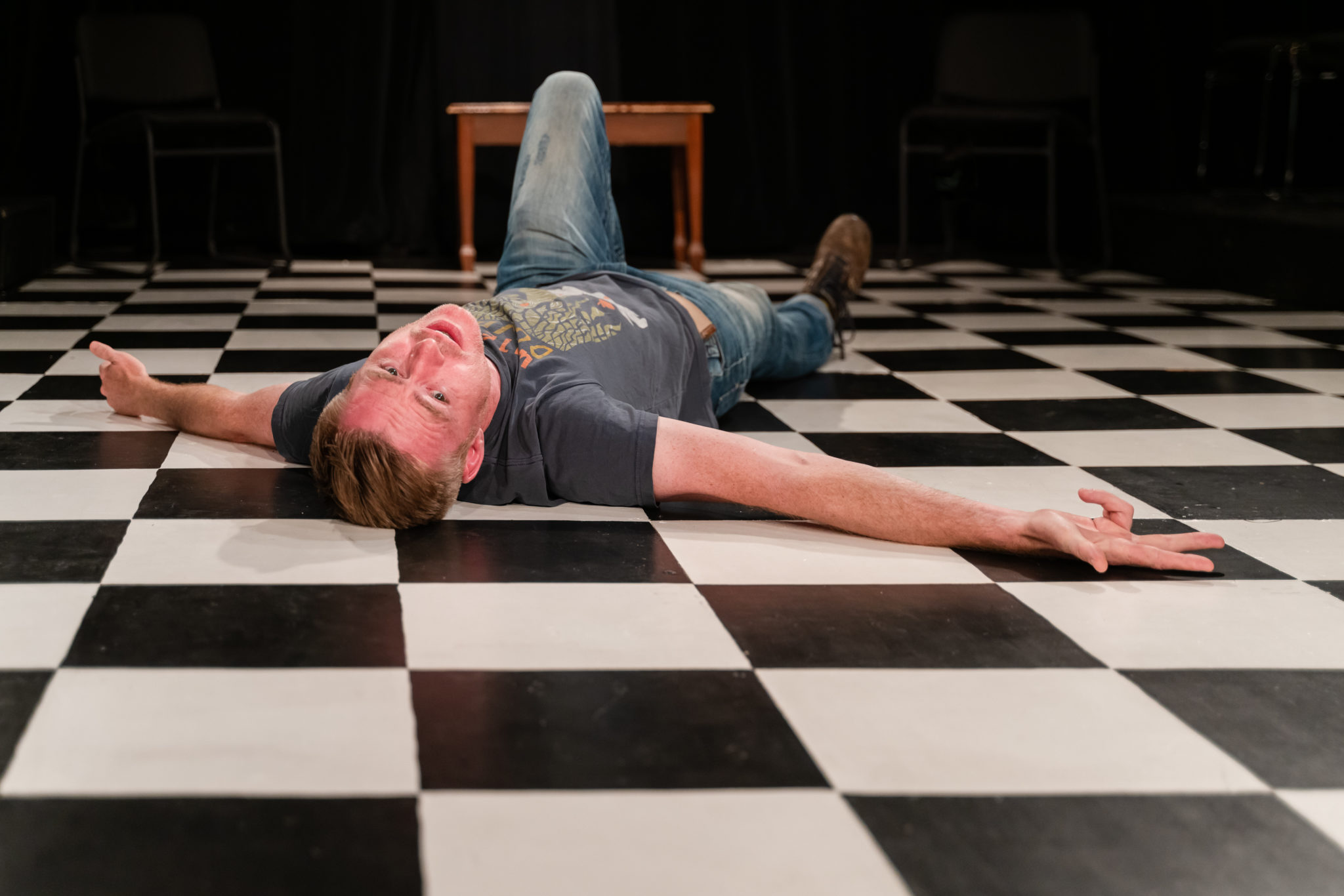 “It’s nice to play one character for an extended period of time. It’s weird because when you do sketch or comedy-because I do plays as well-they think of you as a comedian and not an actor, but when you play characters you’re still playing characters. I sometimes have to remind people that I did go to theatre school, so it’s not always as different as people think it is to play comedy versus something that is more a drama,” noted Crawford.

When speaking about the variables contained within an audience, and how this can inform a play such as Every Brilliant Thing, Crawford asserts that the end product is usually about the same.

“The emotional journey, the feeling the audience has at the end, doesn’t change too much because that’s my job to sort of make sure we get there no matter what,” said Crawford. “If you have a very enthusiastic audience it makes it easier.”

“It’s sort of the difference between riding a bike down a hill, on a flat, or up a hill. You’re still getting to the same place, it’s just sometimes you have to pedal a little harder,” he adds.

Being well-written and well-structured, Crawford believes that while the play gives the audience an opportunity to participate, it does so in a way that allows them to “rise to the occasion.”

“They always surprise not only myself but also the audience and sometimes themselves. They’re always just great and it’s a hard thing to do to make someone suddenly come up on stage and they always do it,” said Crawford.

“It’s not about embarrassing people. It’s about making them feel part of a story and making them feel good and I think that’s what this play does brilliantly. At the end of it, everybody feels connected to the story in a way that they wouldn’t if they were just watching it. That’s the brilliant thing about this play,” mused Crawford.

Speaking about his reason for wanting to do this play, Crawford explains his daring motivation that verges on compulsion.

“Fear (made me want to do this). They asked me if I wanted to do this show and I read the show and thought, ‘That seems scary, but also it seems like skills that I have.’” There’s not a lot of plays that come along that use almost all of your skills at the same time and this one pretty much does. I started off at Second City as an improvisor so there’s acting, there’s improv, spontaneity and comedy,” said Crawford, adding that he knew from the onset that the play was “probably going to be scary.”

“I feel like it keeps you alive if you decide to do things that are a bit scary for you,” said Crawford with a slight smile.

Every Brilliant Thing invites audience members or actor alike to straddle the crossroads of excitement and fear.

The play is being shown until August 17th, inclusive. Tickets are $40+HST. Please find more information at the following link: https://festivalplayers.ca/.