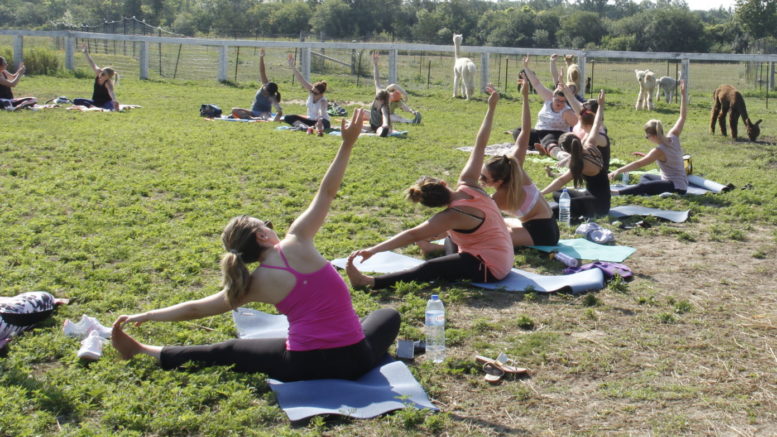 SAYING HELLO- A session of Yoga with Alpacas is being hosted at Chetwyn Farms in Hillier on Saturday. (Desirée Decoste/Gazette Staff)

If you think yoga and alpacas don’t mix, think again.

Kelly saw a tweet from Oakhills Alpaca Farm looking for shearing apprentices two years ago and has now been an apprentice alpaca shearer for Melanie MacDonald of Twoloom Alpacas for two seasons.

Kelly started her apprenticeship in June 2018.

“It’s a very short season between May and early June as they have to make sure the fleece is off to avoid overheating,” Kelly said of the shearing process.

Kelly led power yoga classes in Scarborough after her teacher training in 2010 but, after moving to Prince Edward County in 2013, her desire to lead classes fell by the way side as a result of being in a new community and raising two young children.

As a big fan of alpacas, Kelly saw an article two years ago about a farm in Calgary offering alpaca yoga. 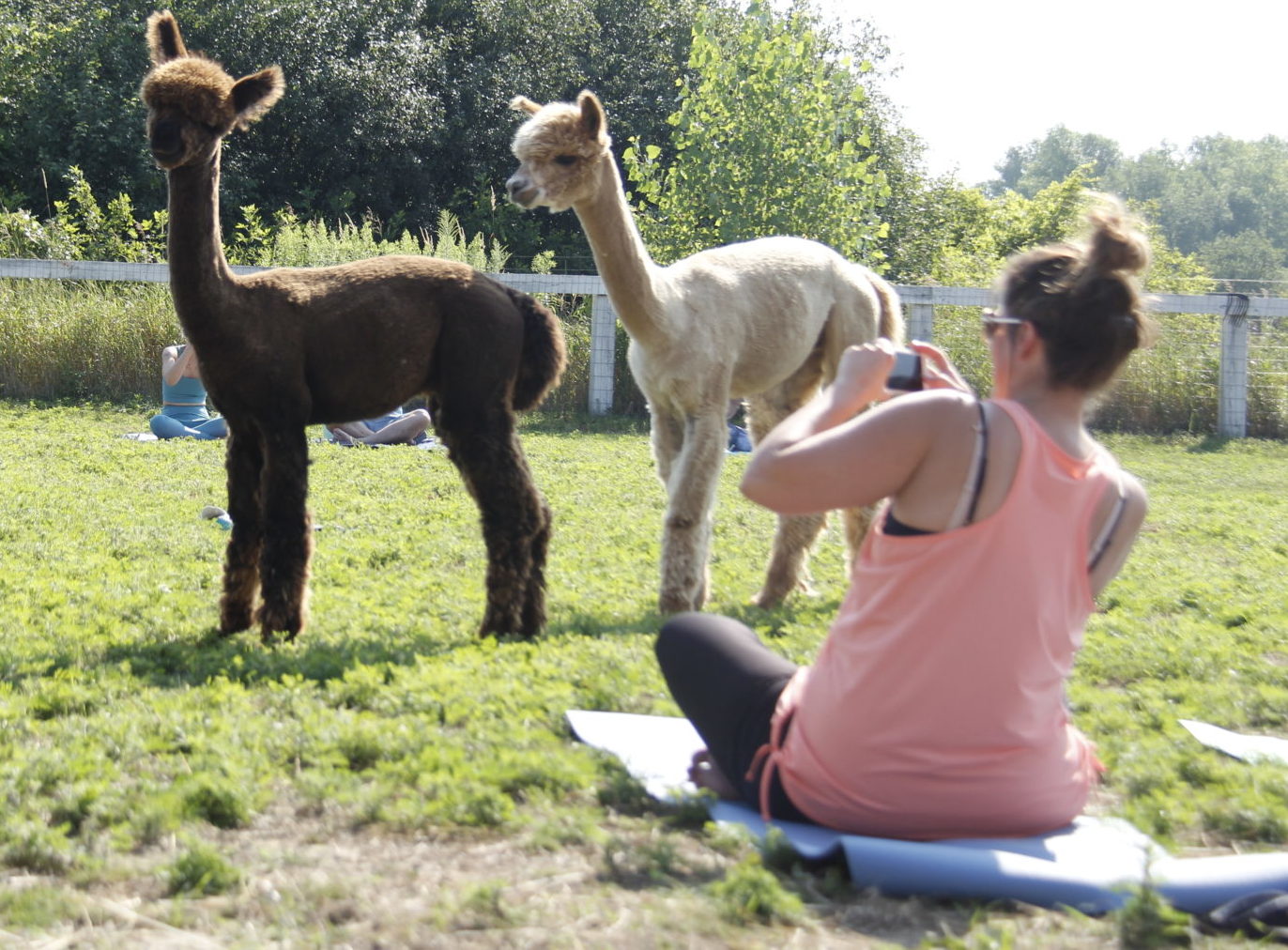 ALL ABOUT ALPACAS- A yogi takes a break to grab a picture during a Yoga with Alpacas session at Chetwyn Farms July 27. (Desirée Decoste/Gazette Staff)

“I reached out to Ted (Pickering) and asked him if he was game which surprisingly he was,” Kelly told The Gazette. “I saw this as a way to offer something unique surrounded by the most amazing creatures on earth, and lead a very casual yoga class.”

There are only four classes a season with class sizes ranging from 10-30 for any given session.

The classes and each year seems to be growing in popularity with many yogis reaching out for private group sessions.

Every year since starting yoga with alpacas, other yoga instructors have reached out to Pickering about doing their own classes at SHED, fortunately Pickering and Kelly are a dynamic duo when it comes to alpaca yoga and he knows her gig isn’t for sale.

“One day I plan on having the land to raise my own alpacas,” Kelly expressed. “But knowing I’m far off from having my own alpaca farm, I felt thing was a logical step to learning more about them.”

This is the only time SHED opens their paddock for the public to enjoy.

“Most people who come most definitely come for the alpacas as the sun is usually blasting down on us and many participants are nursing a hangover which is why I run a very gentle yoga class,” stated Kelly. “The rules are simple, follow as much as the yoga practice as you want, take all the photos you want but be respectful of the alpacas and the other participants.”

A Yoga with Alpacas session is being held Aug. 10.

For more information and to purchase tickets please visit https://www.eventbrite.ca/e/yoga-with-alpacas-in-prince-edward-county-summer-2019-tickets-59262595017