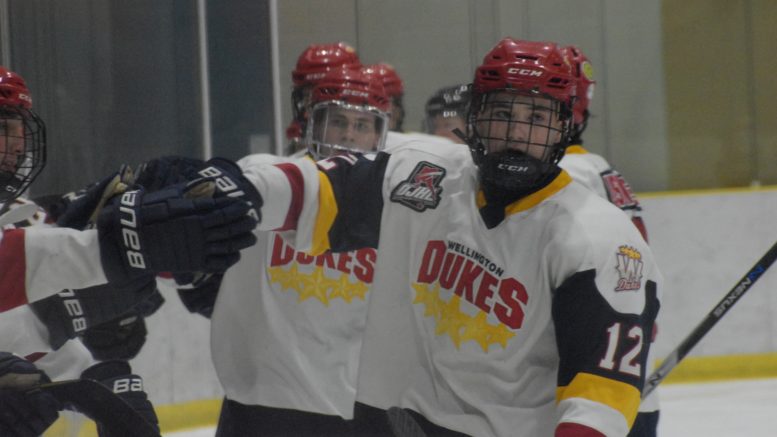 A pair of Wellington Dukes have found themselves on the radar of organizers of Team Canada East (TCE). Forwards Daniel Panetta and Ben Woodhouse are in Cornwall this week to take part in a 44 player evaluation camp.

The Canadian Junior Hockey League (CJHL) and NHL Central Scouting have identified the group who have earned invites to Team Canada East selection camp in advance of the 2019 World Junior A Challenge in Dawson Creek, B.C.

Wellington General Manager Todd Reid was enthused that a pair of dynamic Dukes had been invited to take part in TCE evaluation.

“Any time you get a chance to be a part of a Hockey Canada-organized event like this, it’s very special and we know that Dan and Ben will represent the organization with class,” Reid said.

Panetta, a Belleville native, is entering this third and final season with Wellington in 2019-2020. A tireless worker and a dependable forward on Wellington’s top penalty kill unit, the centreman is slated to follow the footsteps of his older brother Jacob and attend Colgate University starting in 2020-21 where he will suit up with the Raiders.

Dukes Head Coach Derek Smith told the Gazette Panetta will do whatever it takes to win a hockey game. 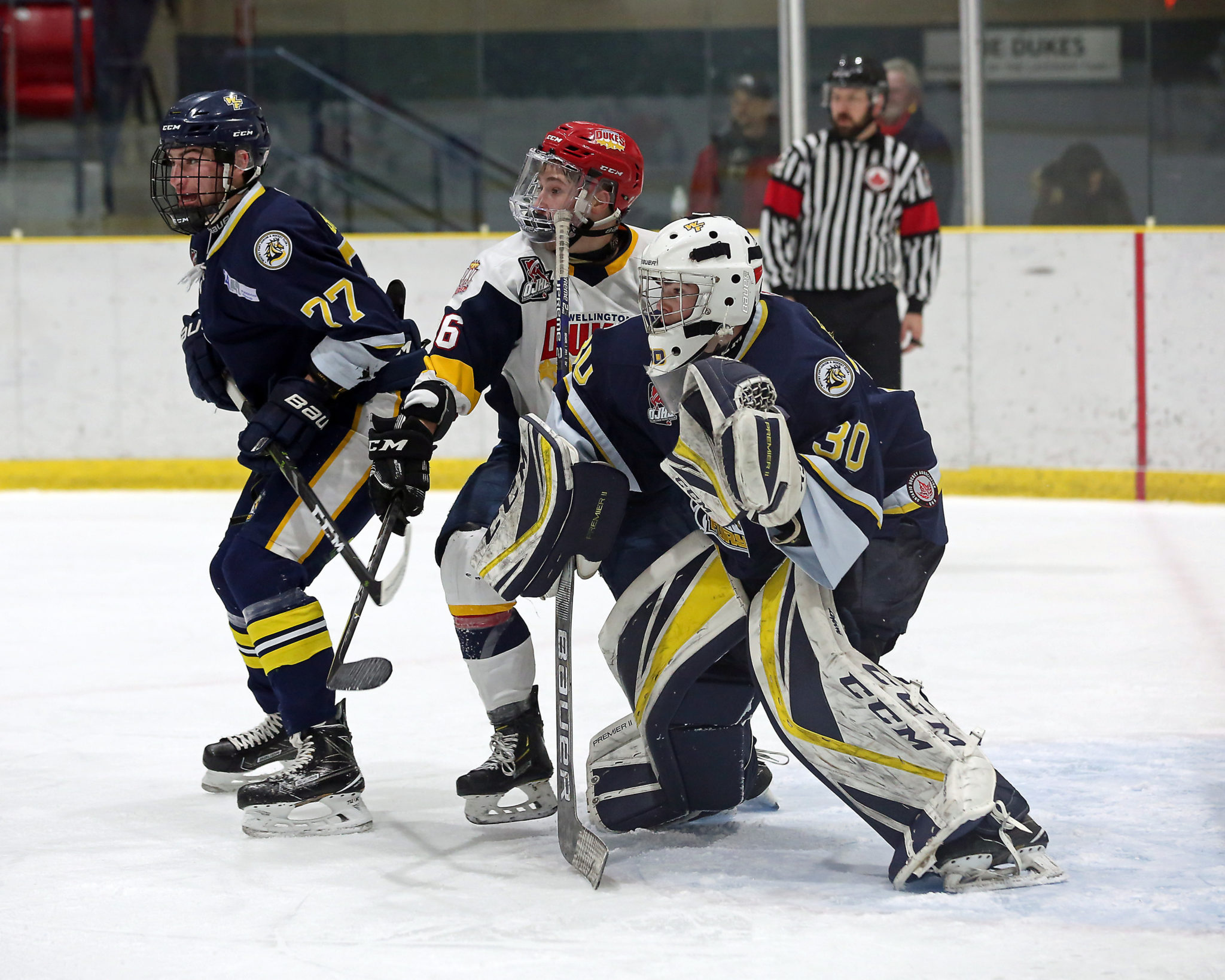 “He always pushes the pace and plays a strong 200’ game,” Smith told the Gazette. “He’s worked so hard to bring his game to this level and we couldn’t be happier for him in taking this first step.”

Smith agreed that when Wellington goes down a man, Number 12 is usually the first forward over the boards.

“He’s so great at taking away time and space and having an active stick,” Smith said of Panetta’s penalty killing. “The other aspect is that he’s fearless. He doesn’t mind living in shot land to protect the net.”

While Panetta has scored eight times in each of the last two seasons, he has a knack for getting the important goals.As a rookie, Panettta scored the game winning tally in the 2018 Royal Bank Cup National Jr. A Semi Finals that propelled Wellington to the Championship game.

Dukes fans got to know Woodhouse at the 2018-19 season wore on but were well acclimated with the Hamilton, ON native by playoff time.

“We certainly had high hopes for Woody at the start of the season but it took him a little time to get used to the league and that’s to be expected,” Smith said. By December, Woodhouse was developing into a dependable performer for Wellington and was at better than a point-per-game clip for the Dukes.In the playoffs, Woodhouse was equal parts agitator and point producer, scoring eight goals and adding five helpers in 23 playoff games.

“He leads by example, he’s a leader in our dressing room and he draws a lot of attention from the other team because of how he goes about his business on the ice. He lives in those dirty areas, he’s fearless around the net and we are counting on him to produce some big numbers this season,” Smith added.

“This marks the first year Team Canada East will host a summer selection camp, which will help the team staff evaluate and select its roster earlier than previous years and continue to evaluate the players throughout the season,” said Brent Ladds, president of the CJHL. “We are excited to start the evaluation process for Team Canada East next week, and we look forward to watching both Canadian teams compete for a gold medal at the World Junior A Challenge in December.”