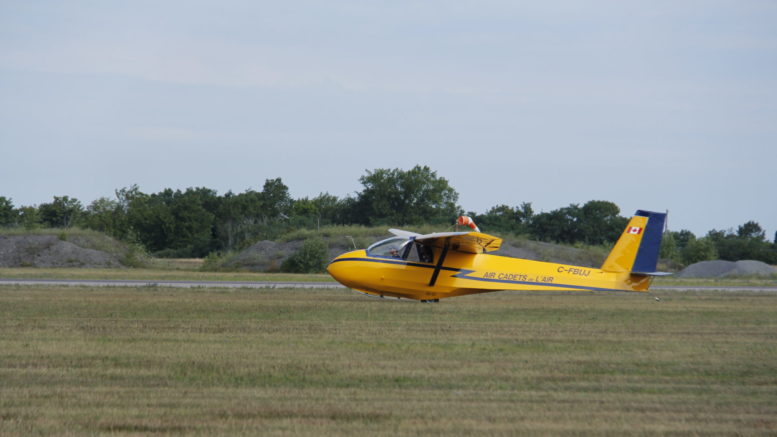 EASY GLIDE A cadet with The Central Region Gliding School is seen at the Mountain View Cadet Flying Training Centre landing a glider. The facilities at Mountain View were re opened by the school in 2012 and is now home to the primary maintenance and supply facilities as well as the administration side of the program. (Desirée Decoste/Gazette Staff)

What was then called the Central Region Gliding School (CRGS) formed in 1967,  the purpose was to provide familiarization flights to the cadets that were attending  the Trenton Training Centre over the summer months.

Today, Royal Canadian Air Cadets (RCAC) from all over Ontario continue to soar high in the skies over Prince Edward County as a tradition of learning and loving flight continues at the Mountain View Cadet Flying Training Centre (MVCFTC) and its satellite base of operations at the Picton airport.

On Thursday, the MVCFTC opened up the flight deck to civilians and members of the local media were allowed an opportunity to take a ride in one of the Schweizer SGS 2-33 gliders the program uses to train young cadets. 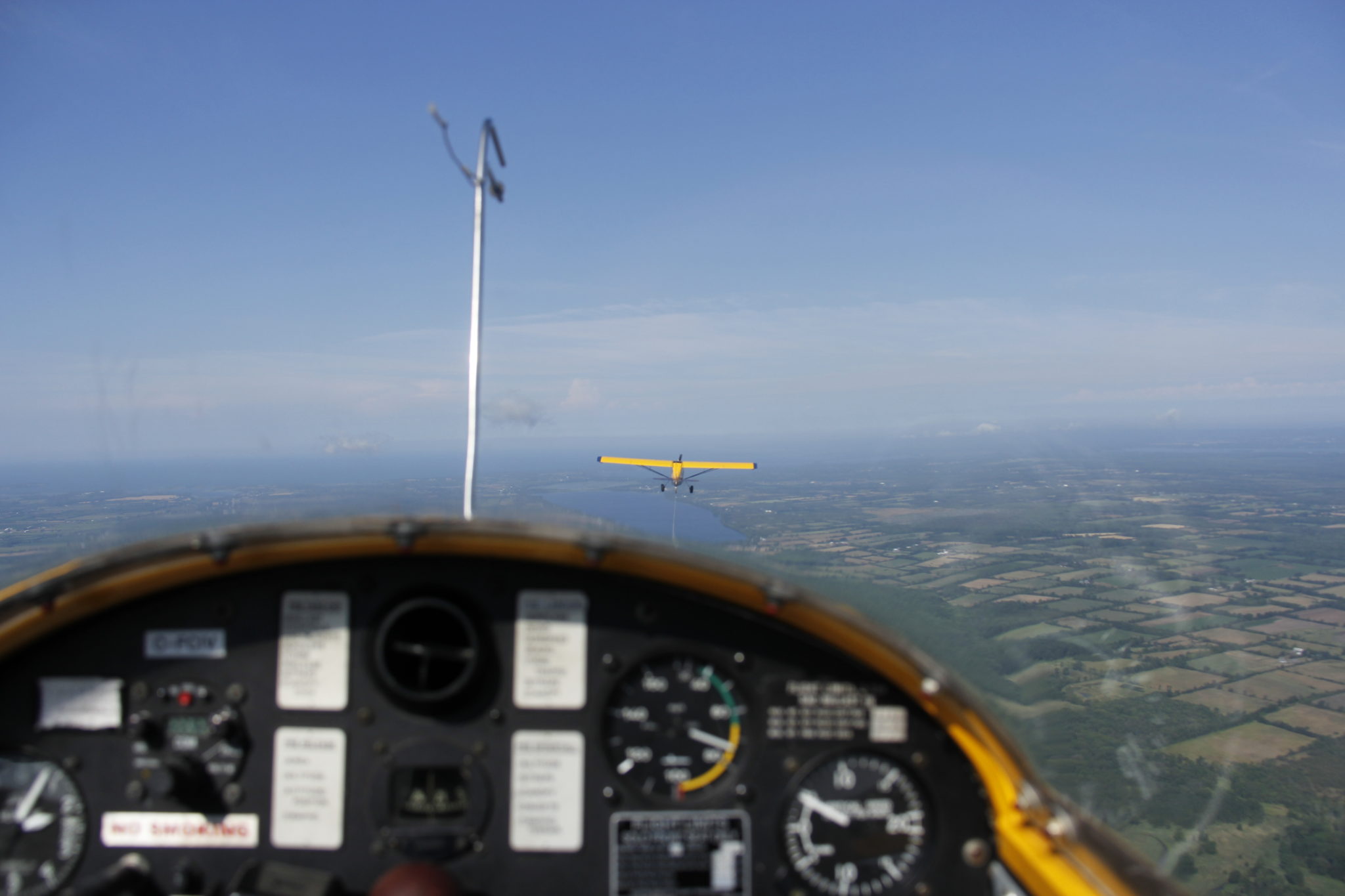 When asked by The Gazette if he’s fully focused up in a glider, Cadet Colin Appleman said it was acceptable to have a quick glance and enjoy the splendour of the scenery of Prince Edward County.

As long as the pilot remains focused on their task.

“That’s one of those things, in order to be a pilot you need to have that focus all the time but that doesn’t mean you still can’t enjoy the scenery up in the air,” Appleman said.

Cadets applying for the Glider Pilot Scholarship must be 16 years old by September 1st of the year the course is taken.

John Charno, a civilian pilot on staff at the MVCTFC and entrusted with flying the Gazette over the wilds of Crofton and area is one of the best according to Cadet Communications Officer Lieutenant Gillian Metcalfe.

During a 15 – 20 minute flight 3,100 feet above sea level Charno explained wind speed among other things in the cramped cockpit  and appeals to his passenger by bringing the craft into and out of  a full spin or a spiral dive.

“To me it’s phenomenal the leadership skills Cadets can get and that they want to share that with their peers,” Metcalfe expressed. “It’s peers leading peers which I don’t think you get that very much out in the world. It’s usually an adult telling a kid what to do, where here it’s people who are a year or two older or the same age  who are just helping them along the journey.” 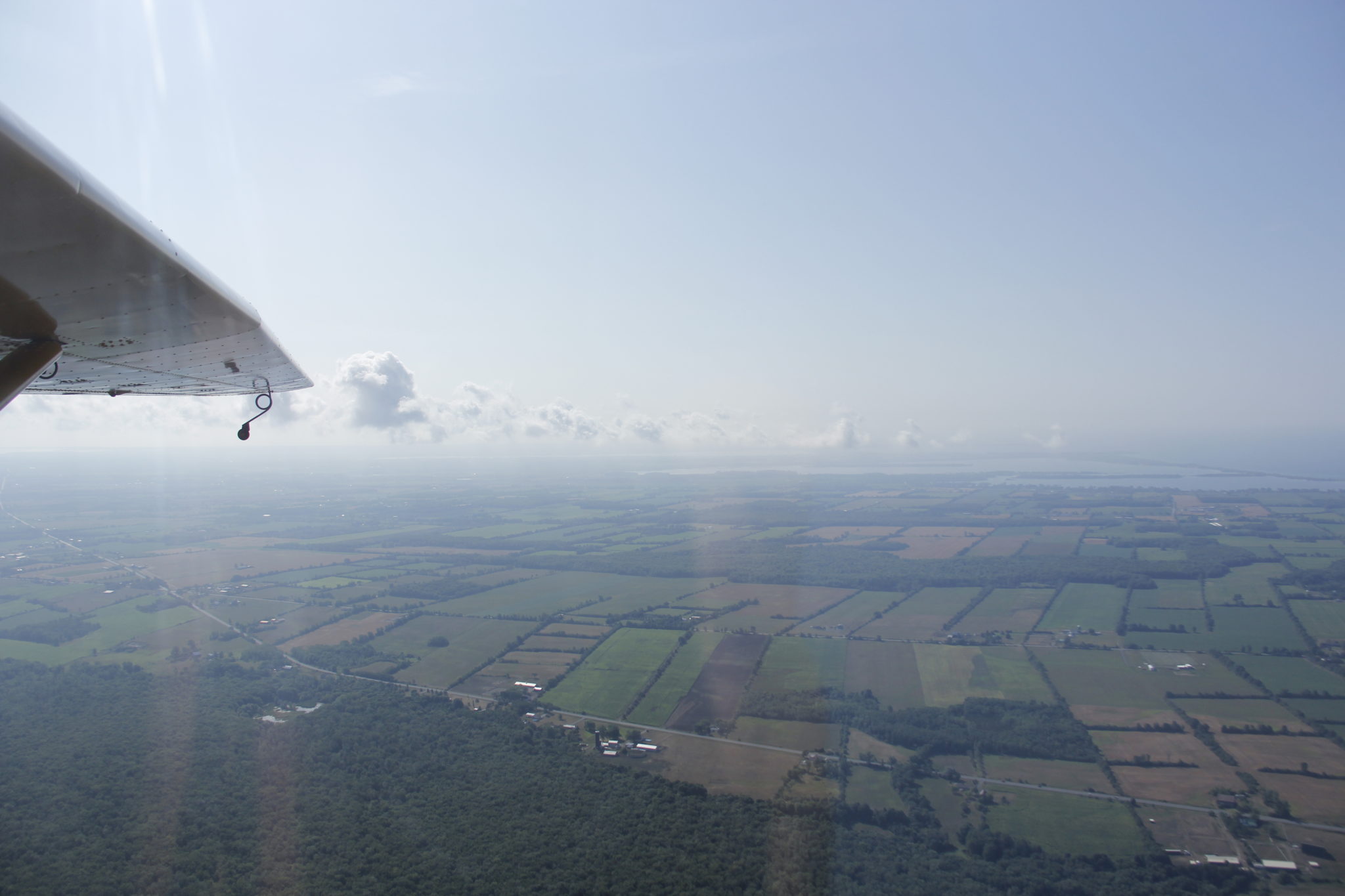 FAR AND WIDE Enjoying the scenery every now and again is one of many perks when being a cadet and flying 3,100 feet above sea level in a glider. (Desirée Decoste/Gazette Staff)

The facilities at Mountain View were renovated and reopened  by the school in 2012 and is now home to the primary maintenance and supply facilities as well as the administration side of the program.

“One of the things I think a lot of people don’t understand is it’s great to have pilots and this course definitely helps with that,” Metcalfe stated. “But without all the people maintaining the aircrafts, the pilots can’t take the planes off the ground so this really gives them the hand on experience that they need not only if they want to pursue the pilot path but anything else in the aviation industry.”

The summer training courses offer an opportunity to take up challenges and acquire new experiences while, at the same time, encouraging team spirit, mutual assistance, comradeship and physical fitness in a safe and fulfilling environment.

“It’s something different then I’m use to,” Appleman said. “It’s an amazing experience and really fun to be here. It’s setting me up for my future.”

As an air Cadet students have a chance to earn both their gliders pilot’s licence as well as their private pilot’s licence and while the path is not an easy journey, the reward is worth the work.

From navigation and weather to instruments, good pilots have a sound knowledge of everything to do with aviation and it takes quite a bit of studying.

“Cadets learn a lot of leadership skills as a part of cadets,” Metcalfe told the Gazette. “Our focus here is creating pilots but in the creation of pilots we’re creating the leaders and we’re really focused on creating leaders of today and leaders of tomorrow.”