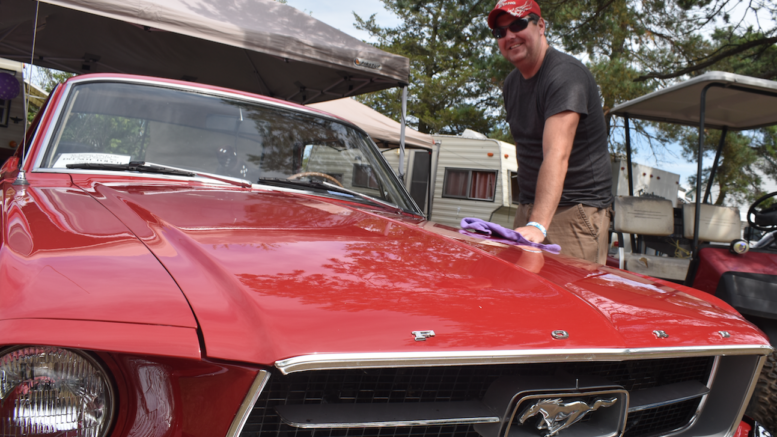 All roads led to Ameliasburgh this weekend as the Prince Edward Auto Club celebrated their 45th annual Street Meet at Roblin Lake.

Even with a heavy rain shower or two that moved over the Auto Club grounds Saturday, organizers were thrilled with the turn out. In total, over 500 attendees showed up to see a wide selection of classic and late model cars, trucks, vans and some means of conveyance that almost defied description.

“It was a fantastic weekend, the weather didn’t hold us back at all and we had a better turnout than we did in 2018,” an enthused Auto Club president Troy Bennett told the Gazette Monday after the final classic car had pulled away from the 2019 Street Meet.

Over 200 cars were registered this year with exhibitors coming from as far away as Ohio, London in the West and Ottawa in the east.

Bennett said a wonderfully restored 1969 Dodge Charger was a big draw as was the Ratrod class.

The show also featured motorcycles and 1955, 56 and 57 Chevys from Ed and Donna Gaunt were also a hit.

In addition to classic cars at the 45th gathering, there were classic Prince Edward Auto Club members in attendance to celebrate the last milestone Street Meet prior to the upcoming half century edition in 2024.

Founding Club President Bob Vincent who was was a leading charter member when the club originally was founded in 1972 made his way from his home in Bradford to Ameliasburgh to attend, if you can believe it, his first Street Meet.

“To have the original president and some of the founding members there, enjoying themselves and talking about the history of the club, there’s now words to describe it, it was absolutely amazing,” Bennett said.

Vincent helped form and led the club for about two years before moving away from Prince Edward County for good in the 1970’s.

A mechanic at Grindrod’s and Roblin’s motors locally before going on to work on trucks and busses in western Ontario, Vincent spoke about the club’s initial formation.

“There was a Supertest station owned by George Hanna on Main St. (where the Vic Cafe sits currently) and it was just a bunch of us parked in the parking lot talking about getting a club together,” Vincent recalled.

Because of work schedules, Vincent had yet to actually attend a Street Meet.

The gathering’s started in 1974 just after he left the county for employment. 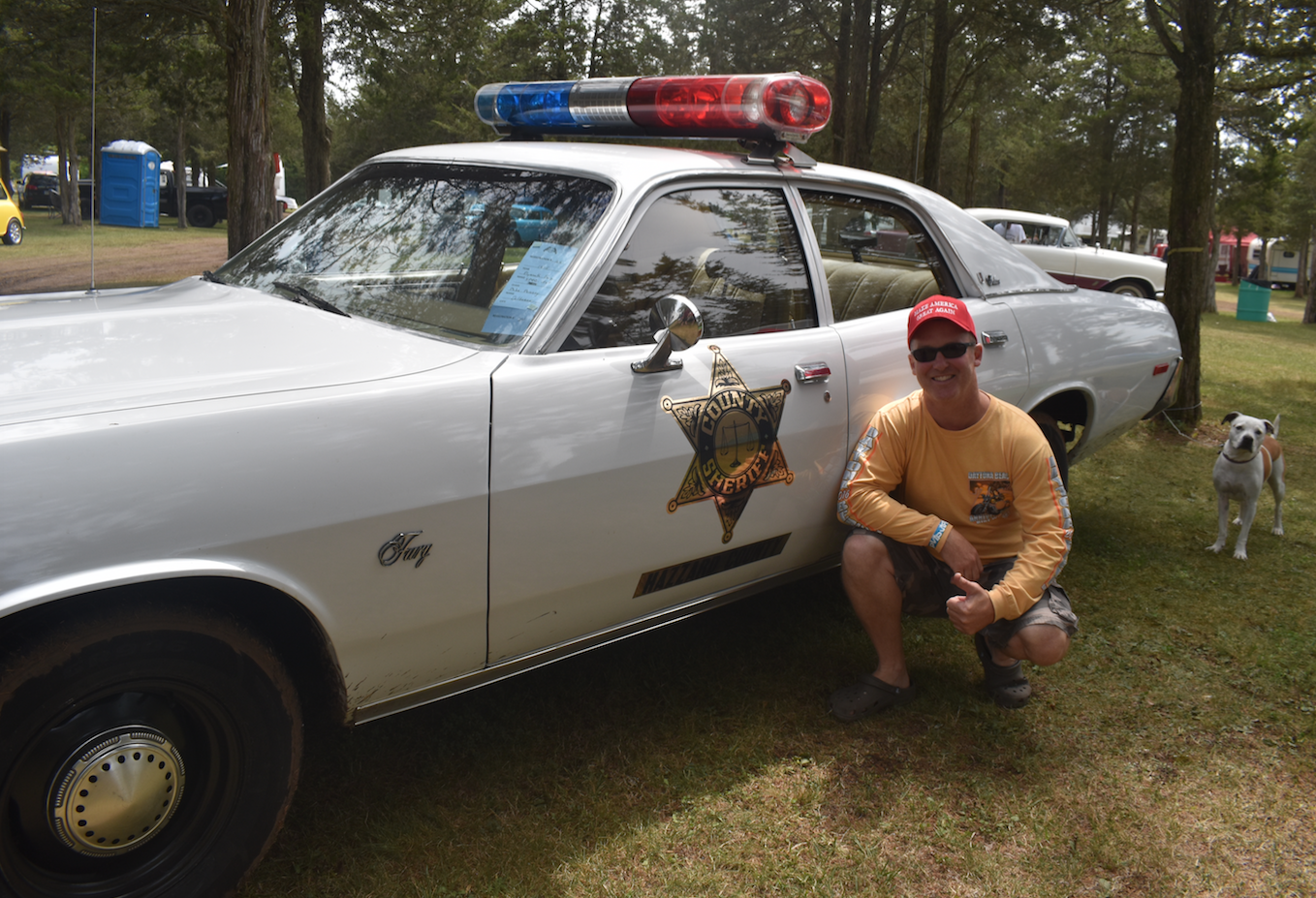 “I’m so happy to see the guys have stuck with it and made the club into what it is today. The clubhouse here at Roblin Lake- it’s wonderful to see. When we started, we didn’t have any money but they’ve worked hard to create something special and It’s so great to see how it’s turned into this wonderful club that does so much,” the former President added.

Odessa’s Sean Truscott had a 1967 cherry red Ford Mustang that he’s owned for about 20 years and he has been attending the Street Meet for about that long.

The third owner of the classic car, Truscott told the Gazette Street Meet weekend is always a great time.

“It’s such a great family event. You can camp and meet new and old friends and talk about your  love of cars,” Truscott said.

The third owner of the vehicle, Truscott said the motor had been upgraded from a stock straight six cylinder to a 302 for “a little more fun” and general upkeep to the floor boards and interior kept the Ford in showroom condition despite the fact Truscott does drive it regularly in the summer time.

“I find they are meant to be driven. I’ll be out and around and get the thumbs up and that’s cool. What’s the point of having something like this locked away in a barn some place, it should be enjoyed,” he added.

Back in 2015, the Gazette spoke with Mike Phinney and included pictures of the Colborne man’s award winning General Lee Dodge Dodge Charger from the television series The Dukes of Hazard in that year’s coverage.

This time around, Phinney once again came to the Street Meet with a car from the television series but it was more about hot pursuit than Bo and Luke in 2019.

A great rendition of a Hazzard County Sherrif’s police car that looked as though it was driven by Rosco P. Coltrane himself was Phinney’s entry this year and the 1975 Plymouth Fury wasn’t lacking in any detail.

“It’s what I call Season one,  round headlight car,” Phinney told the Gazette. “It has the correct graphics and decals, the light bar came from a friend in Nova Scotia that sourced it in  Massachusetts and it has the right wheels and hub caps.”

While General Lees of varying accuracy and condition might not be the hardest car under the sun to find, picking up a 70’s Plymouth Fury is a tougher task.

Phinney said most of police car models from the series run really haven’t survived that well in the wild.

“These cars weren’t really collector items to start off with. They are a four door car so people really didn’t hang on to them so to see them restored is somewhat rare,” Phinney said “I haven’t seen many of these and when you do see them,  they are usually full of a lot of body fill.”

“It was originally sold new in Renfrew, ON and it came with the tan interior which is what was used in the television series,” he added.

Up next for the diehard Dukes fan?

Whether it was a car from show business or a classic that was all business at the quarter mile, there were plenty of vehicles to see and admire this weekend at Roblin Lake and all for a good cause.

Bennett reported that earlier this year, the Club donated nearly $700 for the new magnetic bases at the Roblin Lake softball diamond.

At Street Meet’s opening night, over $300 was raised for the Regent Theatre Foundation and, by the end of the event, a truckload and rear seat load of non-perishable food items had been gathered for Wellington’s Storehouse Food Bank.

After final calculations are made and the bills are paid from this weekend’s expense lines, the Prince Edward Auto Club is hopeful to make a donation to the Prince Edward County Memorial Hospital Foundation’s Back the Build Campaign as well as support the nearby museum at the Fairgrounds as well as the Al Purdy Ameliasburgh Branch of the Prince Edward Public Library.