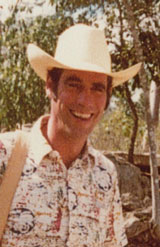 Harry Rife Wells
Aged 75, of Darlington Heights, Virginia died on August 6, 2019 in Greater Napanee, Ontario, Canada. He is survived by his three children Alex, John and Emily Wells; his sister Deborah Robinson (George); his nephew George Robinson III (Margaret) and niece Margot Green. He is also survived by his former wife and mother of his children, Tina Wells. Harry was born on February 4, 1944, in Bryn Mawr, Pennsylvania, to Harry R. Wells, Sr. and Olga Cushing Leary, Jr. He attended Middlesex School before pursuing a bachelor’s degree at Cornell University and joining the Acacia social fraternity. Although he entered as an engineering student, Harry ultimately found success in the horticulture program. He went on to purchase land in Virginia and open Nonesuch Nursery in Pamplin, providing trees for the Seattle World’s Fair and winning prizes throughout the mid-Atlantic for his nursery work. Shortly after moving he met and married Tina, together they had three children. After operating the nursery for 20 years Harry retired. In 1991 the family moved to a farm known as Cork in Darlington Heights and transitioned to raising Hereford cattle. Following his second retirement, his lifelong passion for collecting oriental rugs developed into a small business. Harry traded rugs with friends all over Virginia, North Carolina and Pennsylvania. In his later years he divided his time equally between Ontario and Virginia, making many dear friends. He was known by all for his exuberant personality, eccentric ideas and enthusiastic enjoyment of life. He passed away near Glen Island, his beloved vacation home since childhood. Friends and family are invited to attend a party in his honour on Sunday, August 18th, from 3pm-5pm at 2876 Bloomfield Road, Cullen, VA. A celebratory gathering will also be held on Monday, September 2nd, from 3pm-5pm at 42 Youngs Point Road, Greater Napanee, ON. In lieu of flowers, the family requests that donations be made to The Nature Conservancy (www.nature.org) or the Depression and Bipolar Support Alliance (www.dbsalliance.org). Online condolences at www.wartmanfuneralhomes.com