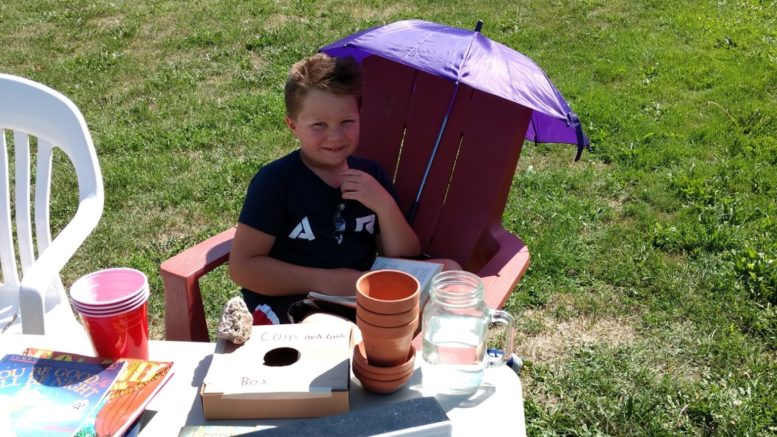 Donors of all ages support the Prince Edward County Memorial Hospital Foundation’s Back the Build Campaign. The PECMHF campaign to build a new hospital in Picton relies upon the hard work of such volunteer fundraisers. For two years now, the youngest volunteer involved with this campaign has been eight year old Haimish Hunter.

Hunter’s 2017 donation, totalling $42, was gathered by collecting spare change along the Milford Fair parade route. This year, Hunter far surpassed his initial donation by gifting the campaign with $142. The young entrepreneur did so by running a lemonade stand on August 15th outside his Bloomfield home, with the help of his Mom, Hilary Fennell.

“Haimish is the youngest donor in our database. Our foundation team, including Haimish’s Eema, Monica Alyea, is proud of the philanthropic zest Haimish is demonstrating, giving back to our hospital and community,” said Shannon Coull, Executive Director of the PECMHF.

“Whether it was a couple of dollars or a larger bill donated for a glass of lemonade, all will help support the foundation get closer to our goal of building a new hospital for the County,” added Coull.