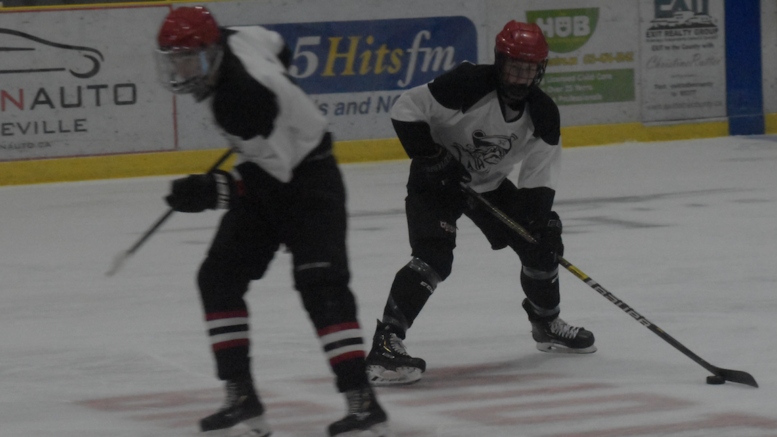 It’s looking to be a matter of “Second verse, same as the first” for the Picton Pirates this season.

Fresh on the heels of a very 2018-19 successful season, undoubtedly their best campaign of the Chris Masterson-Tyler Green era, the Pirates find themselves back at square one.

While the proof took some time to develop into a crystal clear picture, General Manager Masterson and Coach Green were able to unearth some hockey playing gems, make a trade here and there and build a team that, if not for the Napanee Raiders juggernaut, would and could have potentially represented the Tod Division in the Schmalz Cup playoffs.

In spite of being swept by Napanee in the post season, it’s not a stretch to consider Picton as one of the top 15 outfits in the PJHL at the end of the 2018-19 campaign.

But all the good work undertaken by the Pirates braintrust will need to be replicated as graduation, development and player movement has hit the club hard in the off season.

Forward Landon McLellan has signed with the Wellington Dukes and defenceman Cooper Rogers, Derek Vos and netminder Kyle Renaud are likely to get long, hard looks from the Junior A club.

Dependable forward Justin Arnold has decided to head off for post-secondary studies in Peterborough.

While Picton has inked a number of quality prospects this summer, graduation and development could hamstring the club before the 2019-20 campaign even gets started.

Needless to say, Picton has hung out the help wanted placard.

We’ve lost some players heading off to Jr. A and that’s a shot to our team but we always have to remember that development has to be in the forefront of our minds at all time. We want to push the players forward to new levels and that should be our primary role at this level in the hockey food chain,” Green told the Gazette Monday as the club put returnees and prospects through their paces in an uptempo scrimmage.

Green said youth would once again be served in Picton this season with a number of 16 and 17 year-olds battling for prominent spots in the Pirates lineup.

“We think there are a number of players here tonight that are Quinte graduates that can be a part of the uptempo game we like to play,” Green added.

The loss of graduates Tye Eaton and Matthew Scott who were in attendance to coach the black and white teams during the scrimmage sessions will most certainly hurt the Picton blue line.

With the status of Vos and Rogers up in the air, Kurtis Wood and Nick Kyte could potentially be the lone returnees to the Picton defence corps.

Green said the club will remain in contact with the Dukes on any potential development and affiliated player opportunities.

“There’s a lot of balls in the air and we are keeping an eye on what’s happening at other camps at other levels just to make sure there’s no leaf left unturned,” Green added.

Picton kicks off their 2019 preseason slate with a game in North Kawartha against the Knights in Apsley Sun., Aug. 25.

Picton’s first home game is of the exhibition season is Thurs., Aug. 29 against Gananoque at Lehigh Arena at 7:30 p.m.