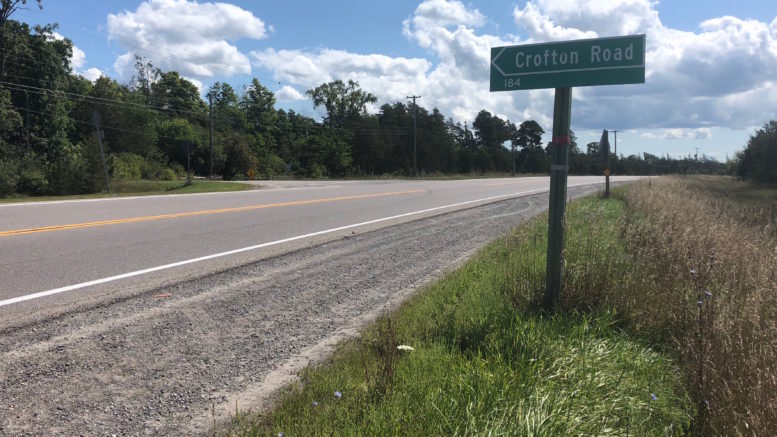 Members of the Prince Edward County Detachment of the Ontario Provincial Police are investigating a fatal, two vehicle collision on Highway 62 that took place Friday evening.

The crash took place just before 7:30 p.m near Crofton Road.

Police say a northbound vehicle  had gone out of control and partially crossed the roadway where it was struck by a southbound vehicle.

The northbound driver, Autumn Cooke, 24,  of Belleville, ON died as a result of her injuries.
Details were not available as to any injuries to the other driver.

The investigation into the collision is continuing, but charges are not anticipated.

Any person with information regarding this incident should immediately contact the Ontario Provincial Police at 1-888-310-1122. Should you wish to remain anonymous, you may call Crime Stoppers at 1-800-222-8477 (TIPS).

In other OPP Police Reports, earlier in the day on Friday, Officers investigated a fail to remain collision in the early morning hours.

Just after 1:00 a.m. on Friday, Members of the Prince Edward Detachment received a report of a grey hatchback-type vehicle in the ditch at the intersection of Bond Road and Maypul Layn Road in South Marysburgh Ward.

A second complaint was received by OPP regarding a male who went to a nearby residence asking for assistance from the same area and reports from the scene indicated the driver was now hiding in the bushes nearby.

OPP Emergency Response Team (ERT) and Canine responded to the scene to assist as the male had fled further into the bush and through a cow pasture.

Police received a third call in the area of a suspicious person on a front porch at a County Rd. 13 address.  The suspicious person matched the description of the male hiding in the bushes. The suspect was located and arrested. It was determined that the male had rolled or crawled into cow manure while trying to evade police.

Jonathan Wilcox, 23, from Prince Edward County, ON has been charged with the following Criminal Code and Highway Traffic Act offences:

The accused was released from custody and is scheduled to appear in the Ontario Court of Justice in Picton on Wednesday, September 11, 2019. The vehicle has been impounded for 45 days.